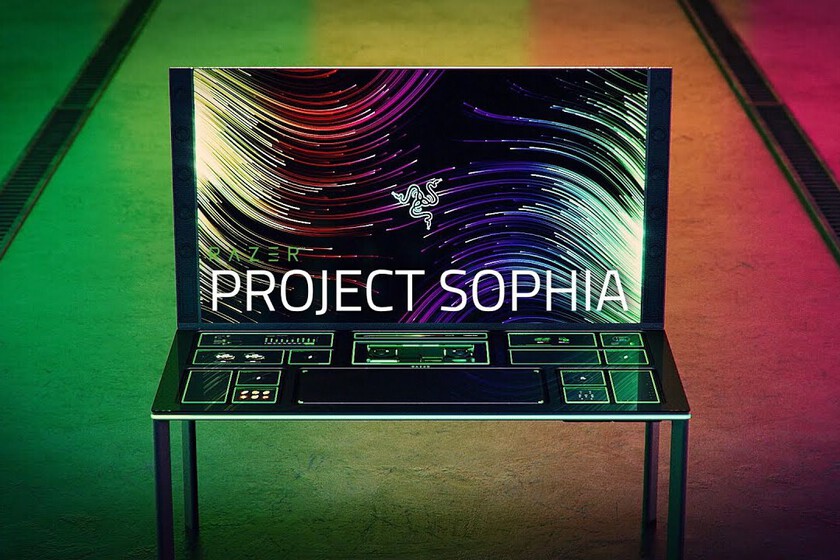 It is not the first time Razer He takes advantage of a fair like CES 2022 to show a prototype that looks like something out of a science fiction movie, but if we take into account that his latest madness was to create a mask prototype that finally ended up reaching the market, do not assume anything for impossible.

Taken from what could well be the gamer desktop of Iron Man, the latest project of Razer is named Sophia, and it is a table focused on PC gaming that does not lack detail. A huge modular gadget in which to integrate touch controllers, display and almost everything you can think of.

With 13 modules Separated to customize the gadget to your liking, the average user could have a touch screen for use with a stylus, another to control and view social networks, show the calendar, shortcut keys for their streams, wireless charger, sound control an beverage warmer …

Razer imagine the project with magnetized modules that you can put and remove as you wish to create a perfect desk on which to spill the coffee when sneezing and hitting it with the elbow (it can happen, I attest). Whether you’re a streamer, gamer, sound editor or a simple multitasker, there is a setting for you.

For now, no plans have been revealed to bring the project to production, but you already know how this prototype works, which serves to present an idea that could later end up being used for other products. We will see what the invention of Project Sophia with the passing of the months.

Read:  Take-Two ceases the sale of GTA V in Russia, the third most popular game in the country, and will prevent users from installing it

“When will we face the gun lobby?” Biden says after Texas shooting

All the details you didn’t see in the official ‘Thor: Love and Thunder’ trailer