I turn minecraft into a dungeon roguelike from hell with a mod and lose years of life. I miss Elden Ring

By CooperOctober 15, 2022No Comments6 Mins Read 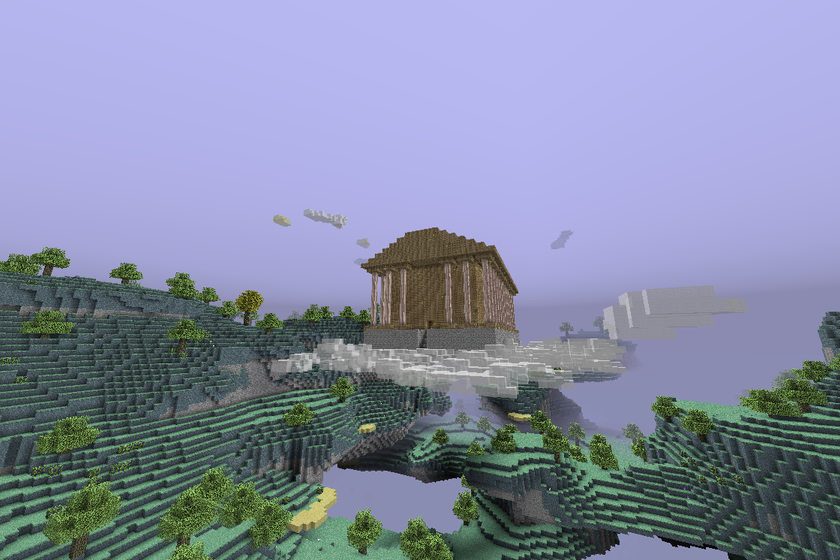 minecraft is sucking my health like a dementor. I had forgotten how horrible this friendly-looking game can be after several weeks of traveling to other worlds and completing a Castle in the Sky dungeon that turned out to be very light.

Since I was on the subject of dungeons, I thought I’d look for a dungeon based mod and found Roguelike Adventures and Dungeons a modpack or pack of mods that adds a lot of content and turns the experience into a roguelike. So that we understand each other, something similar to Returnal and Hades. If you die, you have to start over.

Index hide
1 Roguelikes suck the life out of me. Now in Minecraft.
1.1 My First Big Adventure: A World Quest
1.2 A New Beginning: Dungeons of Despair
1.3 One last chance filled with hate

Roguelikes suck the life out of me. Now in Minecraft.

I do not like the roguelike games. I don’t think they are bad games nor do I have anything in particular against them, I just don’t like losing years of life. I’m terrible at it, as much (if not more) than fighting games (like Tekken) and sports games (like Fifa). I am evil. Worst.

being in Minecraft, I thought it would be lighter, but nothing is further from reality. She thought they were dungeons to complete and little else, but no… this mod turn the whole world into a roguelike which includes dungeons and skill trees, among many other things.


The appearance in the world of this mod is the same as in the normal version of Minecraft: you appear in a place and you must get experience and resources to progress. But soon you realize that the game you know has been left far behind.

The first wall I came across are the skill trees. Here you have to progress through these to get recipes and other advantages. It has RPG sections such as the possibility of becoming the magician or knight class, for example.

The mod includes a lot of new creatures, world quests, lots of dungeons, etc. My first stop on the mod was a quest that sent me killing creatures. The typical. First of RPG: kill a few minions to advance and get things.

And there I was, walking to the place where I had to kill my first bugs to level up. Needless to say, the first mission was not difficult to complete. I admit that I was very relaxed, but that was because I did not know everything that was coming at me.

After a few hours of completing quests, exploring, and advancing through the skill tree branches, the fateful moment arrived… one of them.

As I was walking, I saw some red Structures, like tall houses. As I got closer, a bunch of enemies came out and started attacking me. When I say “a lot”, I mean a lot of enemies. So many that when several hit me at the same time I went flying several meters. I tried to run away like the coward I was at the time, but it was useless… I died.

You know this vicious cycle of when you die once, you get angry, and you go into a death loop that you can’t get out of? you start to die for nonsense that under normal conditions you would not die. Well, the next hour of play went like this. I decided to leave it.

A New Beginning: Dungeons of Despair

I started a new game again the next night, this time more composed and with the only mentality of having fun. The only good thing about all this is that he already knew what to do at the beginning of the game so as not to die. I decided to enhance survival branchadding to my equipment an armor, sword and shield and finally a bow.

Now he was ready to face any dungeon. The first two I found were easy except for a couple of jump scares. Do you know what they say about “the third time lucky“? Well the damn mod won again.

I went into the third dungeon knowing that I was not going to get out of there. Everything was very dark and the enemies kept coming out. From time to time, someone gave me a scare from behind and took a little of my life… and so it was wearing out my hearts bar and my patience. Pure mind game.

The dungeons are sized according to the map: very huge, a lot. So much so that there was a point where she wanted to leave and did not know how to return. In short: he was a walking corpse and she had him more and more assimilated. Do you want to know what he killed me? An enemy? The final boss? No, gravity. I got distracted and I fell off a cliff of the cave. It wasn’t too high, but high enough to burst me and be finished off by an enemy.

One last chance filled with hate

My inner self was kicking and crying like a child. Meanwhile, my mature inner self (which doesn’t show up much) urged me to relax and try one last time to have enough material for the experiential. And that I did.

I started again, but this time I avoided dark caves at all costs. I stayed on the surface doing quests and progressing with my character. This time it seemed that everything was going well. I followed the same strategy as the first time, but being much more cautious. But this can’t end well, you know that.

After SEVERAL HOURS (three bloody hours), I accepted a quest that ended with the requirement to kill a dragon. I thought: I don’t think they put in a huge dragon that shoots fire from the air. I don’t think so…

Sure enough: a piece of dragon that shot columns of fire. I did the only thing I could do: run like a madman while chasing me What happened next… I wish I could say it was scripted.

After a couple of minutes shooting arrows at it and running, I came face to face with the red houses at the beginning… and the dragon fired a column of fire that hit the houses. Everything was burning, the enemies came out and started to blow me up and I died receiving the biggest beating that has been seen in mankind.

I hit the table, closed the game, deleted the mod and uninstalled Minecraft from my PC. If I had a katana, I would have made seppuku for the humiliation and my shame, but I settled for some popcorn and the new chapter of The Rings of Power. Another few years of life thrown away. I miss Elden Ring.

Mars once had so much water that it could be the first planet in the Solar System to have life, a study reveals