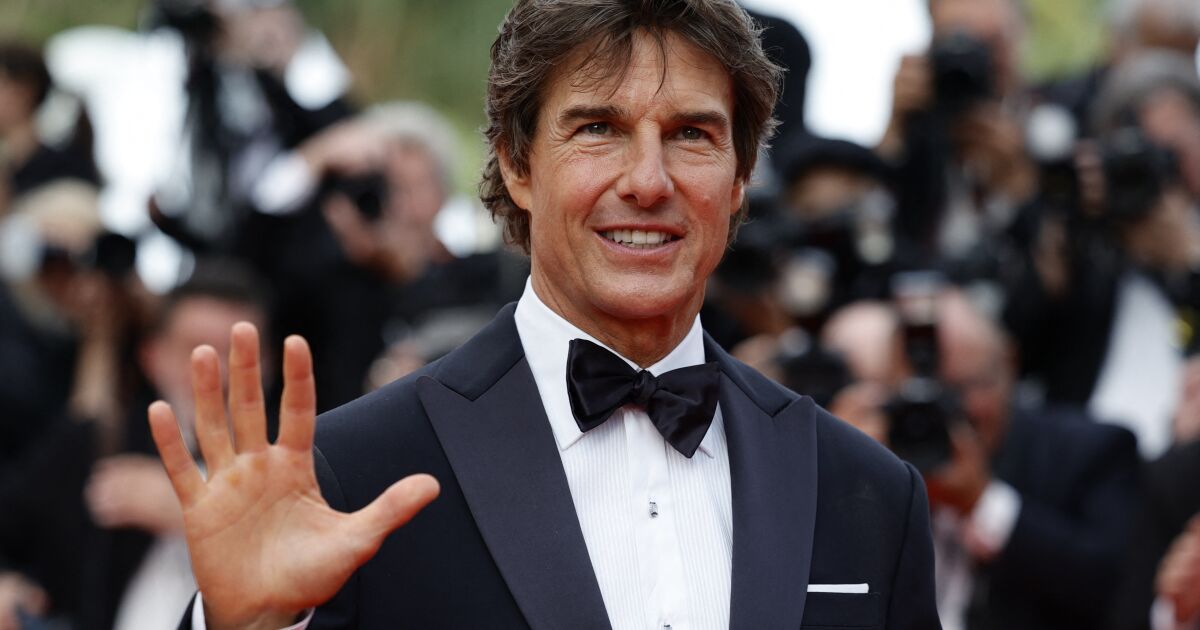 “I like to go see movies in the movie theater when they come out. I wear a cap so as not to be recognized,” he added before fans who cheered him widely.

“Together we will get out of this situation,” he added, alluding to the drop in viewers in theaters due to television competition and the health crisis.

Cruise hasn’t been to Cannes in 30 years, where this time is one of the main stars of the contest. Her arrival was by helicopter, according to the Cannes city council.

His film, which he produces and stars in, is the sequel to his 1986 smash hit, top gun. He embodies the Maverick pilot again, rebellious and arrogant, but with more experience and willing to pass the torch to new recruits.

“At the age of four I already wanted to make movies. I grew up on Buster Keaton movies, Harold Lloyd movies, Charlie Chaplin movies,” Cruise, 59, recalled.

He evoked his fondness for performing his own stunts. “It’s like asking Gene Kelly why he dances,” she laughed. “I was four and a half years old. I made a parachute out of my sheets. I went up on the roof,” she recalled.

“When I launched, I said to myself ‘this is not a good idea’. I landed on the ground so hard that I saw the stars for the first time in broad daylight,” he added.

Read:  4 mind-blowing horror movies to watch on Netflix and other streaming platforms this weekend

The Planes of the French Aerobatic Patrol dyed the sky with the colors of the French flag while Tom Cruise and the team of Top Gun: Maverick they were at the top of the famous steps of the Palace of Festivals.