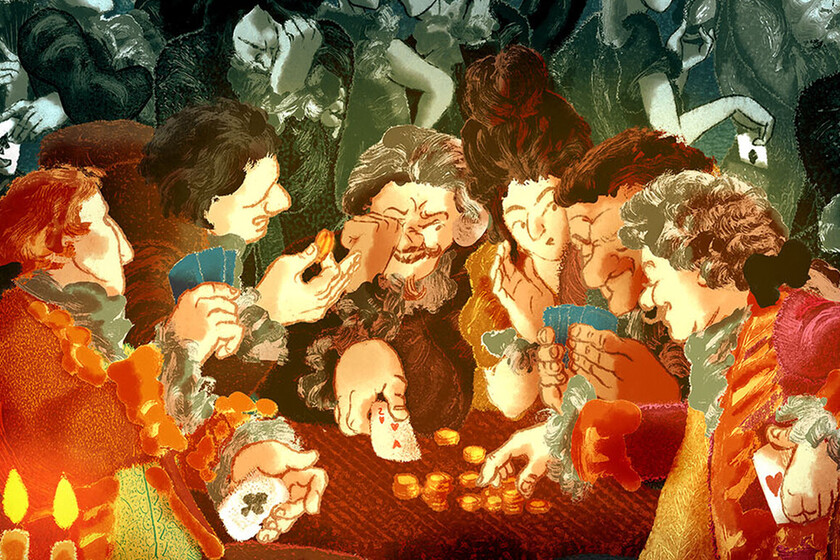 I’m one of those people who doesn’t like magic or card tricks. I don’t mean it with acrimony, actually it’s pure envy, but I don’t like them. With Card Shark, on the other hand, I have restarted my game to be able to remember in detail each trick that I was going to come across.

It is a game that demands your attention, one of those that you go too far for fear of forgetting how it was played. It makes the difficult easy by turning the shuffling of cards into something varied and fun, but it is also endearing in its history, agile in rhythm, and one one of those games you wish you could hug.

Index hide
1 A round experience
2 Much remains to be seen, but he has already won me

With the story of a poor devil who ends up living off the scam to survive, CardShark presents us with a game of dialogues and minigames. The good news is that there is two good news here. As far as its history is concerned, it is light, interesting and has that point of intrigue that pushes you to want to know more.

The second good news is that those mini-games are a joy. It starts off easy, but it doesn’t take long to get you on the ropes so you can fully focus on what you’re doing. I never would have thought that a game about counting cards would work for me. addictive.

It simplifies and breathes fun into something that for some could be a real toston. Counting cards, without going any further, has you choosing at lightning speed between groups of cards and then being able to deal them in that order. Something boring on paper ends up being most frenetic.

Overcoming its different challenges, also just as varied and agile as the pillars that support it all, are the most satisfying thing I’ve come across lately. It’s turning skill with your hands into something you feel in command of.

Much remains to be seen, but he has already won me

If the untested were the totality of CardShark It would already be one of my favorites of the year. It is a curious feeling. The story could get unnecessarily long, run out of ideas relatively quickly, end up asking you for extra coins to force you to farm… I could do a lot of dirty tricks before I hit the stores next June 2ndbut what I have seen so far would already make up for the bad drink.

That yes, I am quite clear that from here it only goes up, and that if also in nerial they are aware of it, the hit at the level of history and ideas can be tremendous.

They already showed enough with Reigns’ play and his collaboration with Game of Thrones. Not only are they capable of creating an addictive and entertaining idea, they can also take it one step further.

With CardShark the sensations are identical. I wouldn’t mind having a multiplayer where I can do all those tricks with the cards to trick the opponent, for example. That’s how well he looks. It’s genuinely fun.

In a few days we will talk about it again, this time after the final version. I’ll start it over from scratch, I assure you. You have to train those tricks well to have plenty of money and enjoy the game, which seems to he deserves it.