Bullfrag
Home Technology I have used an Xbox Series X to work as on a... 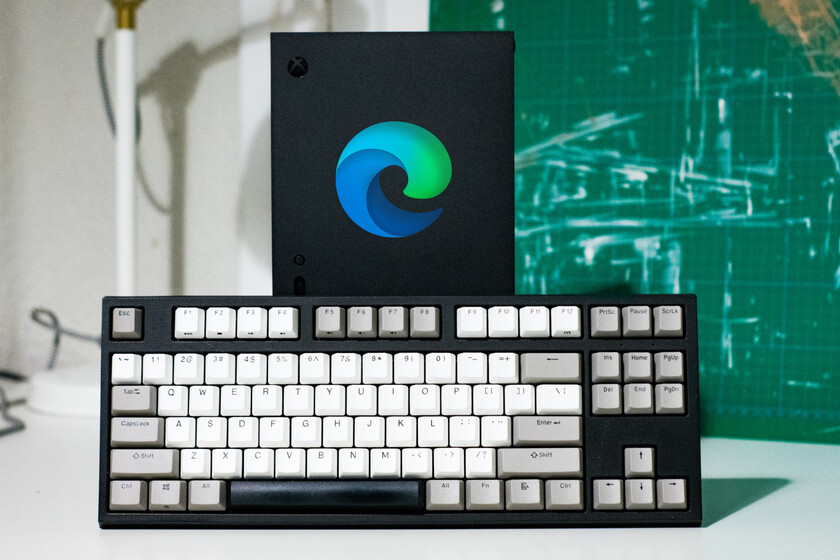 Microsoft launched its next-generation consoles, Xbox Series X and also Series S, last November 2020. But, even before the devices reached the hands of gamers, already many we asked ourselves an unavoidable question: Why not use a console as brutal as a Windows PC?

We are talking about a 500 euro machine with 12 teraflops of graphics power, an octa-core CPU at almost 4 GHz and an ultra-fast SSD unit (good luck getting a computer with similar specifications for that price), and that also looks like a tower quite classic. The only thing missing is Windows as an operating system, and yet it now has an edge called Edge, which has the potential to eliminate that need.

A browser really for xbox


The chaos of bringing an Xbox to your desktop

A couple of years ago, Microsoft decided to turn its Edge browser into a much more competitive alternative by basing it on the Chromium engine, since then it is a world that has improved, and for a few million users, this server included, has become the best option available.

That same Microsoft Edge first landed on Xbox last March 2021 for a very limited group of Xbox Insider alpha ring users. A full version, practically identical to the ones you have in Windows 10/11 and macOS, and even better than Linux.

The Xbox Insider Beta Ring version brought the news that all of us who are signed up can officially move from the classic Edge to the new Chromium-based Microsoft Edge, and this server was able to test the state of the browser by itself, and it has been an extremely interesting journey.

The current version is Microsoft Edge 93, and from today it can be downloaded by everyone, either on a new generation console like the Xbox Series X / S, or the Xbox One, One X, or One S. We have thoroughly tested it on a Series X, and briefly on a One S.

What can I do with Microsoft Edge on Xbox

The list is long and although We can’t say that you can do exactly everything you do with Edge on Windows, yes you are close. You can open any web you can think of, including web applications like Google Docs or Office.com, and edit documents online from Edge for your Xbox. You can even edit images online with any option that webapp offers, we tried Photopea and it is great.

The browser has almost all the options you have on the desktop: Synchronization of favorites, browsing history and tabs, stored passwords, Collections, themes, password generation, vertical tabs, security review, translator, read aloud, etc. If you already use Edge as your browser, you will find that you can log in with your account and have everything exactly as you left it on your computer.

The other thing is that, both compared to the classic Edge and compared to the same Edge in Windows 10, the browser on an Xbox Series X is spectacularly fast, the scroll it’s super fluid, pages open instantly and everything responds without lag or flickering.

Photo in Edge for Xbox

In addition, the biggest advantage here is that you do not have to use it exclusively with the console controller, remember that both the last generation and this generation of Xbox support the use of a keyboard and a mouse. Yes indeed, you will need a mouse and keyboard with USB cable, none that come with dongles, and Xbox Series does not support Bluetooth.

Another fun and slightly silly thing you can do with Edge on Xbox is play Stadia. This is a full browser and a Chromium-based one, it works seamlessly with Google’s cloud gaming service, better than Microsoft’s xCloud itself, for now at least.

In fact, an absurd situation in which I found myself doing tests with this, is that since the console does not allow taking screenshots unless you are in a game, I decided to use the Xbox app on the iPad and access with the game function remote to capture the screen. This left me with the possibility of play Hitman for Stadia on Edge for Xbox via Remote Play on an iPad. The phrase is completely ridiculous.

What can’t I do with Microsoft Edge on Xbox

It doesn’t matter you have a physical keyboard, Edge on Xbox insists on traversing the virtual keyboard

The two basic things you can’t do with Edge on an Xbox would be: install extensions or progressive web apps. However, there are other limitations and details to consider. For example, keyboard support is not quite tuned, so it doesn’t matter if you have a physical keyboard attached and you’re typing with it, the Xbox system will insist on traversing the virtual keyboard above the screen.

This is not only annoying, but it is quite a hindrance to your workflow. Others details that at the moment make it impossible for Xbox to really be a complete productivity machine are:

Edge for Xbox also lets you change the theme. When a tab is not in front, the browser discards (suspends) them to save memory

Read:  AirPods 3 could be featured at Monday's keynote

And also important, in the case of productivity, something obvious: an Xbox is not a Windows PC, and obviously he lacks the Windows… and the desktop. You can only use the single Edge app with the tabs you see in that window. This is not a limitation of the browser as such, but it is a limitation of the system on which it runs.

The benchmarks used were:

We also tried using Basemark Web 3.0 which does various tests for graphically intense content and uses mainly the GPU, but Edge on Xbox was not able to do the full test and multiple tests were always failing. Usually Edge on Xbox did quite well for being a practically experimental browser which is not within a traditional operating system.

With Speedometer is where he stood out the most, and this In actual use, you notice how extremely responsive the browser is. The rest of the tests only show that it lacks much of the optimization that Edge has in systems like Windows and macOS, and what the M1 chip from Apple Silicon does for the performance of the browser is also remarkable, if we allow ourselves to leave the topic for one second.

As we are quite a large team at Webedia, my colleague Frankie, whom you may have read over there on VidaExtra, has also been “playing” with the Xbox Edge for several weeks, even trying to use it as if it were his PC, and pointing his impressions. In his own words “On paper, the idea of ​​bringing everything I already do to PC to Xbox couldn’t be more promising. In practice? Total chaos“.

These are some of the points that stand out the most:

As for whether or not it is possible to work from an Xbox, this is what Frankie has to say:

“There is an abysmal difference between something being possible and something really practical. In this sense, it is already possible to work online from an Xbox through Edge, even in a development version, but you have to be very clear about what you are going to do. do and what are you going to use it for … And although it may not be the best way to work, at least I am left with a positive feeling and something clear: if my PCs ever fail me and I cannot charge my mobile , I already have a plan C to continue writing. Or rather, a plan X “.

Yes OK Microsoft Edge does not turn the Xbox into that potential dream computer where you can do everything and you have the latest generation hardware for an extremely competitive price, if it becomes a solution with a lot of potential. As my partner Frankie says, it is an option, a Plan C.

And this is talking about a very early version that has barely changed in recent months, that can be improved, and that definitely has room to do so. And if we start talking about potential, we can’t forget about an ace up our sleeve that Microsoft recently announced: Windows 365.

Perhaps in the very near future it will not matter that Xbox does not have Windows 10 or 11, if you already have a browser where you can use Windows 365

We are talking about that Windows as a service that Microsoft is selling to use, literally, within a browser. All the processing takes place in the Redmond cloud, which basically rents you a virtual machine that you can use from any device.

That Microsoft has worked on bringing the browser we use on our computers to the Xbox is perhaps an obvious sign that the Xbox could also be one of those devices in which to use Windows 365 in the future despite its current failures. If that becomes a reality with good operation, the implications are more than significant. You just have to think about it for a minute.

An earlier version of this article was published in July. We republish it on the occasion of its arrival to all users.