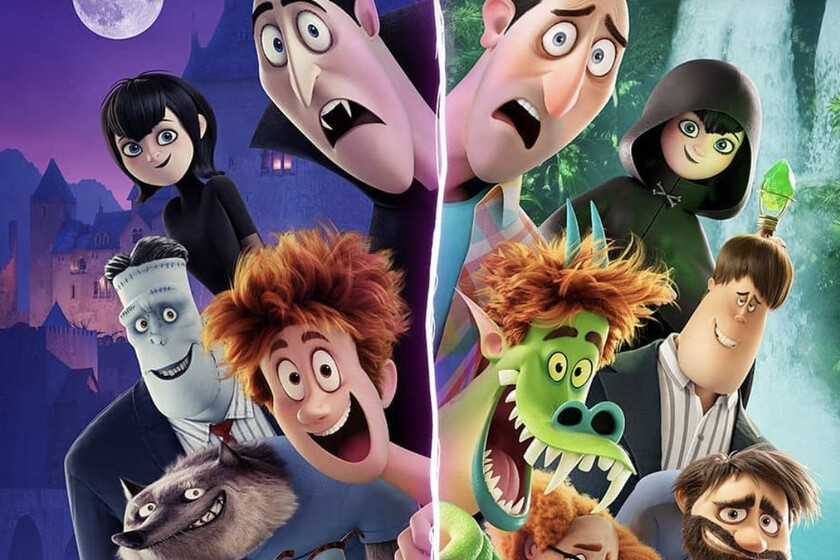 ‘Hotel Transylvania 4’, the latest in the series of animated films about a group of classic movie monsters was going to be released on October 1 after multiple delays, but the theatrical release date has evaporated without explanation from Sony Pictures, which has created quite a bit of discomfort among parents of child fans of the series and added confusion about its premiere and will launch on Amazon Prime Video as planned or if it has been rescheduled.

No news from the Carpathians

As part of a large agreement between the two companies, ‘Hotel Transylvania 4’ would not go through theaters and will go directly to Amazon Prime globally. Unfortunately, neither company has planned to inform the public that the film would not hit theaters on the October 1 release date, which is the way it is still being marketed in theory. Given the millions of dollars that studios typically spend on marketing, the decision leaves the public with no information, which translates into it has left many potential customers disappointed to greatly exaggerated levels. With reactions on twitter, how are you?:

“I LOST CUSTODY OF MY CHILDREN BECAUSE I PROMISED TO TAKE THEM TO HOTEL TRANSYLVANIA 4 THIS WEEKEND. MY EX-WIFE IS COLLERIC AND NOW I CAN’T SEE MY LITTLE CHILDREN ANYMORE. ARE YOU ALREADY HAPPY?”

I LOST CUSTODY OF MY KIDS BECAUSE I PROMISED TO SHOW THEM HOTEL TRANSYLVANIA 4 THIS WEEKEND. MY EX WIFE IS LIVID AND NOW I CAN’T SEE MY BABIES ANYMORE. ARE YOU HAPPY NOW?

“WHAT THE FUCK IS HAPPENING YOU ?? Sony has disappointed the kids by not releasing # HotelTransylvania4 in theaters and on top of that Prime didn’t release it today the way it was supposed to. Now my daughter is crying 🤬 She has been waiting for him for months”.

@PrimeVideo @SonyPictures WTF IS WRONG WITH YOU ?? Sony you disappointed children by not releasing # HotelTransylvania4 into theaters and then Prime YOU didn’t release it today like you were SUPPOSED to. My kid is bawling now🤬She has been looking forward to it for months she cried pic.twitter.com/0M0XebuziY

‘Hotel Transylvania 4’ is pending release on Amazon Prime Video. Aside from the growing cases of Covid in the US, part of the reason Hotel Transylvania 4 hasn’t released is close competition. It’s no coincidence that Universal’s ‘The Addams Family 2’ premiered this weekend, an extremely similar horror parody animation available at home, and ‘Venom 2’ by Sony itself also in theaters (and succeeding), so the strategic decision makes sense in a market saturated with titles on hold.

Read:  The new trailer shows us the great villain