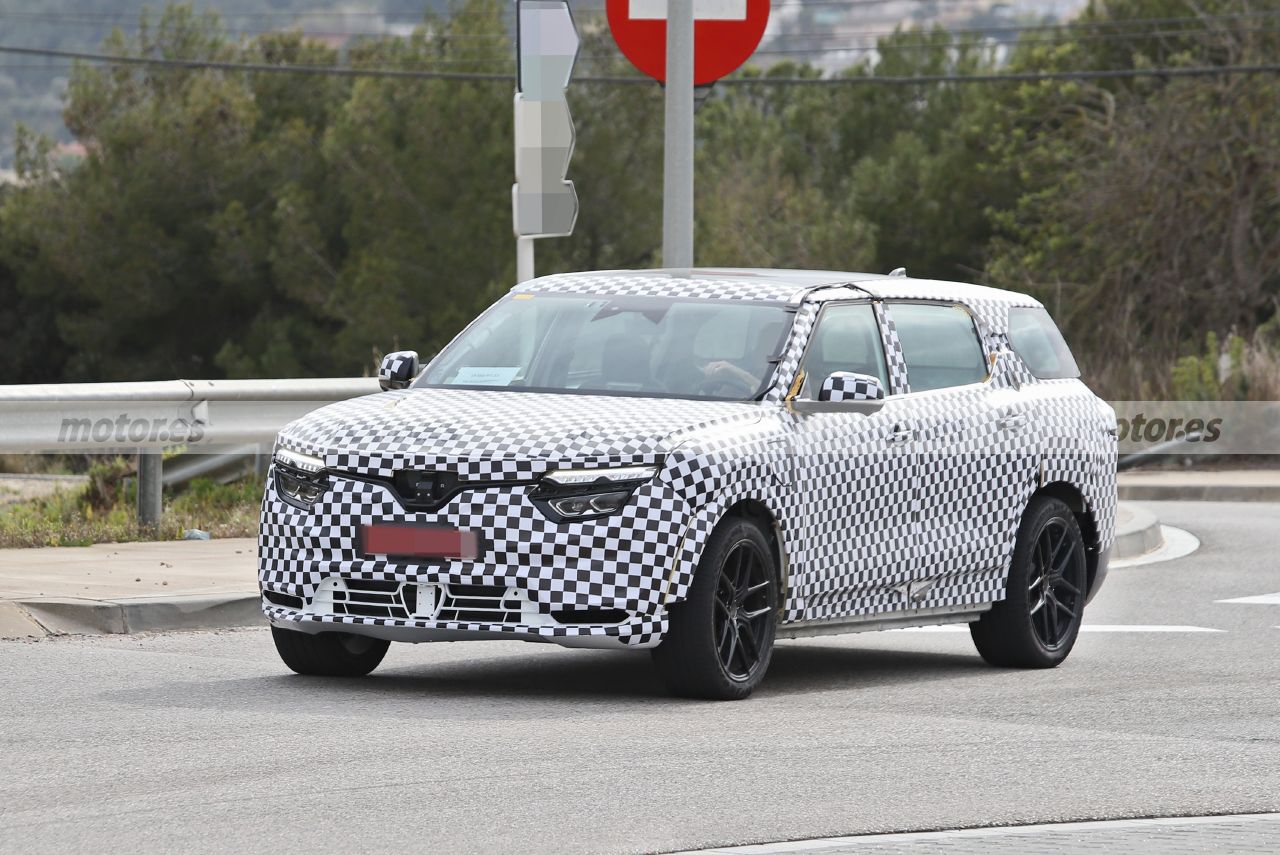 VinFast, the new Vietnamese car brand, has established itself in Europe. Its first models have already been put up for sale, but only under reservation. The new electric SUV, known as VF 9, is already being tested in Spain. These spy photos show a curious mule of the production model that will arrive in 2023.

The Netherlands and France are the first two European countries where the new VinFast VF 9 2023. A fully electric seven-seater SUV that already has prices in the country of tulips but that the Vietnamese brand has not specifically indicated the delivery of units, although it will be in mid-2023. Just enough time for this mule of the new electric model, that has been hunted in some spy photos in the vicinity of a major automotive engineering consultancy in the north of Spain, complete your development program.

The bodywork presents the striking shape of the VinFast VF 9 2023, standing out for a wide length distance, which does not quite fit the platform, see the large rear wheel arch and part of the battery box On the side. The spy photos also show interesting details typical of a very early mule like this one from VinFast, in which the exterior rearview mirrors do not even fit. Those of VinFast have tried to deceive with another model different from the new VF 9, mounting the divided headlights of the VF 8. The temporary rear lights are a clear indication of those of the older brother, as well as the dent in the hood panel.

Despite this amalgamation typical of mules, it is confirmed that it is the new VinFast VF 9 by the sign on the windshield, showing the previous and code name that the Vietnam brand had been using: that of «VF36 e» next to the VIN code of the frame. An also very curious detail is that the mule only has the front seats and being completely empty in the rest of the cabinbut one more sign that it is developing in our continent to adjust the specifications to the demanding European taste.

Read:  The DTM says goodbye to Assen and will have eight events in its 2022 season

With the launch scheduled for mid-2023, VinFast has already announced the VF 9 range. three rows and seven seats It will be sold with a couple of versions, both with two electric motors that will develop a maximum power of 408 hp and associated with a battery with two levels of capacity, 92 and 123 kWhwith whom the maximum autonomy with a single charge amounts to 594 kilometers.

The VinFast VF 8 and VF 9 arrive in the Netherlands, prices of the two new electric SUVs

VinFast, which has already confirmed its presence in the United States with a production plant on the other side of the Atlantic, has also expressed its intention to build a new factory in Germany to be able to supply units of its models to the countries of the Old Continent. Some objectives that demonstrate the ambitious strategy that the Asian firm, supported by Pininfarina and important industry suppliers, intends to develop and implement in Europe. In a year, the VinFast equipped with the most advanced technology will populate the European roads.

the inauguration of an unfinished work

Maddie makes us fall in love with a striking Makio cosplay from Demon Slayer: Kimetsu No Yaiba