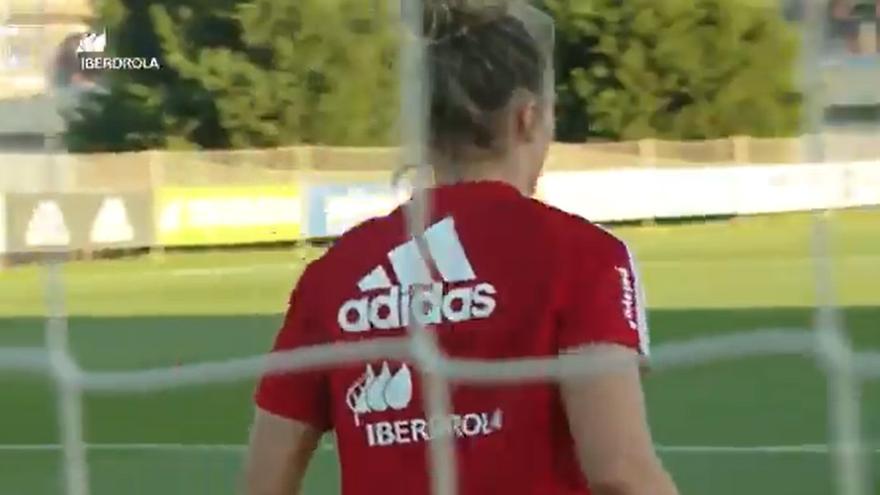 After an impeccable 0-10 against the Faroe Islands, the Spanish team also wants to conquer Budapest. And it is that this Tuesday, September 21, it is measured at Hungary at 20:00 (CET) in the second match of the qualifying round for the next world Cup to be played in 2023.

The Spanish team is currently in one of its best moments: accumulates already eleven consecutive victories and twelve official games without conceding.

Nevertheless, Hungary needs to add if you want to stay alive in the fight for qualification. Last Friday they received Scotland, but were not able to overcome the 0-2. Thus, the Hungarians are on the tightrope of Group B, but the set of Jorge Vilda, which is among the top ten on the planet, wants the leadership to obtain the direct ticket to Australia and New Zealand.

The Spanish team, which trained at the Ciudad del Fútbol Las Rozas over the weekend, flew to Budapest on Monday with their head set on tomorrow’s game.

The technician, who gave rest to the indisputable Blaugrana starters such as Sandra Paños, Mapi or Aitana Against the Faroe Islands, he will take the field with an even more competitive eleven so as not to give the local team options. Even so, the revelation of the past you come, without a doubt, was Amaiur Sarriegi. The Donostiarra enjoys the first call with the senior team and it was released no, no more and no less, than with an excellent goal poker.