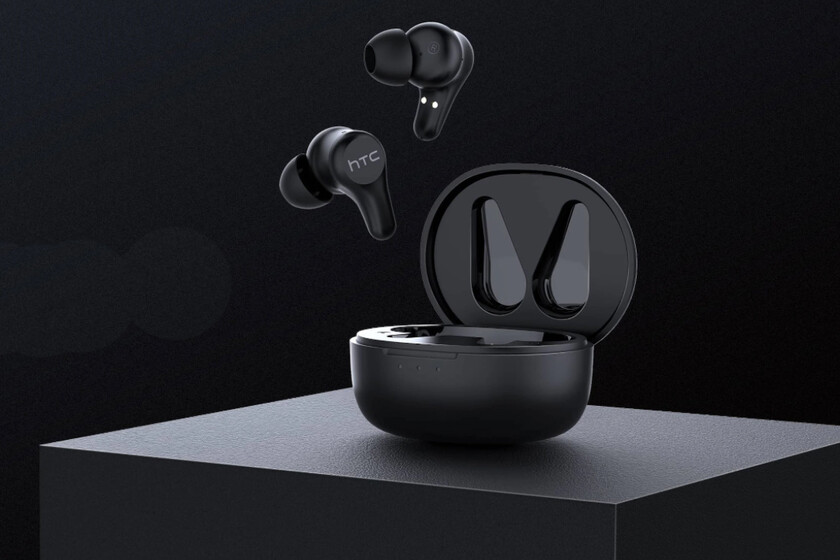 Gone are those mobiles as popular as the HTC ChaChaCha: unfortunately for many loyalists of the brand, HTC has seen how its prominence in the market was fading little by little in recent years. But the company refuses to die and, from time to time, releases a new terminal somewhere in the world, such as the HTC Desire 20+ that was released in Taiwan a year ago or the HTC Wildfire E3 that landed in Russia in March.

A few weeks ago, we also met its first tablet, the HTC A100, and now it is back in the news for its premiere in the segment of the True Wireless headphones with active noise cancellation. The new HTC True Wireless Earbuds Plus are official and come with the promise of up to 24 hours of autonomy.

Data sheet of the HTC True Wireless Earbuds Plus

They are resistant to rain and sweat

In addition, the HTC TWS Earbuds Plus can hold, depending on the brand, up to 6 hours of playback and up to 24 hours if we add the charge provided by the magnetic case, whose 400 mAh battery offers three additional charges.

Integrate Bluetooth 5.0 connectivity, so they have a range of up to 10 meters and are compatible with iOS and Android. If you use both headphones at the same time, you can enjoy stereo sound, but it is also possible to pair each one separately with different devices, as long as they are separated more than 10 meters from each other.

Price and availability of the HTC TWS Earbuds

HTC True Wireless Earbuds Plus are available in select countries at a official price of 79 euros. They are marketed in black or white.

How to make the best homemade straw potatoes, garnish recipe