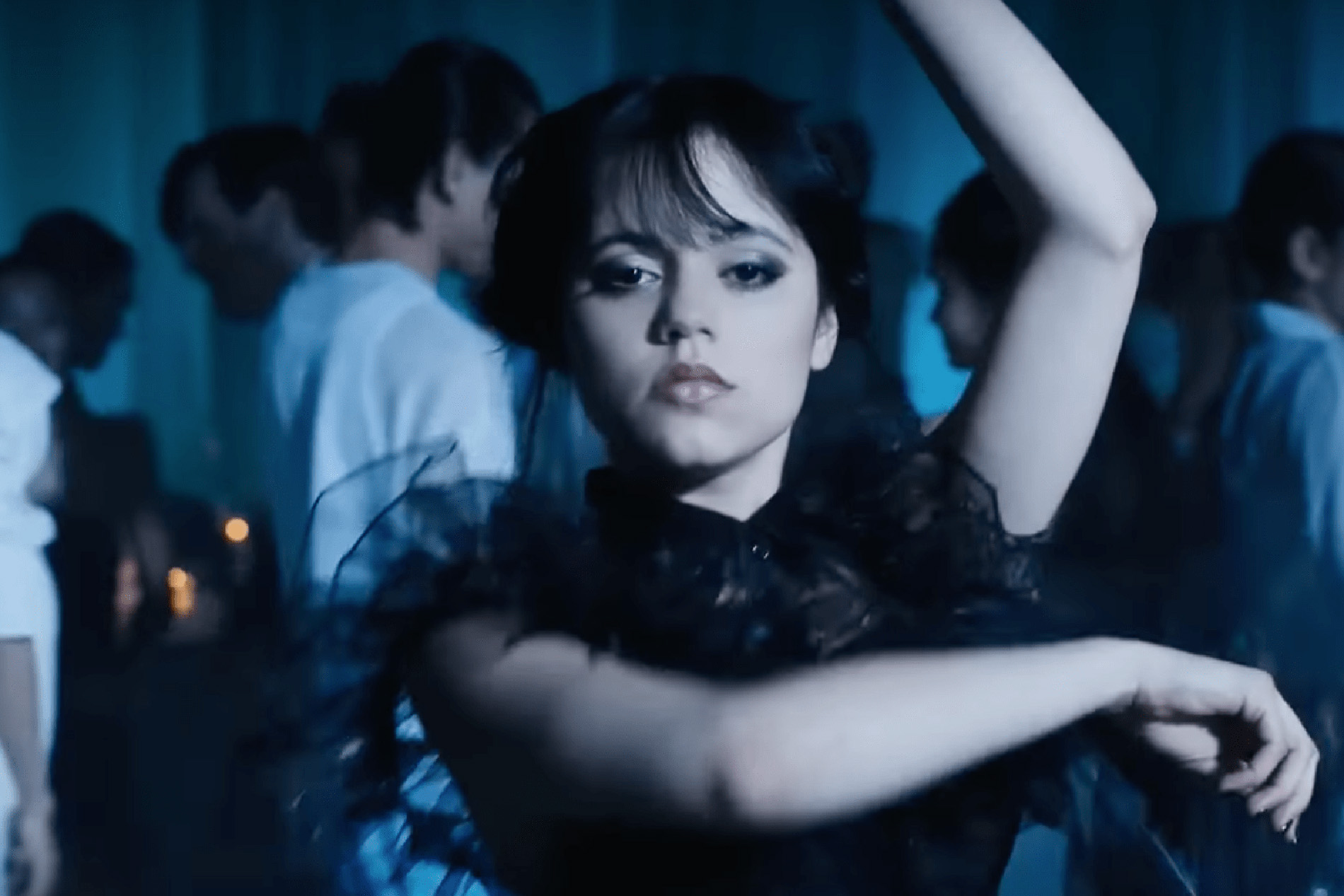 Wednesday (either merlin, in Latin America), the series on Netflix has been a somewhat unexpected success. Based on the Wednesday Addams character from the Addams Family, it tells of his years as a high school student at Nevermore Academy and how he tries to master his psychic powers.

One of the scenes of the series that has gone viral is the one where Wednesday (Merlina), the protagonist, dances to the rhythm of Goo Goo Muck of the Cramps. Now the musical supervisors of the series have explained how they chose the theme, which is also returning to the most listened to lists thanks to the series.

They commented on it during an interview with Variety. Jen Malone and Nicole Weisberg created a long Spotify playlist with different tracks, from different artists. “But the Cramps were always there,” they say. “First we chose another song by the band, Human Fly, but this one ended up being Goo Goo Muck“explains one of them.

Malone, for his part, explained that the choice of the Cramps as a band was partly because they align very well with the personality of Wednesday (Merlina). Other gothic groups of the time, such as Joy Division or Siouxsie, were also considered, but finally they opted for a fun song, which resembles the main character of the series.

Index hide
1 Goo Goo Muck has had a growth of 9,000% in listeners after the premiere of Wednesday (Merlina)
1.1 Featured videos in Hypertext

Goo Goo Muck has had a growth of 9,000% in listeners after the premiere of Wednesday (Merlina)

After the premiere of Wednesday (Merlina) on November 23, the theme Goo Goo Muck de los Cramps has had a 9,000% increase in listeners on streaming platforms. This is included in the band’s second album, Psychedelic Jungle which was released for sale in 1981. It is not the first time that the song has been used as the soundtrack of a production. It can also be heard on Texas Chainsaw Massacre 2 released in 1986.

Read:  Lomitos triumphed at the Adoption Fair organized by FamilyGuard®

It is a phenomenon similar to that which occurred with Running Up That Hill by Kate Bush, a song that was originally released in 1985 on the Hounds of Love album. This has had a second, and much more successful, life after the premiere of the fourth season of stranger thingswhere it can be heard in a key scene.

The influence of Netflix productions is great. In fact Running Up That Hill it became number one, 37 years later, in various music rankings. It also became the oldest song to reach the first position on the list of popular songs on streaming platforms of bill board.

The entire first season of Wednesday (Merlina) is available on Netflix. Produced by Tim Burton, it has become one of the most successful series of 2022 for the platform, with 341 million hours of viewing during its first week of release.