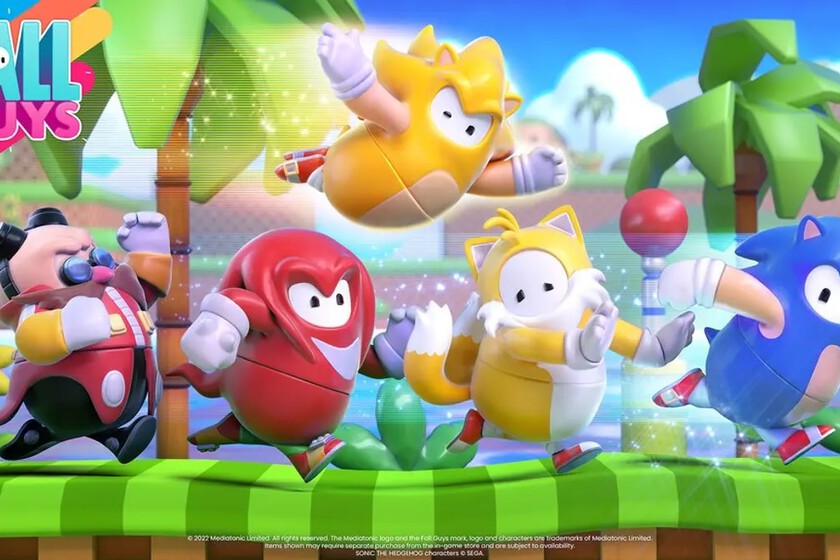 In Fall Guys you better warm up your legs and be in top form, because it has begun the Sonic Adventure event, which as its name suggests is dedicated to the saga of SEGA’s blue hedgehog. As usually happens on this type of occasion, it is accompanied by its own missions and rewards to unlock, as we will see in the following guide that we have prepared.

How to unlock the rewards of the Sonic Adventure event

To participate in the event you must select the Show Run!, in which you will have to give it your all in a single new event called the Bean Hill Zone. It is a level that has been created for this event, so you will only see it in the game until next August 15.

At all times it gives the impression that we are in a Sonic video game due to the number of elements of the series that are everywhere, such as bumpers and rings. In fact, your goal to win will be to collect a certain number of rings that will vary depending on the round you are in.

So, below you have the missions that you will have to carry out. Each of them will give you 100 pointsalthough in this case they have been replaced by emeralds, but for this case it is exactly the same.

Read:  Terraria could have a sequel

As you carry out the different tasks you will have the opportunity to exchange the points for various prizes with a Sonic theme. Undoubtedly the most special of all are the shoes, but for this you will have to complete the ten missions, on which it must be recognized that they are very simple and it will only be enough for you to play a few games.