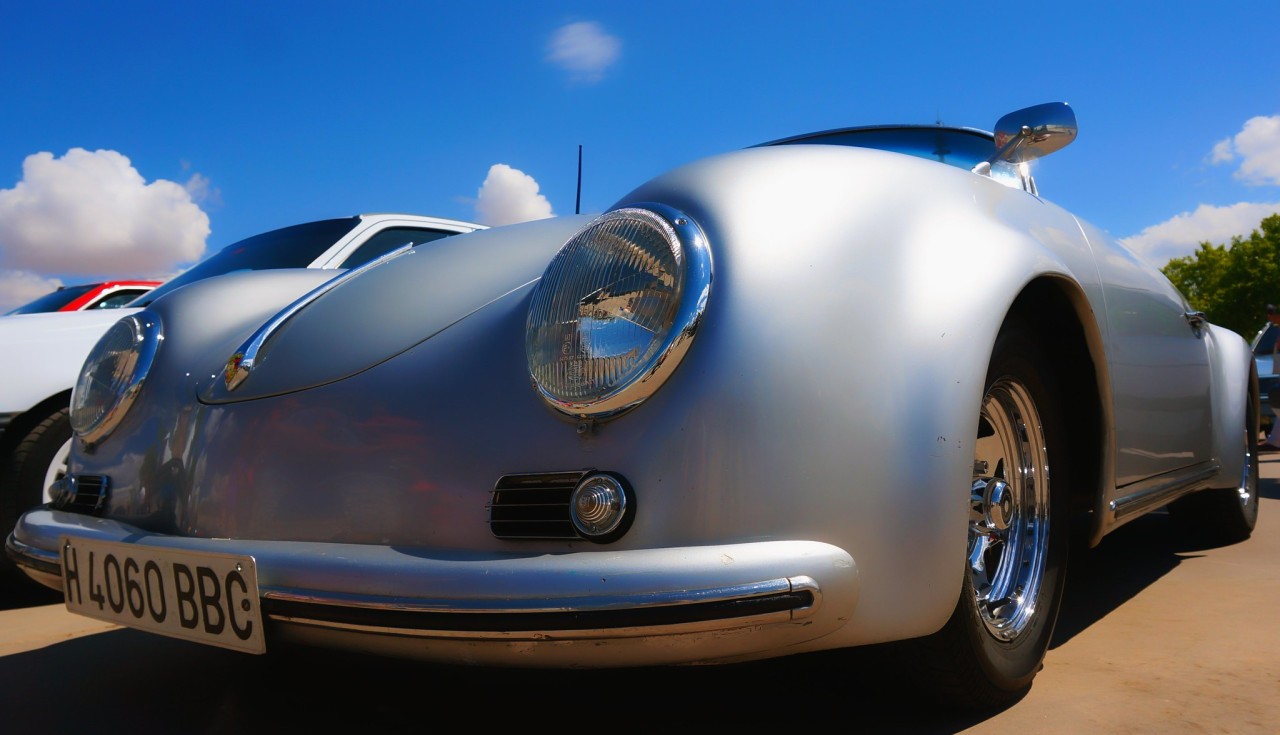 Not all vintage cars are a hazard or junk, some have their value and are well cared for. They are even a reason for display and pride. In the case of Madrid, despite the declared war on polluting cars, as always, there are exceptions.

From January 1, 2022, the city of Madrid began to veto the access of vehicles without environmental labelthose of Category Awhich do not comply with the regulations of the last 20 years (roughly). First, non-residents were restricted inside the M-30, where they can no longer circulate without being penalized, and neither in the ZBE of Plaza Elíptica.

As of January 1, 2023, its circulation on the M-30 ring road will be prohibited, and from January 1, 2024 it will affect all category A vehicles, including those of residents, who will have to get rid of they. In 2025 it will not be possible to circulate with a category A vehicle in the entire municipality of Madridin compliance with applicable state legislation.

However, there are exceptions, and among them are the historical vehicles. These must have reached the age of 30 and have been cataloged and recognized by the Administration according to the Royal Decree 1247/1995, of July 14, which approves the Regulation of Historic Vehicles.There are also especially rare and collectible models included, according to the criteria established in said RD.

This SEAT 600 D has its original number plate, with which it can be sanctioned and should be claimed, but only if it has the status of a historic vehicle – Photography: Pepe Serrano (Flickr) CC BY-SA

Yes, you can drive around Madrid with a historic vehicle

Madrid’s sustainable mobility ordinance exempts all historical vehicles from the aforementioned limitations, whether or not they are residents, since it is assumed that their use will be occasional and they will not pose a significant emission problem. Therefore, it is possible to circulate on the M-30 and inside the central almond.

They can also park in the ORA/SER zones, paying the maximum rate, but there is a trick. Historic vehicles actually have two license plates, the original Spanish one and a new one numbered H-000-BBB. The most advisable thing is to circulate with the plates of the second type, especially facing the cameras that throw fines. I would have to claim and it is a nuisance.

In the case of historical vehicles that have been imported from another country, they can only circulate with the new license plate, not with the ordinary license plate associated with their file. On the other hand, historical license plates -not the original provincial ones- will give us fewer problems at the parking meters.

The operation is exactly the same as obtaining the parking ticket for any other vehicle. You only have to choose the blue or green zone, and indicate the registration type H-000-BBB, without the hyphens. The system will verify that the license plate is correct and will allow you to choose the parking time.

In the case of historic vehicles over 50 years old, it is not necessary to get the ticket, they are exempt, both passenger cars and motorcycles. That includes the Madrid Central District area, where the rest of the historic vehicles cannot park on the surface, they have to go to an underground car park.

You can also pay the amount for parking in the SER/ORA zone via mobile application, the system allows it, but not all applications have implemented the recognition of historical license plates as valid. If an application does not allow it, we can with another, it is an exclusive problem of the specific application and it is time to bother technical support to fix it.

with the app Repsol waylet It is very simple. You only have to register the license plate of our vehicles, and they accept historical license plates. Be careful, in the case of having more than one vehicle, you have to remember to select the one that touches when requesting the paperless ticket. If not, we will be penalized with reason.

It is also possible to do it with easy park, with the same logic mentioned above. With Telpark it does not currently work, and another option is ElParking. Keep in mind that apps may charge a fee on how long you park, amenities are worth money, like not needing cash or going to a parking meter.

If you are still thinking about whether to make your historic vehicle, it must be in original condition or with typical modifications of the time. In exchange for the cumbersome paperwork and a few months of patience, the need to go to the ITV is reduced -depending on its seniority- and you will have fewer problems to circulate in the future. If you don’t have much modified… you still have to leave it as it was before.