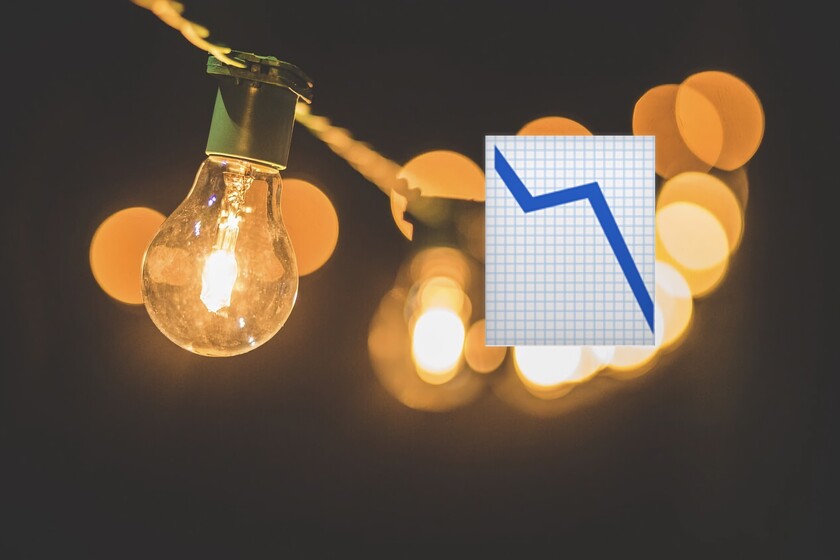 The electricity bill is more expensive than ever (and rising). As consumers, we can always take some measures that help to know the electricity consumption in real time online, but its effect on what we pay at the end will be quite limited if we continue to break records every day.

Today we are going to propose another measure, if possible: reduce the maximum power contracted. Before continuing we have to understand what it is. According to the Ministry, the “power term” is “a fixed price that is calculated by multiplying the contracted power, by the days that the invoice includes and for the term of power of the PVPC price that the Ministry of Energy, Tourism and Digital Agenda establishes “.


The contracted power can be a great expense within the total bill.

As users, we can choose the power term according to our needs. If we usually turn on a 2 kW glass ceramic, a 1.5 kW microwave and a 1 kW stove at the same time, we know that With a contracted power of 3.45 kW, the most typical, it will not reach us and it is very likely that the differential of the electrical panel will jump and the power goes out at home. Thus, for that case, we would need at least 4.5 kW (2 + 1.5 + 1). And we say at least, because if you have a TV with a consumption of 200 W and you usually turn it on while you use the rest of things, you would already miss that figure.

The problem with the power term versus the energy consumed is that, no matter what we spend, we will pay it on a fixed basis. So, if we have a very high power contracted that we never reach at home, we are literally throwing money away. What we are going to explain is how to know online if you can lower the power based on the peaks of recent months, in which we will see if we have exceeded the contracted figure in some moments or if we have stayed far away.

Index hide
1 How to know what power we have and what the peak has been to lower it or leave it the same: the key is in our distributor
2 So you can see the power peaks
3 Until the end of May 2022 you can change the power twice for free

How to know what power we have and what the peak has been to lower it or leave it the same: the key is in our distributor

To make a decision based on data, The first thing we have to do is see what power we have contracted. Our distributor (Endesa Energía XXI in my case) will tell us through the application, but if what we want is to know directly, we can go to one of the latest invoices, on paper or in PDF. In my case, in the “Contract data” section, I can see the amount under the name “contracted power”. This is how it appears:

We already know what power we have contracted. Now we have to know if in recent times we have surpassed it or we have stayed far away. To do this, we have to get access with our data to the website of our distributor. This company is not the one that sends us the invoice every month, which would be the marketer, but one that we cannot choose as it is a geographic monopoly. They are in charge of bringing electricity from the transformation centers to the supply points. If you want to know yours, it is best to be guided by the following Elekluz map.

Read:  How to mirror the PC screen on my LG Smart TV

As in certain autonomous communities, there may be more than one, to know specifically which is our distributor (of the 333 in Spain, although the majority of customers are divided between five large). we have to look at the CUPS code, an acronym for Universal Supply Point Code. As they start, we will be able to know which distributor we have:

Once we know our distributor, we must register on its corresponding website, which we see below. They usually ask for names and surnames, NIF or other identification document, address, etc.

So you can see the power peaks

When you log in to a website such as that of Endesa’s distributor, we are presented with many options, from which we can access various options regarding our contract.

In section ‘Maximum power demanded‘, it is possible to see what is the maximum power that my house has demanded from the network in each month. As we see in the capture, in August we reached 3,252 kW. This serves to decide whether to increase the power contracted in the contract, which in my case would not be necessary because it did not reach the contracted limit. In fact, it could even drop to 3.45 kW with some margin.

By clicking on the month in question, the maximum power demanded in the peak (the most expensive) and valley (the cheapest) sections appears. It should be taken into account, because since the change in the June invoice consumers with the 2.0TD tariff can contract two different powers for the peak and valley sections, which helps save even more. It must be remembered that, since it is the entire weekend off-peak period, and not only the period from 00 to 08 in the morning, a very low power for valley can cause us to have problems acclimatizing the house while we cook and watch TV, etc. In addition, the price of the power in valley is 95% cheaper than in peak, so even if we go down there it will not be too noticeable.

We have seen the information provided by Endesa Distribución. The following screenshot shows the information given by Unión Fenosa Distribución on its website. The horizontal line marks the contracted power in that home, 2.5 kW. If we look, we will see that since April that barrier has not been overcome, so that house can stay as it is. Neither go down, because the margin is limited.

Generally, both lowering the power and above all raising it usually has a significant cost, which the marketing company makes the consumer pay. However, due to the changes in the June invoice, a period was opened (from June 1, 2021 to May 31, 2022) in which you can change power for free up to two times.

That is, if we lower a lot of power and see that we fall short, we can ask to raise it again. And in neither case will you have to pay. You have to take advantage of this grace period, because going down usually costs € 10, and going up, 60 euros for each kW.