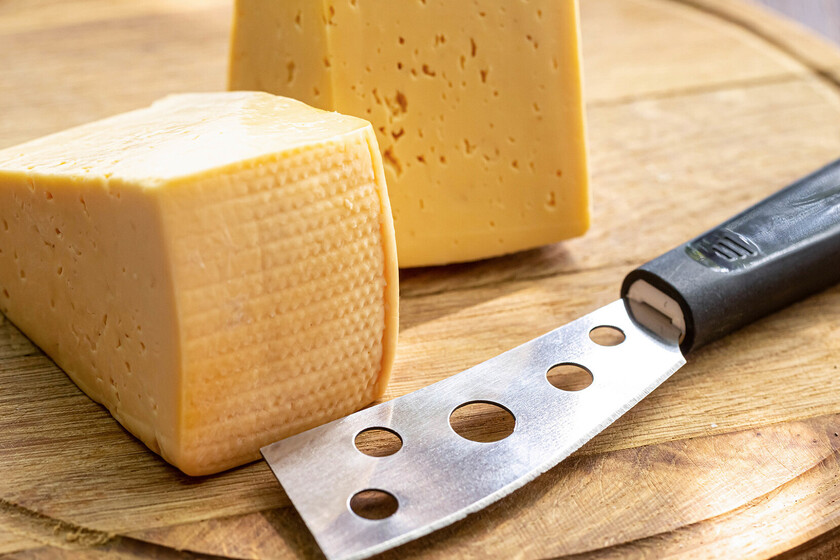 Who has not had the typical discussion about whether the rind of the cheese can be eaten or not? We self-confessed cheese lovers shamelessly enjoy every bite of a good quality specimen, and it is inevitable to feel a certain regret at having to leave the rind on the plate. There is a belief that it is not edible, and yet we are wasting a very tasty part of these dairy products.

There are thousands of different cheeses around the world, with very different elaborations and processes. So, not all crusts are the same nor do they present the same gastronomic possibilities, and it is true that some varieties are not edible. But a large majority of the rinds can be eaten, with precautions, and also used in the kitchen.

Index hide
1 The different types of cheese rinds
1.1 natural cheese rind
1.2 artificial cheese rind
2 So what barks can we eat?
3 Tips to take advantage of the toughest crusts in the kitchen

The different types of cheese rinds

Anyone who has been lucky enough to visit a larger-scale cheese factory or production plant will have learned that the rind of the cheese is formed as part of the natural process. In other words, it is part of the cheese itself, which as it ages acquires different characteristics, becoming harder. But not all barks are natural.

As stated in the Cheese Quality Standard, a distinction is made between natural bark and artificial bark, of which there are also several differentiated types. I already anticipate that none is toxic, although not all are edible.

Is that which appears spontaneously during maturation and cheese aging. The more mature, the harder, drier and more visible. The freshest cheeses such as burgos or mozzarella do not have a rind as such because they do not have time to form. It can be washed, pressed, moldy, with herbs, etc.

Cheeses that have an artificial rind have been subjected to a coating bath of waxes, paraffins or a specific paint to protect it. As Gemma del Caño explains, this paint is applied not only to seal and protect the cheese itself, but also to improve its visual appearance and for easy identification. It does not harm the quality of the cheese and can help control ripening.

These rinds are not intended to be eaten and therefore are well labeled as “inedible rind”. But in the case of eating it by mistake, it is not toxic to humans -something logical, no manufacturer would want to poison its consumers-. The red paraffin coating on Edam cheese is a well-known example.

So what barks can we eat?

Starting from the basis that no cheese is going to poison us, all natural barks are edible. However, some are more interesting than others when it comes to tasting the cheese.

Read:  Dragon Ball Super: When and how to read the ending of the Granola arc in the manga? – FayerWayer

Fresh moldy rinds of soft cheeses like brie they are part of its essence and it seems to me a crime not to eat it, if the product is of quality. It could be indigestible when eaten in large quantities, and in any case it is advisable to choose well-packaged cheeses that have not been exposed to air or external contacts.

In the case of the harder natural crusts, the problem is precisely in their hardness. With very mature specimens the bark can become hard to chew and take on too strong a flavor, so it is more advisable to try small portions. For example, the rind of Parmigiano Reggiano is so hard that we could damage our teeth when trying to bite into it.

It is worth trying the cheese rinds that have received a special natural bath or coating, such as washed with wine or those with rosemary, paprika or other spices, since they add a large part of its olfactory and taste characteristics. The cheeses dipped in olive oil are also exquisite with their rind.

It should not be forgotten that many cheeses are stored and displayed in shops directly exposed with no greater protection than that of its own bark. In this case, as Miguel A. Lurueña recalls, its consumption should be avoided or extreme precautions should be taken, since the rinds are exposed to all kinds of contaminating elements. Let’s think about the fruit we buy in bulk, for example.

Tips to take advantage of the toughest crusts in the kitchen

I have already mentioned that the bark of good parmigiano it is so hard that there comes a time when we can no longer grate it. But it would be a real shame to throw it away in the trash You have to take advantage of everything possible in the kitchen, and more when it comes to top quality products.

The hardest natural crusts can be frozen. You just have to wrap the portions individually and store them in freezer bags, and thus we can use them whenever we need it, without having to defrost them beforehand.

The simplest -and most delicious- way to take advantage of it is by adding it to stews, stews, stews, soups or sauces. During cooking it softens and releases a deep flavor, almost a dairy umami that will completely transform a minestrone or a risotto. It also enriches roast meats or vegetables by simply adding the crust directly to the pan.

Another option is to prepare directly a pot of cheese rind broth, especially if we have accumulated several pieces in the freezer. To do this, we can cook about 250 g of bark in about 3-4 liters of water, adding a few fresh herbs and some black peppercorns. After simmer for 60-90 minutesstirring from time to time, we will have a golden broth with an intense aroma.

After straining it we can use it to prepare pasta sauces, soups, stews, chicken dishes, vegetables, a risotto or whatever comes to mind. If it has a very intense flavor, just divide it into portions and combine it with water or broth vegetables or chicken, depending on the recipe. Of course, it can be frozen once it has cooled down.

The Art of Making Cheese (The Illustrated)

In the end, the important thing is dare to try and be guided by personal taste, always based on food safety and hygiene, of course.

Photos | Marco Verch – iStock – Unsplash – Erin Pawlicki
In DAP | How to make the perfect cheese board
In DAP | The 27 best Spanish cheeses, awarded at the World Cheese Awards: what they are like and where to buy them