Bullfrag
Home Gaming How to control Phantom Assassin in Dota 2 We show you the best tips to control Phantom Assassin in Dota 2.

In the Dota 2 Agility category we can find Phantom Assassin, one of the best known warriors in this world due to all her history and way of working with her victims. This is a killer who comes from the group “Hermanas del Velo”Very little is known about her and her colleagues, but what is evident is that they are the best at doing the job of eliminating targets.

His abilities stand out for having the ability to move towards the adversaries to attack them in Melee and cause very strong wounds. Despite being relatively easy to control, you will need to learn the tricks of the character to be more likely to win the games with it, so in our complete Dota 2 guide we are going to leave you the tips you should follow to do it.

Phantom Assassin is a good warrior for Evasion in combat, as it has the ability to leave as fast as it gets to the confrontation. However, it is the best to dedicate to Carry throughout the game, gradually becomes more powerful and can lead battles together. 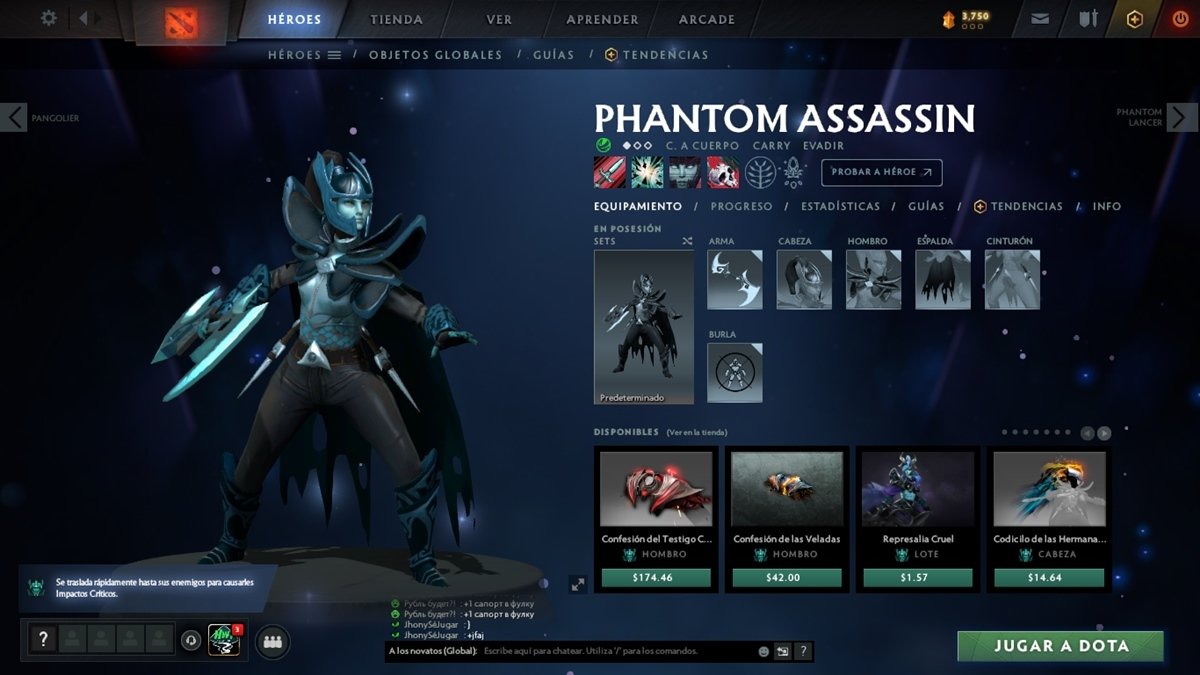 With the skills of this character you can be a good offensive opponent, it is perfect for surprise attacks and critical hits. These powers have to be activated at specific times To make them work well, then we leave you how they are used and what they do in battles.

Slows and deals damage to target with a suffocating dagger. 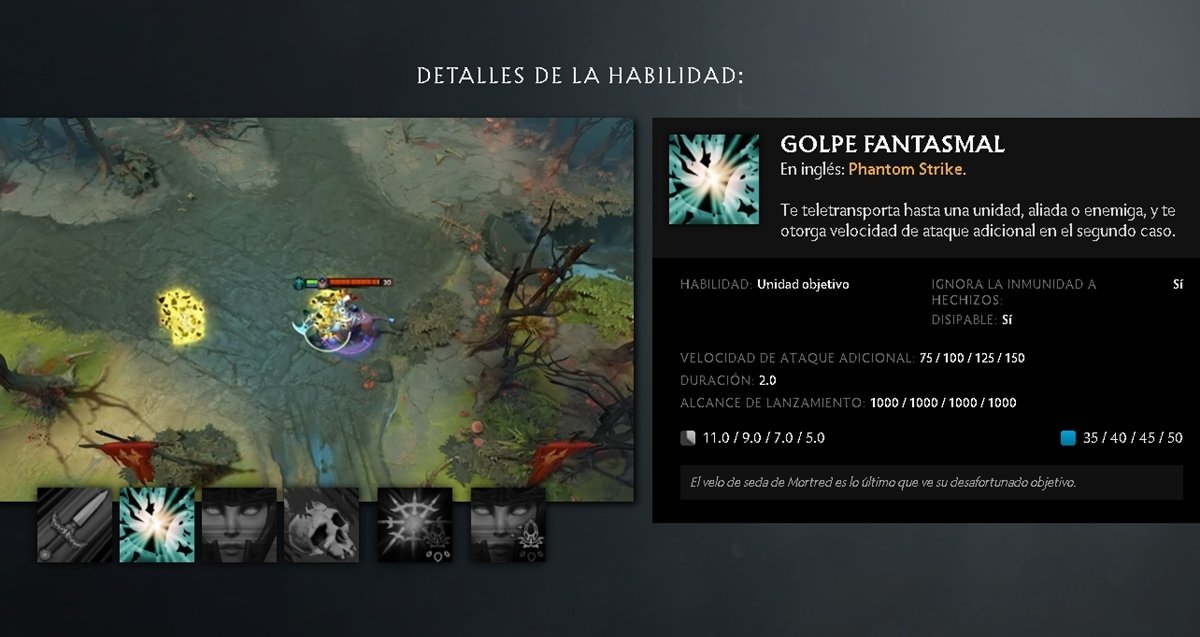 Teleports directly to the target and greatly increases your speed to attack much faster. It is good to activate it when the opponent is low on health, thus ensuring a kill. 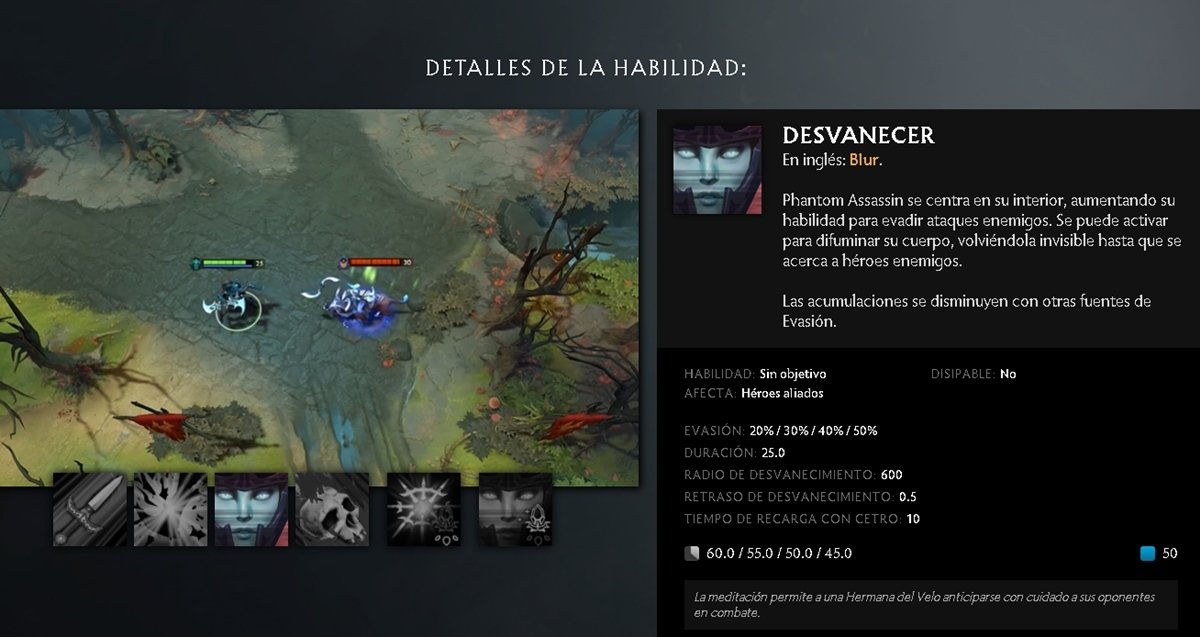 Increases the probability of evade enemy attacks and makes it invisible. To escape unfavorable combat it is always a great way to use it. 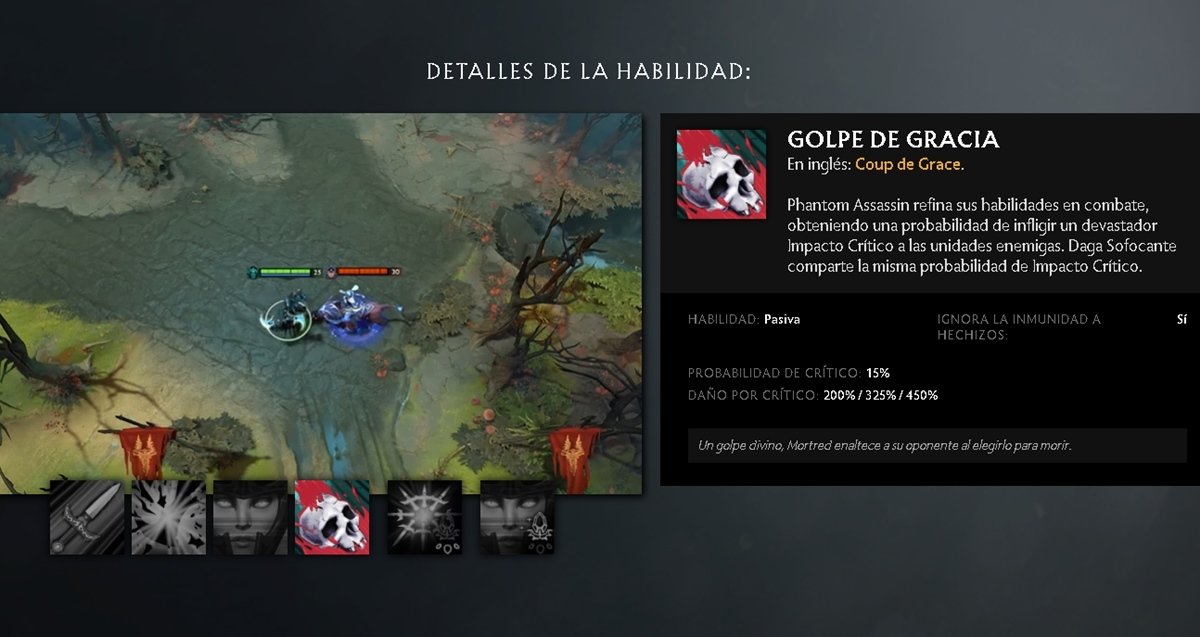 Increases the probability of causing Critical Hit with his attacks.

Read:  Windows 11 reduces WiFi latency with the help of Valve, but you can only use it if you have a Qualcomm chip 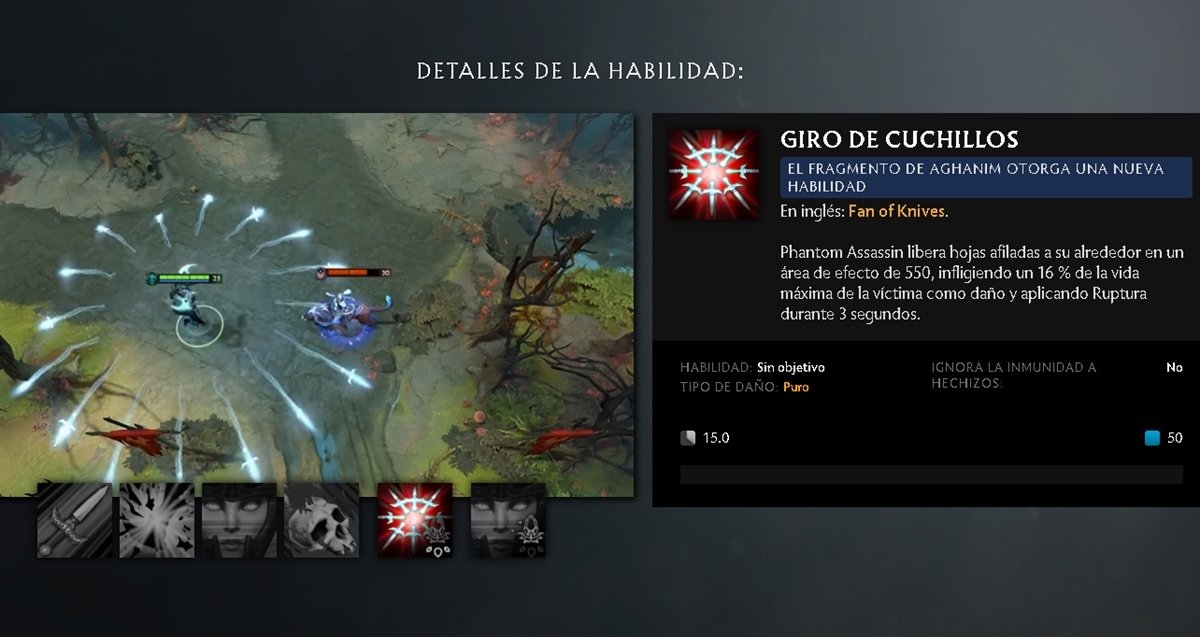 Unlocked with the Shard of Aghanim. Throw knives around her to wound and break nearby enemies. This is the only attack that Phantom Assassin can make on multiple enemies, use it when necessary. 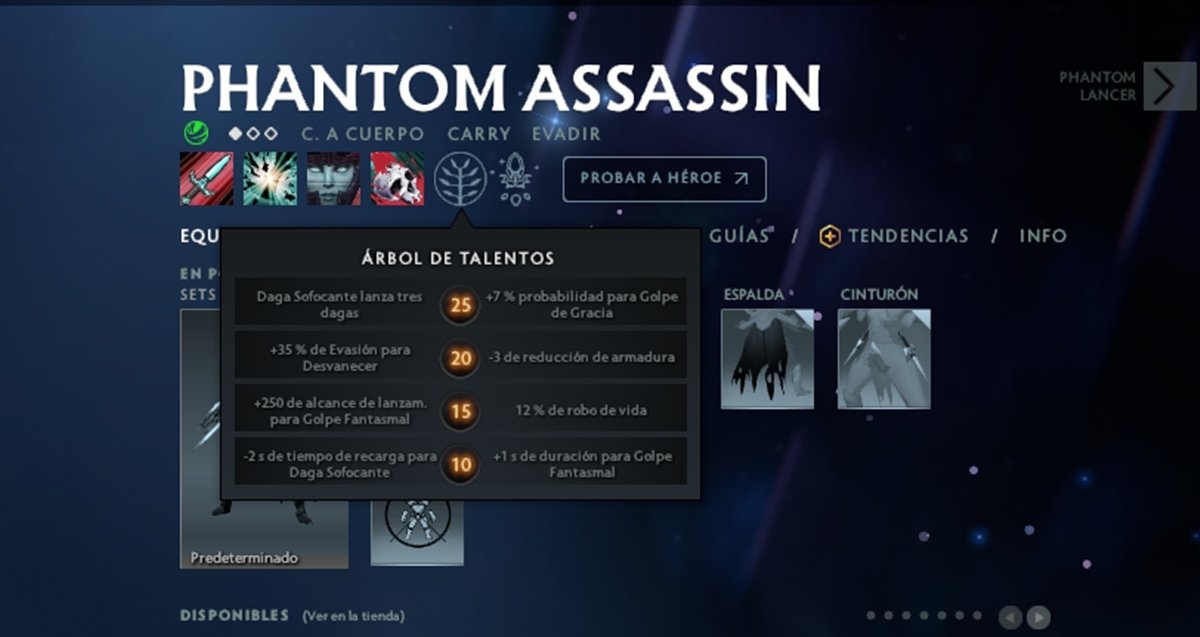 The talents of Phantom Assassin focus on improving their skills, as this makes her a powerful Carry that can easily take out enemies. Therefore, all the upgrades you select are good depending on the powers that you use the most during battles.

Advantages and weaknesses of Phantom Assassin in Dota 2 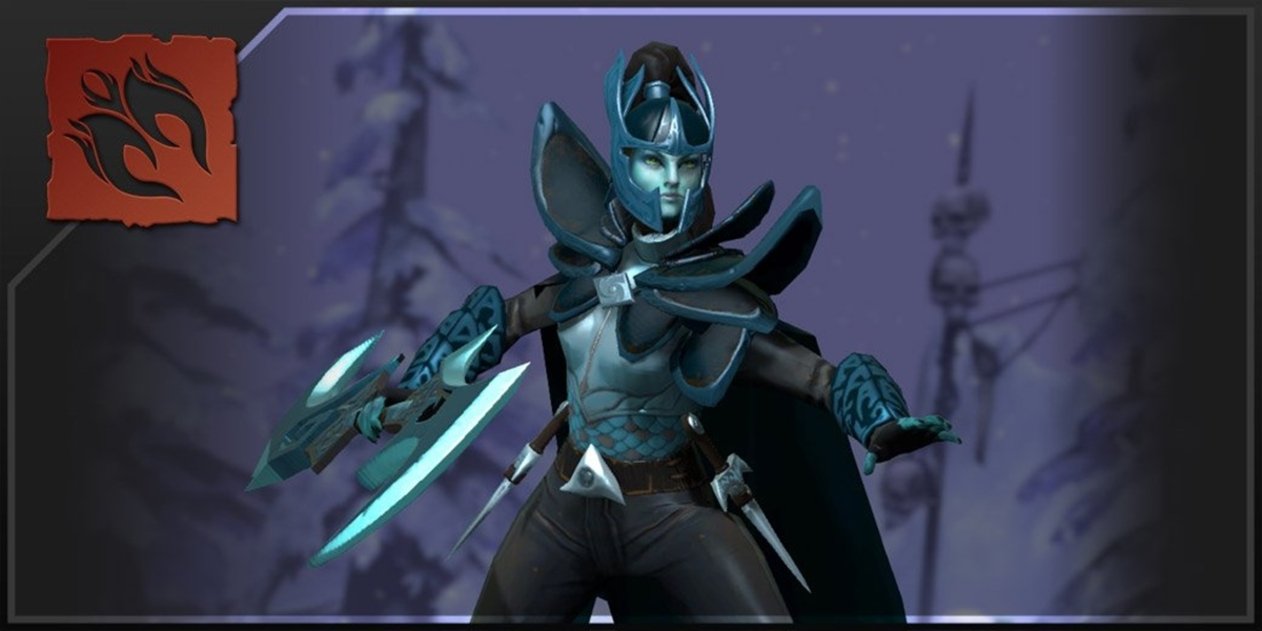 Phantom Assassin’s job is hunt down the most fragile Heroes, those who have little life or who are at a disadvantage in the face of her attacks. The modus Operandi is to attack them by surprise with the Phantasmal Strike to slow them down and finish killing them. It is also excellent for evasion, speed and critical damage that it can cause when it attacks an opponent, although everything is more effective when it has allies like Vengeful Spirit, Omniknight, Magnus, Slardar, Ancient Apparition or Beastmaster. Its weaknesses are as follows:

Items for Phantom Assassin in Dota 2 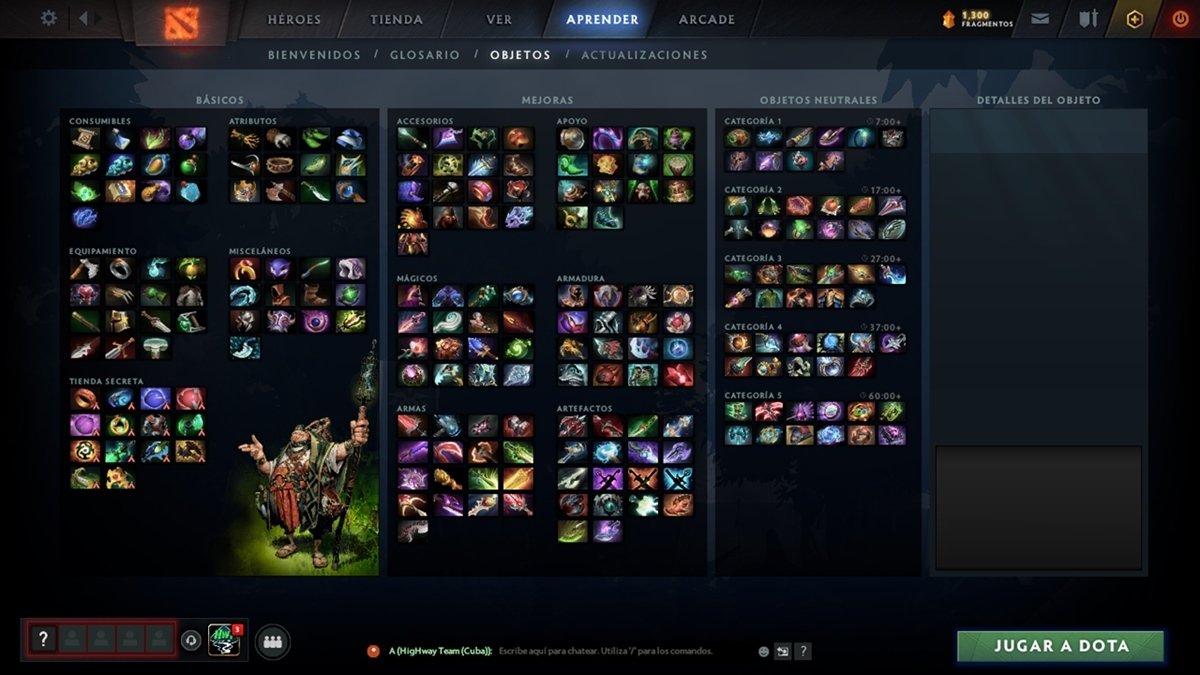 This Hero needs a lot of gold and mana, in addition to have to farm fast in the first stage of the game so that he can become an excellent warrior for the team. Its characteristics are not going to be enough, and it is for this reason that we must add special objects to enhance its abilities.

Each of these points will be may Phantom Assassin be a weapon to kill, With it you won’t have to worry about getting into any kind of combat, including the confrontation against Roshan in Dota 2.

The anime My Hero Academia is joining the battle royale as free-to-play and with beta on PS4, Xbox, Switch and PC

Overwatch 2 may have been downgraded to improve its mobile experience

What is the PEGI label on video games and what does it mean?

Trick to have unlimited storage in Telegram