Bullfrag
Home Technology how to activate the function to show less to a person on... 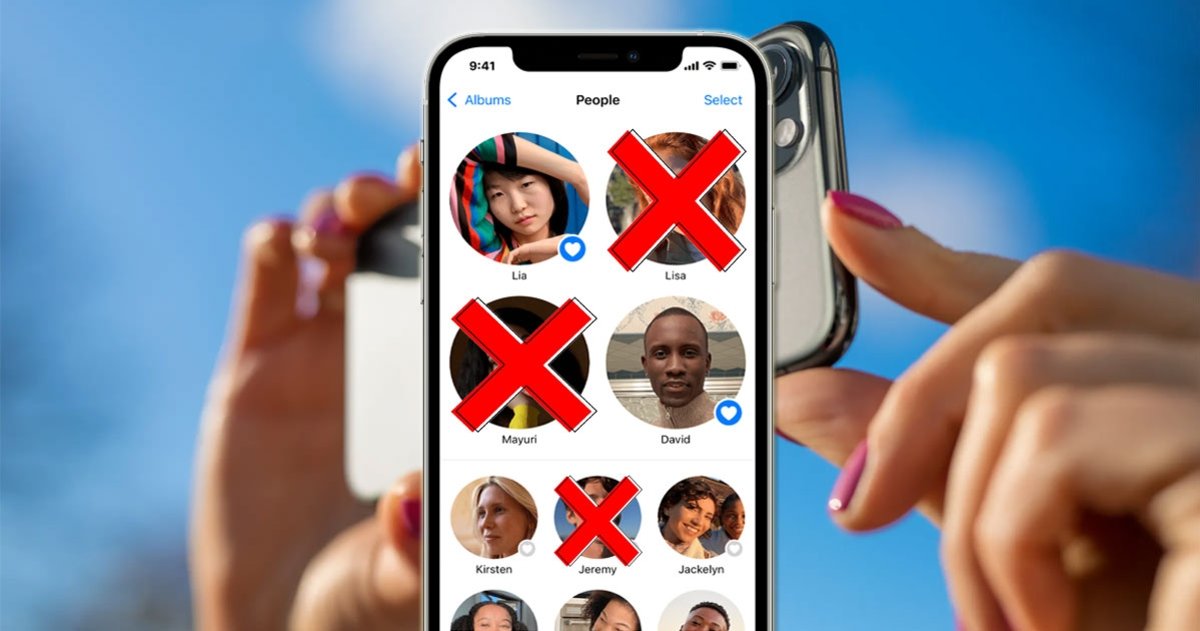 Facebook
Twitter
Pinterest
WhatsApp
Index hide
1 A Photos option allows you to customize the People album to appear more or less.
2 How to activate the function to show less to one person in Photos
3 Other options to hide people in Photos
3.1 Set favorite people
3.2 Hide photos on iPhone
3.3 Last Resort: Reset the People album

A Photos option allows you to customize the People album to appear more or less.

The mobile gallery has gone from being a simple image viewer to offering many other functions. The Apple Photos app also relies on improved artificial intelligence to adapt to the style of each user. Apart from that, it is an increasingly customizable tool because, among other things, Photos allows you to stop showing a person in the images of your iPhone.

It is an option that has been implemented for several versions of iOS, but it has been improved over time. Just as you can add favorite people or name photos where friends and family appear, you can also sort who appears more or who appears less in your gallery.

As we have told you before, the Photos app has greatly improved his artificial intelligence to offer a more personalized experience. Among other utilities, scan photos to help you quickly recognize people, scenes, and objects within photos.

Depending on the number of photos you have, you can watch a memory movie. And when you have iCloud Photos turned on, the people you have marked as favorites or named will be kept up to date on all your Apple devices.

If in the section ‘For you‘That person appears to you that you don’t want to see so often, just enough press and hold one of the photos that appear with that individual. A contextual menu will be displayed with several options, including “Highlight this person less“And if several appear in the photo, a menu will appear where you can choose who to stop seeing. If you see the option”Remove from featured photos“, that image will simply disappear.

Now, from the section “Persons“We are going to explain how you can adjust the frequency so that fewer people appear than you want. It is very simple because everything is done from the Photos app itself. A function that can be used from iOS 14.

Read:  How to customize the concentration mode of the iPhone

Other options to hide people in Photos

If this measure does not convince you so that certain people do not appear in your gallery, there are other alternatives that you can also use. Basically its objective is going to be the same, which is to hide or limit content in the gallery where people appear. You already decide which one you want to apply.

How the Photos app lets you mark people as favorites so that they appear earlier in the gallery, both in the ‘For you’ section and in the Memories, as well as being able to locate them more quickly. If with some of the people you no longer frequent so many photos, simply remove them from that privileged list.

Simply do the opposite when you bookmark someone. Go to the People album and, at the bottom of it, search for “Favorites“to see the people you have added. Click on the heart icon of the person you want to remove and it will automatically be removed from that list.

When hiding photos and videos, they move to the Hidden albumso they don’t appear in the Library, other albums, or the Photos widget on the home screen. If you want to see that content on the front page again, you can deactivate the Hidden album at any time.

If you want to clean most of the settings in the application, more specifically the People album, you can restore it as it came from the factory. There comes a time when it is not worth going photo by photo, so it is better for an action such as deleting duplicate photos that saves you time if there are many. Before continuing, you should know that with this restoration all names and data will be erased to identify people, although the photos remain: