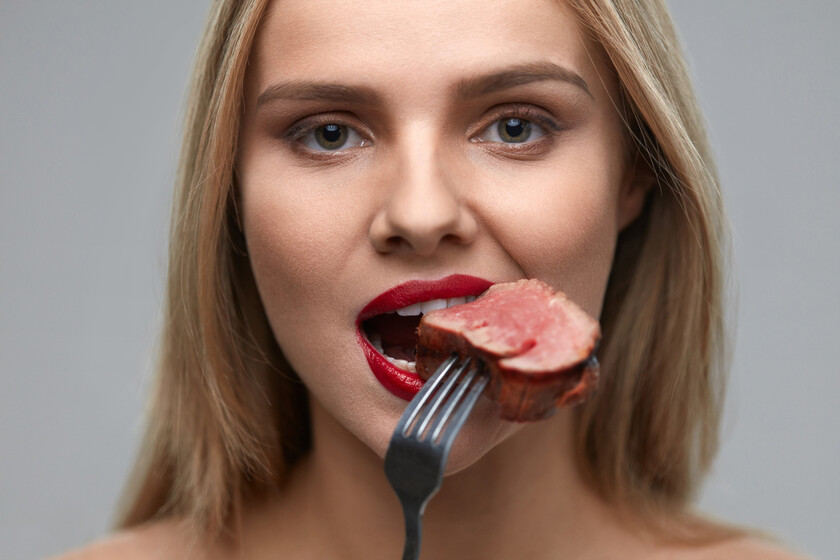 The consumption of meat, or rather the excessive consumption of meat, has become a topic of debate due to its relation to climate change and whether a reduction in its intake could benefit the planet. Is the current consumption of meat viable with the increase in population for the sustainability of our planet? Scientific evidence is becoming clearer. We summarize the most important conclusions in this article.

Public interest in meat consumption occupies extensive debates about the sustainability of the current high consumption and its effects on climate change. On one side of the scale is the sustainability of the current high consumption of meat for the well-being of the planet. On the other side is the meat production sector, which is a source of income and employment for more than a billion people around the world.

At the beginning of this year, 2022, we were able to verify the effect that some statements can have on the livestock sector, when the Minister of Consumption, Alberto Garzón, put macro-farms on the table. A criticism of this type of animal husbandry set off all the alarms in political parties and in the population dedicated to it, about 1,300 million people according to 2020 estimates.

The conversion of these types of farms into more sustainable ones for animal welfare and our planet will have to happen sooner rather than later. It is normal that the people who work on it do not want to use their money for it, unless there is a structured plan so that the planet, the animals and the farmers win.

A recent narrative review published in one of the world’s leading health journals, Annual Reviewsdescribes the relationship between meat, economy and climate change. The information from said quality report will be the basis for preparing this article.

The meat is a rich source of nutrients necessary for humans, especially quality proteins linked to vitamins and minerals. White meat stands out at a nutritional level, while red meat, and especially processed meat, is not so interesting for health, as it is related to some diseases such as cancer.

Therefore, meat is a food that must be present in the diet. However, its high consumption favors the loss of biodiversity in some regions and pollution due to the greenhouse effect produced by the emission of gases from these animals and the products related to their upbringing.

The meat consumption has increased enormously in recent decades, being the pork and the birds the ones that dominate the consumption of meat at present. The graphs in the image show how it has not stopped rising since the 1960s.

Globally, livestock farming accounts for around 40% of total agricultural production. Future supply and demand for meat cannot be predicted as many factors come into play. What is remarkable is that continuing these consumption trends would cause environmental and resource problems.

The meat has an environmental and climate footprint much higher than plant-based foods. Vegetarian and vegan options like plant-based meat and lab-grown meat are more sustainable, but have different nutritional value.

Foods of animal origin are responsible for more than a quarter of humanity’s freshwater and up to two-thirds of all food-related greenhouse gas emissions.

Meat production is considered one of the main drivers of global deforestation and biodiversity loss. In addition, the chemical substances released in the production of meat contribute to the contamination of terrestrial and aquatic ecosystems.

A very important and noteworthy fact is that most of these data are extracted from intensive production systems, which Garzón was referring to when speaking of macro-farms. Extensive grazing systems are totally different, and may even positively affect grassland biodiversity in some cases.

Read:  What does Chris Hemsworth eat in a day to maintain Thor's physique?

Poultry and pig feedlots are associated with negative health consequences for local communities. Red meat production is an important factor behind the health damage caused by air qualitycausing 15 times more damage related to said air quality than the production of plant-based foods.

Therefore, continuing this high production and consumption of meat will lead to collapse of global ecosystems on which humanity depends directly.

The water footprint of meat production is significantly higher than that of almost all foods of plant origin, excluding some such as nuts that also require water. large amount of this precious liquid.

More than 97% of that water footprint is due to feed production, not for consumption by animals that use rain stored in plant soils. Another problem is the contamination of water by livestock activities, an aspect that is again more worrying in intensive meat production systems than in extensive ones.

The Methane is one of the main greenhouse gases, which may surely be familiar to you. If emissions from the food system are not reduced, the objective of keeping global warming below 1.5ºC will not be achieved.

More food than meat is included in that food system, but since this food accounts for most of these emissions, it is one of the main sectors that must reduce greenhouse gases greenhouse.

The feed and aspects such as manure management they are responsible for most of the emissions, not the animals directly. Emissions from transport and packaging are much lower, although they are also often put on the table in debates to reduce the effects of these gases.

In the following image, extracted from the narrative review that we used as a guide for this article, the greenhouse gases produced are compared according to the type of food. Plant-based foods produce far fewer emissionswhich grow as we approach foods of animal origin, such as eggs, cheese and meat.

With the growth of meat consumption, the expansion of cultivated and grazing land is necessary to dedicate them to the production of this food. This occupation of new lands is one of the main contributors to climate change, in addition to the destruction of natural habitat and wild biodiversity.

The climate change, water and soil pollution and all that this entails leads to the loss of species that see their ecosystem altered. This problem is more visible in Latin America and Southeast Asia, which are the places where meat consumption has grown the most, both in general and per person.

We have not delved into economic aspects, animal welfare and human health. If you are interested in this topic, you can read the narrative review published just a month ago that encompasses the quality information published to date.

Meat consumption has increased in recent decades, and continues to do so today. Meat production needs more land and water than plant-based food productionand has much larger environmental and climate footprints.

It is necessary and important reduction of meat consumption to limit climate change and help the sustainability of the planet, especially in high-income countries. Reduce does not mean eliminate. Reducing means making a low to moderate consumption, especially now that we touch the 8,000 million inhabitants on planet Earth.

Teamwork between the consumer, the institutions and the application of new technologies and incentives in the meat industry is very necessary so that Neither party is affected.

It is worth mentioning that at no time do we seek a crusade against the meat industry. The meat is a nutritious food and that it has a place in the Mediterranean diet, one of the healthiest that exists. The remarkable thing is that we must avoid such high consumption and certain intensive farming methods so that it is sustainable for the planet, the only one we have.

Death Stranding’s arrival on Game Pass is a triumph for the Xbox brand, for PlayStation Studios and for gamers