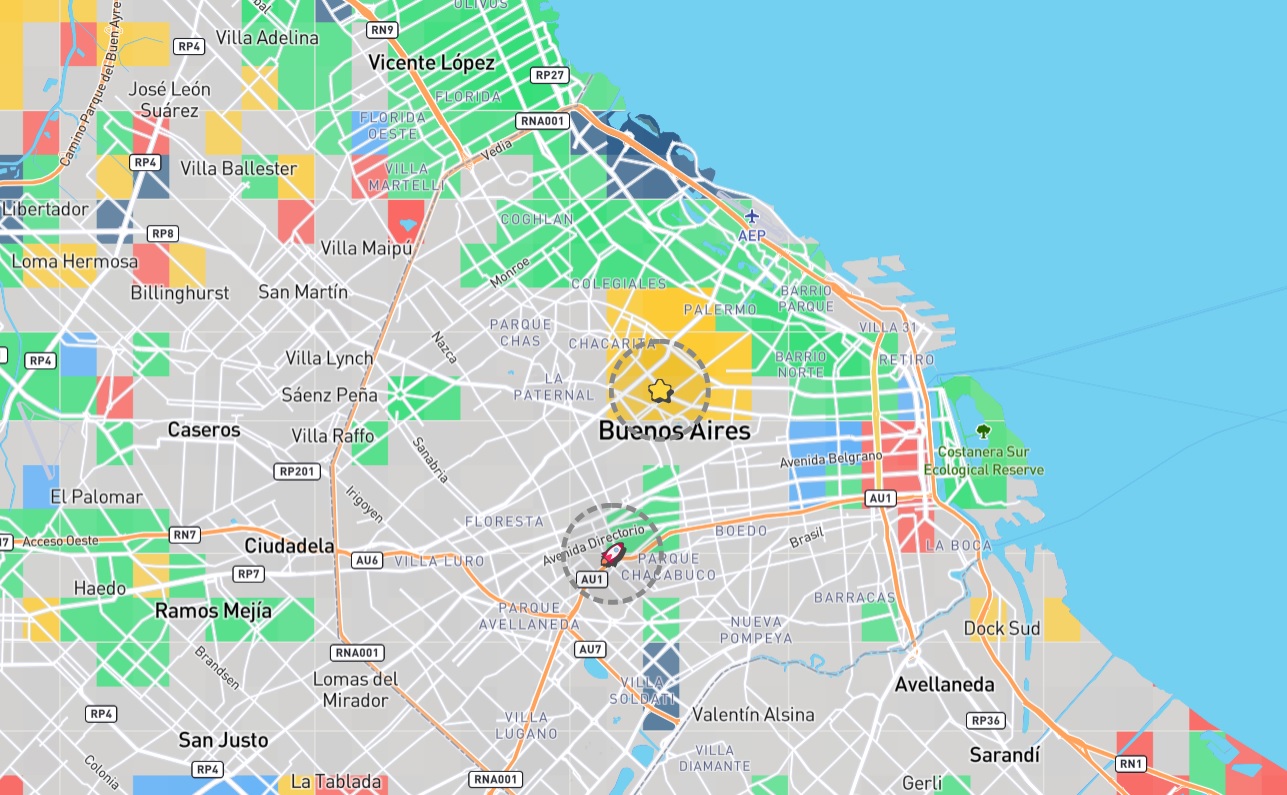 Share
Facebook Twitter LinkedIn Pinterest Email
Index hide
1 Whether you are a tourist or not, Hoodmaps can be of great help or even make you laugh at the comments you find. This map has labels (made by different people) that describe neighborhoods anywhere in the world. Find out more here!
2 Share it with whoever you want
3 Related Posts

Whether you are a tourist or not, Hoodmaps can be of great help or even make you laugh at the comments you find. This map has labels (made by different people) that describe neighborhoods anywhere in the world. Find out more here!

Google Maps It can be one of the most used applications by tourists or people who simply have no idea how to get to a certain place. However, many times going to a new neighborhood or city can be difficult. Not only because of the trip, but also because of the security (or lack of it) that there is. For this we have hoodmapsa world map that has labels with descriptions for the different locations.

These labels are not made by a particular person, but rather anyone can contribute their grain of sand. After all, everyone sees her neighborhood, or everyone else’s, differently. For this reason, once you want to go to a certain place, you get into hoodmaps and you see what the labels say with the opinions of both its own inhabitants and those who do not live there.

This, as you can imagine, generated some pretty funny or controversial descriptions, at least from what we saw in the Buenos Aires, Argentina part. From describing neighborhoods in Loma Hermosa as Mordor or Narnia until put in Villa Urquiza: “Vincent Viloni lived around here”. Also, near the Japanese Garden they put “Otaku Land”, while in San Isidro there are labels like: Milipilis, Rugbiers, Lolapallooza.

Among so many labels, it even becomes quite difficult to read all of them, but there are many references to soccer (both teams, fields and players), politics and security. In addition, you can also see some opinions about bars, restaurants and even faculties.

On the other hand, to make it easier to search, filters can be applied, either remove the labels, which show you places with cafeterias, coworking and more, or activate a pixel mode that marks the student, tourist, work areas, etc. richer, among others.

hoodmaps is a map created with map box, a tool that allows you to create your own layers on the open maps of Open Street Map. This can also be done with Google Maps.

Something to keep in mind is that hoodmaps is in English, so if you want to search for any location in the world you have to write it in English, if it has a different name. For example, Buenos Aires remains the same, while Seville is Seville or New York is New York.

Nevertheless, hoodmaps It is a relatively new map, so some locations have few or no labels. But, as this site becomes much more popular, it is a matter of time before it fills up. More if we take into account that anyone can write what they want and paint the colors of the neighborhood type at will.

If you want to include your opinion about any neighborhood, simply click on a place on the map and touch the text icon (a T) or the brush to paint the location you want. Also, in case you agree or disagree with what a label says, you can vote with one finger up or down, and those descriptions with the most positive votes will be the most visible.