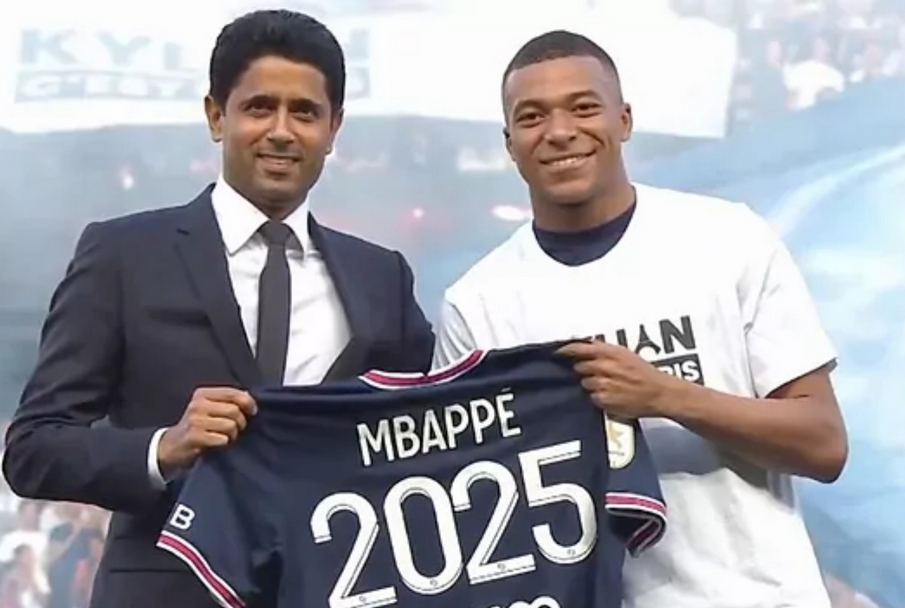 Paris Saint-Germain has done the impossible with the intention that Kylian Mbappe remains among its ranks, now everyone is wondering what are the details of its renewal and How much money will Mbappé earn after his signing??

PSG closed the season as champions of France, however, it was considered by many a season to forget. The incorporation of Lionel Messi and Sergio Ramos gave indications that this team could transcend in the most important European competition, however, this did not happen.

At the same time, the possible departure of Mbappé from the club raised alarms, as the 23-year-old striker seemed to be clear about his departure to Madrid, according to what the media claimed. However, now that it’s done official its continuity until 2025, real Madrid will have to wait to have the world champion among their ranks.

What we are all wondering now is what will be the salary you will receive and what are the details of your contract?

A few weeks ago, Madrid fans closed the door to the signing of Erling Haaland, as the footballer had just announced his transfer to Manchester City from England. However, the bet was that the Madrid club closed the hiring of the heir to the Portuguese throne, Cristiano Ronaldowhich Eden Hazard has not been able to honor.

However, the footballer made the decision to renew with the French team and remain as the star of the most powerful team in France today.

Read:  3 keys to the "Love For Sale" marketing strategy

This decision was controversial in networks, because for more than a year, Spanish media assured that the Mbappé case with Madrid was closed and was only expected to be made official at the end of the season.

But what made Mbappe want to stay? According to reports, the French club points to him as the key piece of a team focused on winning the Champions League during the next seasons. In addition, the player will earn a salary of 50 million euros net per yearan amount that would make him the best paid in the world, above his teammates Neymar and Lionel Mesi, who receive a salary of 49 and 40.5 million net annually.

In sum, it is known that the club has decided to give him a bonus of 100 million euros just for having stayed in the team. The contract has been extended until 2025, so there will be three more seasons in which the star can continue to be the club’s benchmark.

According to reports, another key point in the negotiation was that Mbappé will now earn 100% of the income from his image, which will be deposited in his bank account. According to what is said, Real Madrid would have refused this and, therefore, the footballer would have made the decision to stay.

In addition, sources indicate that this renewal would have meant the departure of “Fideo” Di María and Keylor Navas, who will have to seek accommodation in another club. Likewise, Mauro Icardi would be one of those who receive a large salary that will no longer be considered for the following campaign.

The League, for its part, announced that it will file a “complaint” against PSG with the aim of defending “the economic ecosystem of European football and its sustainability”, before UEFA, the administrative and tax authorities of France and before the organs authorities of the European Union.

Mbappé could become the highest paid footballer in the world

What is it and how did the immigration program that will be eliminated come about?