How much money do the World Cup champions receive? 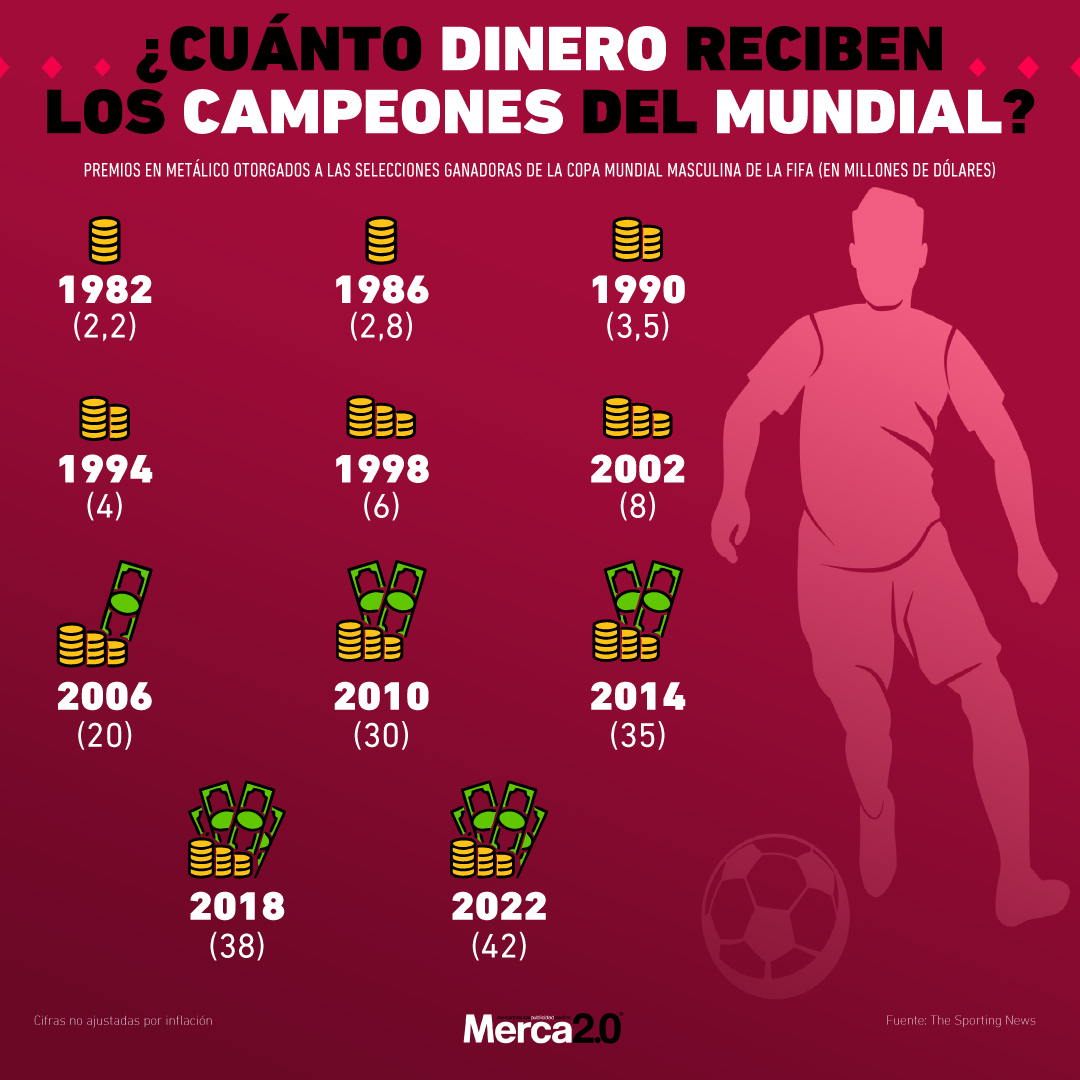 Information from The Sporting News has revealed how much money the teams that remain World Cup champions earn, a tournament that this 2022 took place in Qatar and where Lionel Messi’s Argentina managed to be crowned.

After a month of duration, starting on November 20, the World Cup in Qatar came to an end with the dream come true -for a large number of soccer fans- of seeing former Barcelona FC star Lionel Messi champion.

At 35 years of age, the current striker for Paris Saint-Germain FC achieved what, for many years, was demanded of him and, to this day, it can be said that the world of football is “surrendered” by “Lio”.

It is not for less, because we are talking about one of the most important athletes in history and, without a doubt, a footballer who has changed the sport itself in many ways.

How much money do the World Cup champions receive?

To this day, and since 1930, Brazil is the team that has been crowned champion of the sports fair the most. In addition, the South American country, along with Germany, France, Italy and Mexico, have hosted world soccer on two occasions and, without a doubt, something that should be noted is that, by 2026, Mexico will be, for the third time, one of the hosts of the World Cup.

Last Sunday, with Lionel Messi at the helm, Argentina reached three stars/three cups, only two below Brazil and one below Germany and Italy.

On the other hand, knowing that they are winners of the World Cup, Argentina will pocket a prize of 42 million dollars for its national soccer federation, coming from FIFA’s 440 million prize fund, being the highest figure ever received a world champion in the history of this tournament, according to what The Sporting News points out.

Read:  BIN File Extension – What It Is and How to Open in Windows