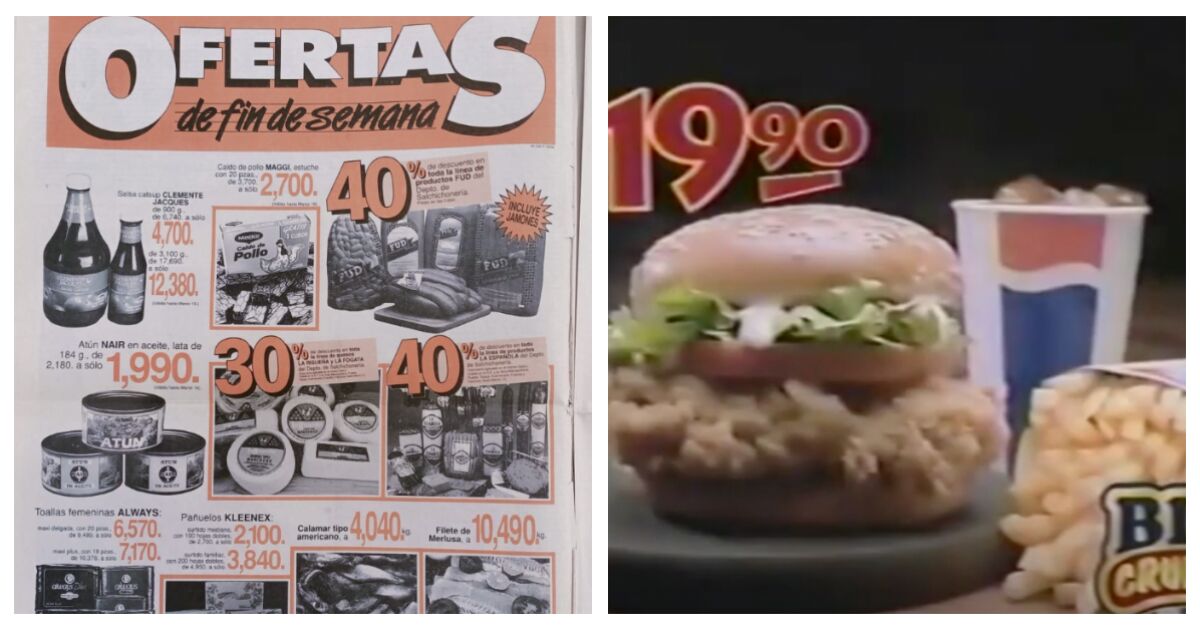 The price increase It is a natural process of an economy. This is so because each price is determined by the supply and demand of the products, as well as the costs associated with their manufacture. There are prices that move seasonally, like fruit that is cheaper in summer, because there is more supply.

Also, as an economy grows, there is more money in circulation and the general demand for all goods increases, prices adjust accordingly. And, since the producers have the expectation that the prices maintain a constant growth, within a certain margin, they adjust their price according to these estimates.

So, with the simple intention of observing how inflation is a gradual process, here we leave you the announcements with the prices of the last decades in Mexico. Now try to remember what you had enough for when they gave you your ‘Sunday’.

Expansión checked the publicity in national media that circulated 22 and 30 years ago and this is what we found.

How much did it cost you to go on vacation 22 years ago?

Going to Las Vegas on a round trip from Mexico City cost you with three or four nights of lodging, it cost between 399 and 809 dollars. While visiting Canada for seven days was $799.

An acapulcazo? In 2000, a package called “Consentido” for two people cost 475 pesos; It included a luxury room with a sea view and two children under the age of 12, free.

Aviacsa Airlines offered flights to Monterrey, and vice versa, at a cost of 867 pesos.

Going to see the monarch butterfly during an excursion in the spring of 1992 cost you 61,400 pesos on a round trip, while for two days and one night, the price increased to 195,300 pesos. In Turissste’s offer, the price for the beneficiaries was 58,800 pesos and 178,800 pesos for the time mentioned.

Read:  Banxico: how to vote, what to say

How much did the pantry cost you 30 years ago?