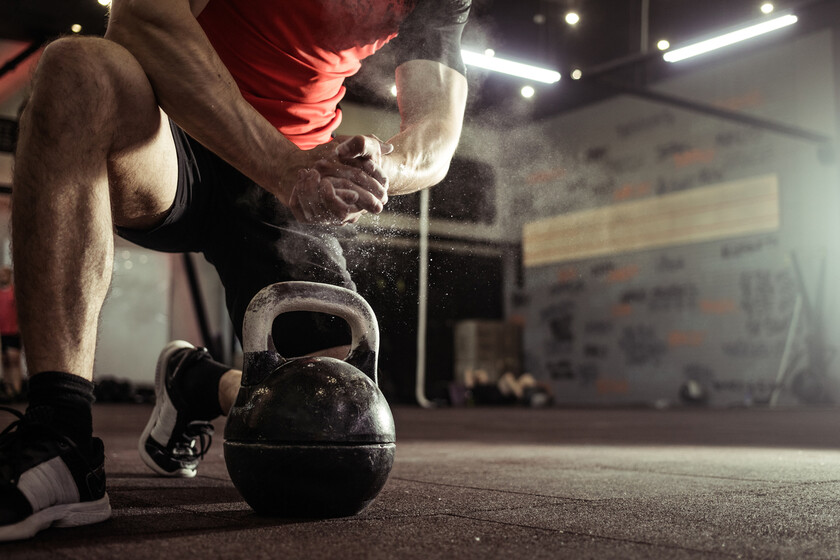 How many sets do we have to dedicate to the forearms per day? How many series a week? How to train them? In this article we are going to answer these three questions based on scientific evidence and the conclusions of the best world experts on the subject, so that we have a standard guide on which to build our training program.

Should we train the forearms directly?

It depends. The answer is almost always it depends. If we are beginner subjects who also have a limited training time, it will be more useful. spend time training multi-joint exercises that challenge our grip. Examples of this are pull-ups and deadlifts.

that way We will build a good base in our forearms, while increasing strength and muscle mass. And we’ll spend that time learning good deadlift technique and other basics, rather than focusing on the forearms in isolation.

As we increase our level of training and that muscular base, and if we also have time for it Without taking it away from other important exercises, we can focus on directly stimulating our forearms. We will see below a brief practical guide on how to do it.

How many sets per day and times per week are recommended for training the forearms?


The Renaissance Periodization group contributes some reference data for forearm training. From the minimum volume to maintain them, to the maximum volume that we must not exceed because it would be counterproductive.

As we have previously mentioned, the grip strength and muscle mass of the forearms can be improved without direct stimulation. Of course, we need traction exercises, such as pull-ups, rows and all the back and biceps work. In addition to other exercises such as deadlifts that demand great grip strength.

That is why, in times of lower volume or rest, we can maintain the muscle mass of this part of the body without the need to devote any exercise or series to it in isolation. We would therefore talk about zero weekly series and zero days per week directly, being stimulated the days of back, biceps and deadlift.

The minimum effective volume is that number of weekly series with which adaptations begin to be produced. In the case of the forearms it is as low as two – four sets per week for beginners, which could be completed in a single training day per week.

In people with a higher level of training, the minimum number of weekly series to produce adaptations would be eight sets, preferably done two days a week. Therefore, we could do four sets of forearms on Monday and another four sets on Thursday.

Read:  Doctors call for diabetes screening to start at age 35

With all this ruckus, how do I train my forearms then? We must move between the minimum effective volume and the maximum recoverable volume. This space is known as maximum fitting volume and that is where we should base our program.

Can create all the combinations we want as long as there are a minimum of four and a maximum of ten sets per session. We can: train two days a week and do five sets each day; we can train three days a week and do four sets one day, and six sets each of the other two days; and so any distribution that suits you.

The forearm is the part of the arm that goes from the elbow to the wrist. In this area we find muscles that are responsible for flexing and extending the wrist. Therefore, to stimulate said muscles we should mainly perform wrist flexion and extension exercises.

In this first exercise we perform a wrist flexion trying to raise the bar as much as possible, without moving anything but our hands. We grab the bar at the same width as our shoulders and try to hold for a second when the bar is at its highest point.

In this case we work with dumbbells, but the exercise is very similar to the previous one. We make a wrist flexion trying to make the dumbbells rise as much as possible and then we press for a second before doing another repetition.

This exercise for the forearms is similar to the previous one, except that now the palm of the hand faces up. We therefore make a wrist flexion, mainly stimulating the flexors of that joint.

Make a fist with handgrip

On this occasion we do not mobilize the wrist, but we focus on making a fist. The hand grip is a tool that allows us to regulate the force that we have to exert in the grip, being able to progress with greater intensity each time.

In Vitónica | Forearm training: how to train a key but sometimes forgotten muscle group in the gym