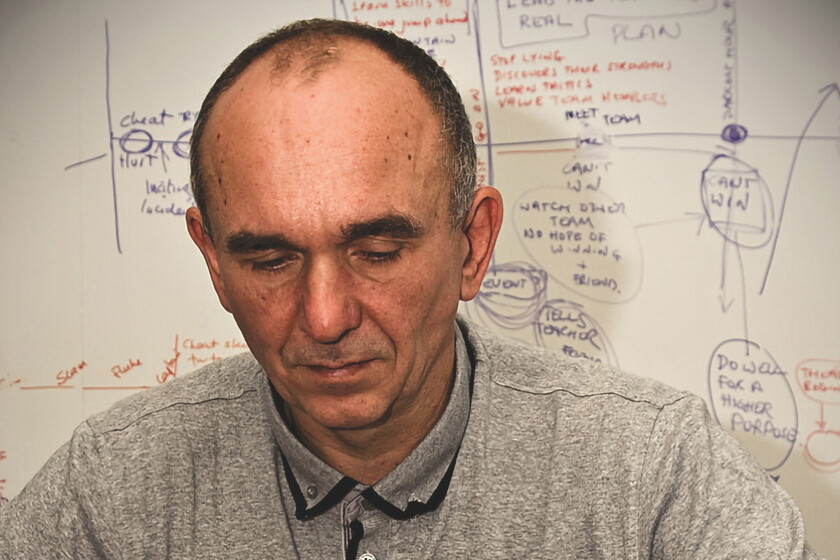 Although it may sound glancing to the youngest of the place, Peter Molyneux’s was for many years one of the most repeated names in the industry. But despite his great successes, from the mythical black and white until fablethis genius ended up relating more to his lies than to the games he developed.

Become the perfect definition of “come up“, he promised that accidents in theme-park would end up taking the victims to Theme Hospital, which by dropping an acorn on fable we would see how an oak tree would sprout from its seed, or that in its latest game every drop of water and grain of sand would be realistically simulated.

As you can imagine from the headline that heads this text, none of that ended up being fulfilled, and with it Molyneux He ended up becoming a down-and-out genius whose ideas and promises ceased to carry weight in the industry.

One could say that his only fault was being ahead of his time, that if his ideas did not materialize it was not because of a lack of desire, but because of the limitations of the technology of the time and his inability to meet the high expectations that Molyneux put in it.

But the truth is that exaggerating and inventing more than necessary is something that has always been with him. Even before making a dent in the video game world. In fact, he entered it thanks to one.

Taking advantage of a mistake with the name of his company, he got 10 computers from commodore for free with which he was able to develop his first successful projects. But let’s not run too much. Lets start by the beginning.

From baked beans to video games

In the late 1970s, a young Peter Molyneux He was at the perfect time and place to be one of the first to make a career in the video game world. With sufficient resources and the necessary studies to enter the world of programming, the following years were spent from failure to failure.

He developed three different projects that would not attract any attention, crashing time after another before the dream of being a video game creator while those around him began to emerge in an ever-expanding industry.

Aware of how far he had fallen behind, Molyneux he followed his father-in-law’s advice and ended up jumping into a completely different market, a company that distributes jars of baked beans in the Middle East. he was born Taurusand with it the turn that would turn his life upside down.

no thanks to Molyneux, eye, or at least not directly. What would turn her life upside down and allow him to move on with her dream was something as simple as a mistake in the name. Someone who simply confused the name of his company with another.

The key was that this error was not made by any company. One of the commercials commodorewhich at that time was seeking to enter the British market with its computer Friend and intended to reach an agreement with the developers in the area, confused the name of Torus with the of Taurus.

Instead of knocking on the doors of a software developer, he ended up contacting the company Molyneux and, unaware of the mistake, they were offered 10 Amiga computers for free with which they could start porting their software to the new system.

Far from admitting the error, Molyneux he held out his hand, took the computers and left there with the intention of starting to program software similar to the one requested. After developing it, they went to commodore to introduce it and clear up the misunderstanding.

In need of a project that they already had, Commodore managers gave the software the go-ahead and, with the moderate success achieved, Molyneux he used the money to create Bullfrog Productions.

This company would launch years later the mythical populous, reaping the first great success of the creative and causing EA to acquire a part of the company. And so, with the death of a young dreamer’s morals, one of the most controversial characters in the video game industry was born.