How hard is it to play poker in the Decentraland metaverse? we make the attempt 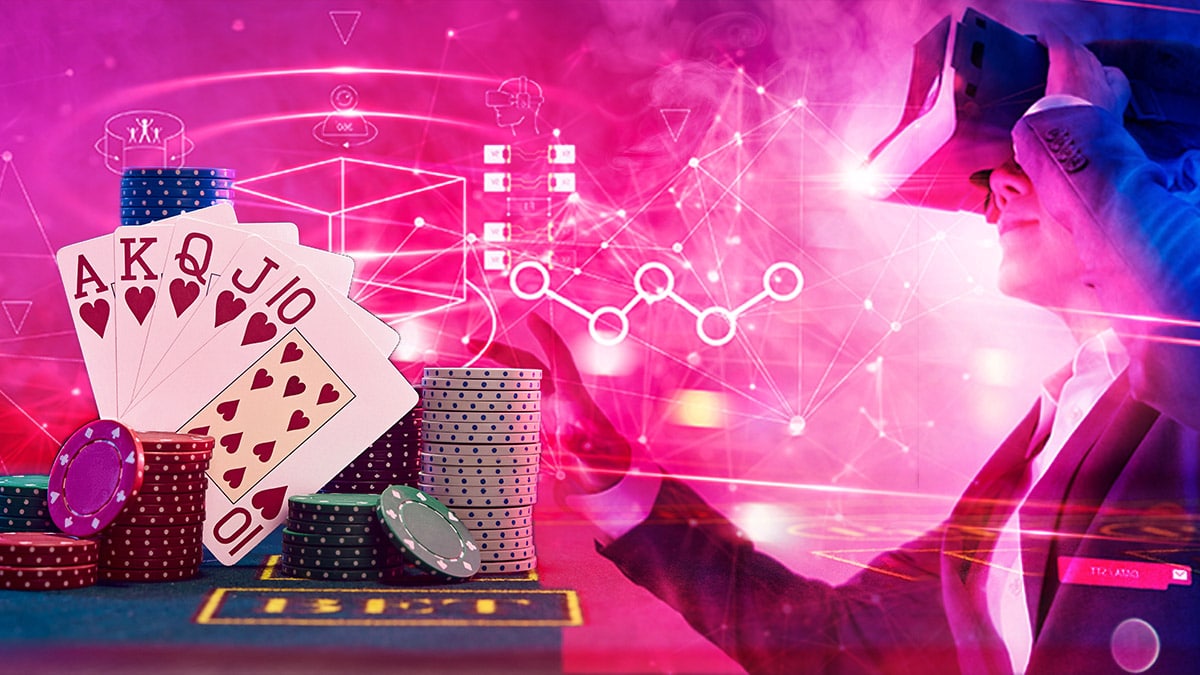 Leaving home is no longer an essential requirement to enjoy games of chance. Now we can have fun playing cards in the metaverse, and even earning some tokens in the meantime. To live this experience first-hand, CriptoNoticias tried Ice Poker, a Decentral Games proposal in the Decentraland metaverse.

Ice Poker is a game launched in October 2021. As CriptoNoticias reported on that occasion, it is a Play-to-Earn (P2E) that allows you to earn tokens as you playwhether it’s completing challenges or, of course, winning games at the gaming tables.

The product is still in beta phase, that is, on trial. In fact, when playing the game you may see several times the recommendation to report any bugs or make recommendations to the Decentral Games team. However, the main functions are available. Below, we provide some details that may be useful to those interested in entering the world of virtual fun.

How do I start playing?

To start the adventure in Decentraland, you must have a wallet that can connect with the browser what are we going to use Available options are Metamask, Fortmatic and those compatible with WalletConnect. I installed the first one without major problems.

Decentraland can also be entered as a guestbut the game options are limited and you can’t store achievements or wins in this case.

Once we have what it takes to enter, it is essential to start playing ICE Poker have an NFT wearableswhich is the one that gives access to the game. There are all kinds: clothing, hats, glasses, accessories and many more. In order to acquire it, it is required to have at least 1 DG in staking on the Ethereum network or 1000 xDG in Ethereum or Polygon.

The price of these NFTs are clearly a “filter” that the game puts in place for its users. ANDThe cheapest is priced at 2.3 ether (ETH), which is equivalent to USD 7,250 according to the price of the cryptocurrency at the closing of this note. The most expensive ones can be worth 1,000 ETH.

This high value is justified, according to the developer company, in that the new NFTs that are created are placed at a price similar to that of the secondary market (of tokens created that are traded between users). Thus, the market capitalization is prevented from going down due to the generation of new cheaper tokens. are made drops from 1250 new NFTs biweekly. After each drop, the proceeds are burned in ICE tokens.

Drops of 1250 are made new NFTs every two weeks, which are sold in ETH and ICE tokens. After each drop, 100% of the ICE collected is burned, while the ETH is divided into two parts; One is burned and the rest goes to provide liquidity to DG pairs or stablecoin reserves.

It is also possible to get a proxy token from another player. If this option is chosen, the player and the owner of the NFT share the possible winnings according to the table shown below.

Contrary to this “economic barrier”, the basic requirements for running the Decentraland metaverse can be easily satisfied with today’s computers. If you have a dedicated graphics card, much better. While the graphics don’t compare to those of the most developed video games, it does present some demand for a board integrated into the PC’s motherboard.

Once you have everything you need, it’s time to play. In the first venue I was transported to, called The StrongHold, there were 10 tables distributed in a large room, but nothing extravagant. There are three other stages, Chateau Satoshi, Dext, and Osiris, with total space for 2,800 players.

Music makes you feel from the first moment that you are in a pleasant place, where you are going to have a good time; it’s somewhat jazzy and conveys the patience that a poker game—or at least a part of it—requires.

The first time I got several seats available and was able to join quickly, but on the second experience at this location I had to move to another space because there were no vacant seats. This can make people uncomfortable and grumpy, like me, who like to get straight to the point in video games, without too many introductions or waits.

One possible solution is found on a blue button to the left of the “Find Place at a Table” screen. However, when you click, a list of servers appears (in any of the four game scenarios) and when you enter again, you have to look for a free table. Chat helps too, although it doesn’t seem like the ultimate solution because you don’t always get a quick response.

At Chateau Satoshi, the second compound I reached through an instant teleportation portal, the experience feels more complete. The place is much bigger—it has three floors where you can roam— and there are many more tables. Here yes, I get an easy place.

Something that struck me in both scenarios is that, as in real life, the “rich people” can be distinguished from the crowd. They are seen because they wear flashy and even luminous accessories, such as angel wings or cowboy boots in inconspicuous colors. Again, plus point for realism.

With the cards in hand

When selecting a table, the player has the option to redeem chips. Each user is limited to 3,000 tokens or «chips» newspapers that are distributed automatically for those who have the wearable NFT. I bought 400 tokens, although you can choose to redeem more.

At first, it took me a bit to get used to the dynamics of the game. This observation is due to the fact that the cursor can be used to direct the avatar’s gaze, to choose game options and, by pressing Escape, for other alternatives such as chat, statistics or the profile of other participants. Keyboard shortcuts can also be used for many of these actions.

The results did not accompany those first hands either. After several consecutive negative balances, a pair of aces and a trip of 4 saved me the day. I end up with over 1,400 chips in my favor, after winning 2,470 chips in these two plays.

Although the results are anecdotal in this case, there is a fact that cannot be ignored, and that is that players can make real money at these poker tables. This thanks to the ICE token, which is earned by completing challenges and can be multiplied according to the level of the NFT that is owned and as the percentile of the player with good results increases. In my case, I managed to multiply them by 1.1x. To this is added the 3 experience points (XP) that the game grants and are accumulated in the profile of each player.

ICE is currently worth $0.17 according to CoinMarketCap. If this is multiplied by the 147 units I earned, the positive balance would be approximately USD 25, which can be exchanged in QuickSwap —Polygon network fees are required to be paid in the Matic token to operate, but they are extremely cheap. Not bad for one night, although it is clear that you do not always have the same luck.

As explained in official publication from Decentral Games on ICE Poker, this native token is the one needed to lie (create) new NFT wearables, which can then be worn or sold on the marketplace. There is also another one, DG, which is used for governance in the Decentral Games DAO, to level up an NFT (there are 5 levels) and to activate an NFT purchased from Opensea.

If you like cards, ICE Poker will interest you

In summary, the experience was fun and the game showed many edges that, with some detail improvements, can be exploited. ICE Poker appears as an entertaining alternative with potential for the inhabitants of the metaverse.

Getting seats at tables can get tricky sometimes, but when you start playing, you don’t want to stop. There is always the desire to follow one more hand to see what chance holds and what we can add with our skills in the game.

The design, while limited to metaverse graphics—far from traditional video games—is intuitive and easily understood. With a couple of hours of practice, it can be mastered to perfection.

A not minor point is that playing Ice Poker is quite expensive and not many people can afford to buy an NFT worth that much money. In this sense, the range of the public that the game will reach seems to be greatly reduced, although there is always the good idea of ​​joining a guildwhich is an academy in which a person delegates their NFTs for others to take advantage of and thus both can generate profits with them.