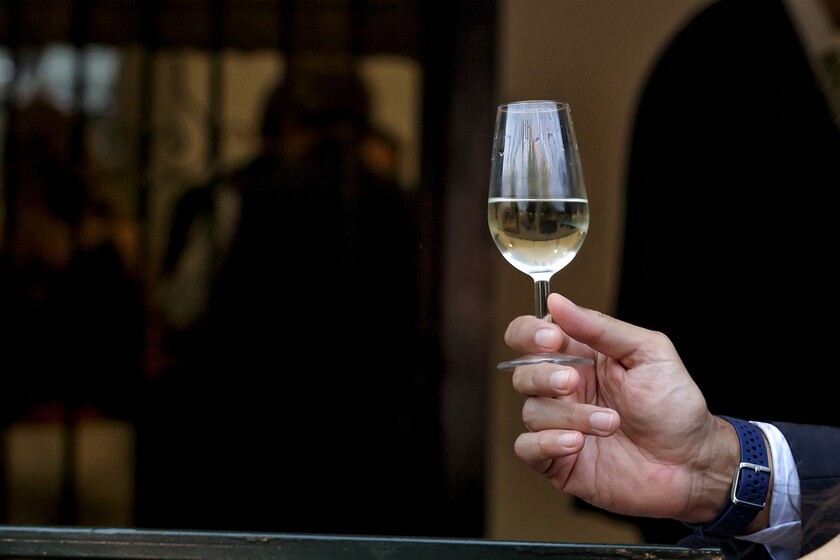 More and more wine lovers are falling for the charms of the generous wines, something that is not surprising when one discovers the potential and versatility of these unique wines in the world that are produced in an archaic way and that, until not long ago, despite being admired internationally, here they were totally underestimated.

And something that many of those who delve into this exciting lot agree on has to do with the differences between a Fino and a Manzanilla. Sooner or later, we all ask ourselves the same questionand that is precisely what we are going to try to solve today.

Index hide
1 Where are fortified wines made in Spain?
2 Differences between Fino and Manzanilla

Where are fortified wines made in Spain?

But first of all, remember that in Spain there are three zones in which this type of white wines are made (made with white grapes) which, surprisingly, can have an almost black mahogany color. On the one hand, there is the Marco de Jerez, which covers three towns close to Jerez de la Fronteraand where can we find both dry wines (made with the Palomino Fino varietal) as natural sweets (which are obtained from the Pedro Ximénez (PX) varietal or the Moscatel varietal.

Next we have to travel to Córdoba to discover the charms of Montilla-Moriles, those “Montilla wines” that are currently still less known than “sherry” but they are left over quality and personality. In this case, we are talking about fortified wines that are made exclusively with the Pedro Ximénez (PX) varietal.

Lastly, we cannot forget the Generous wines from Condado de Huelva. And here we have to distinguish between those that are subjected to a biological aging process of at least three years or “in flower” (Condado Pálido), which are made with listán de Huelva, Palomino fino and Garrido fino, and those that age through aging oxidation and are made with Zalema, Listán de Huelva, Palomino fine and Garrido fine (Condado Viejo).

Differences between Fino and Manzanilla

Taking for granted that the reader knows well the different types of fortified wines that exist (manzanilla, fino, amontillado, oloroso, palo cortado), we proceed to reveal the subtle differences between a fine wine and a manzanilla. And for this we have to focus mainly on two aspects:

On the one hand, as he has always defended the wine maker Antonio Floresthere is the subject of the earth. A priori, we could talk about some payments or areas of cultivation of different vines, but for this to happen, Sanlúcar winemakers would have to stick exclusively to the coastal payments of Sanlúcar (Miraflores, San Borondón, Martín Miguel, Balbaína,…). And the truth is that in reality, today, Jerez winemakers can have vineyards in coastal payments and Sanlúcar winemakers can have vineyards in inland payments. Hence, both manzanilla and fine share the salinity.

The other great aspect to take into account is that relating to the winery, biological breeding (flower veil). In this sense, it must be emphasized that the Sanlúcar Manzanilla Council identifies the camomile breeding with the town of Sanlucar de Barramedawhich is located at the mouth of the Guadalquivir and next to the Atlantic coast, which gives it milder temperatures than those that prevail in Jerez de la Frontera.

But what really influences when it comes to establishing Differences between Finos and Manzanilla it is the type of flower and its care in the winery, as well as the movement of the wine in the soleras and criaderas. And above all, parenting timethe activity of the flower and the permanence of the flower veil, both in manzanilla and in fine wine. Without a doubt, this is going to be decisive so that both profiles can be distinguished.

In DAP | The mystery of the cut line: this Sanlúcar winery has discovered a new type of wine that “shakes the foundations of Andalusian viticulture”
In DAP | The history of the Golden wine from Castilla: from a court drink for the Catholic Monarchs to a treasure recovered from the DO Rueda