house prices appear to have peaked

By EzraDecember 9, 2022No Comments4 Mins Read 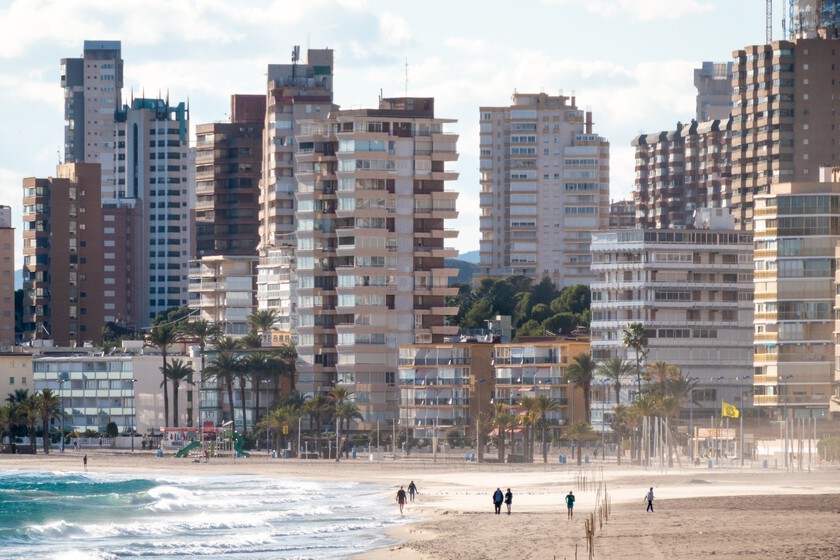 The house price spiral seemed endless. Runaway after the pandemic and after two years rising non-stop, now, the house, finally, seems to have reached its ceiling. Several stars have had to align for this situation to occur: inflation, increases in interest rates and mortgages, the economic crisis (and the loss of purchasing power of families) and stagnant wages. All this has ended up taking its toll on the real estate market, which is already seeing its recession in 2023.

From this point on, experts predict a much more stable period in housing prices. In fact, it is already reflected in the latest numbers published by the Government on the appraised value of housing.

house price drop. September marked a record in sales since 2007: an interannual increase of 6.9% in Spain. We also saw the effort that housing meant for families (up to 40% in some cities). However, now, and according to the report from the Fitch credit rating agency, house prices in most Western countries are going to fall, some reaching drops of 10% and others, like Spain, lighter drops: from 6 % nominal growth this year to between 2% and 4% next year.

But despite the growth, Spain will see a drop in real prices due to inflation, which will remain high. And therefore, and taking into account the general rise in prices, housing will really be getting cheaper. Of course, the fall will not be sharp, mainly due to the limited availability of new construction. Namely, demand for new homes will continue to exceed supplywhich will prevent the price of housing from falling sharply.

Why? In recent months we have seen how inflation has eaten into the pockets of families, the fear of a crisis, the increase in the cost of mortgages due to the rise in interest rates and the fluctuations in the Euribor. The authors of the report also highlight “the stable unemployment forecast” and the stricter conditions for granting mortgages. All this will cause the market to cool down, with some experts predicting a certain recession for next year, with the consequent drop in prices.

Read:  "They had seven days to prepare, we 10 minutes"

The end of a great housing boom. “2023 will put an end to the great boom started in the second quarter 2021″, pointed out the latest Real Estate Market Report, prepared by the University of Barcelona and the consultancy Forcadell. “In the first quarter of 2023 there will be a slowdown that we have already seen in other countries and that it will end up affecting Spain, and that it will take place in sales, but also in rent”.

As the report points out, we are seeing agencies reduce the number of applicants by 20-40%, indicating that interest rates begin to be noticed and that uncertainty has arrived.

market in recession. The phenomenon could occur in most countries, according to this article in EL PAÍS. With wages stagnating despite high inflation, housing will actually become more unaffordable. This could lead the market into a recession. If the ECB interest rate reaches or exceeds 3%, trading could fall by around 15%. As there will be less demand for housing, homeowners will have to lower prices in order to sell. Up to 5% is discussed at some expert tables.

While it’s not entirely clear whether housing will go down in 2023 or 2024, there is one thing all the predictions agree on. And it is that the number of sales will be reduced. Tinsa forecasts a 5% drop in transactions. BBVA Research he also sees a drop even though he estimates housing will rise 2% in the next year. Y bankinter it forecasts a drop of 3% in 2023 and another of 2% in 2024. Even so, with all this data on the table, it is still difficult to predict what can happen. Nobody expected the current situation two years ago and here we are.