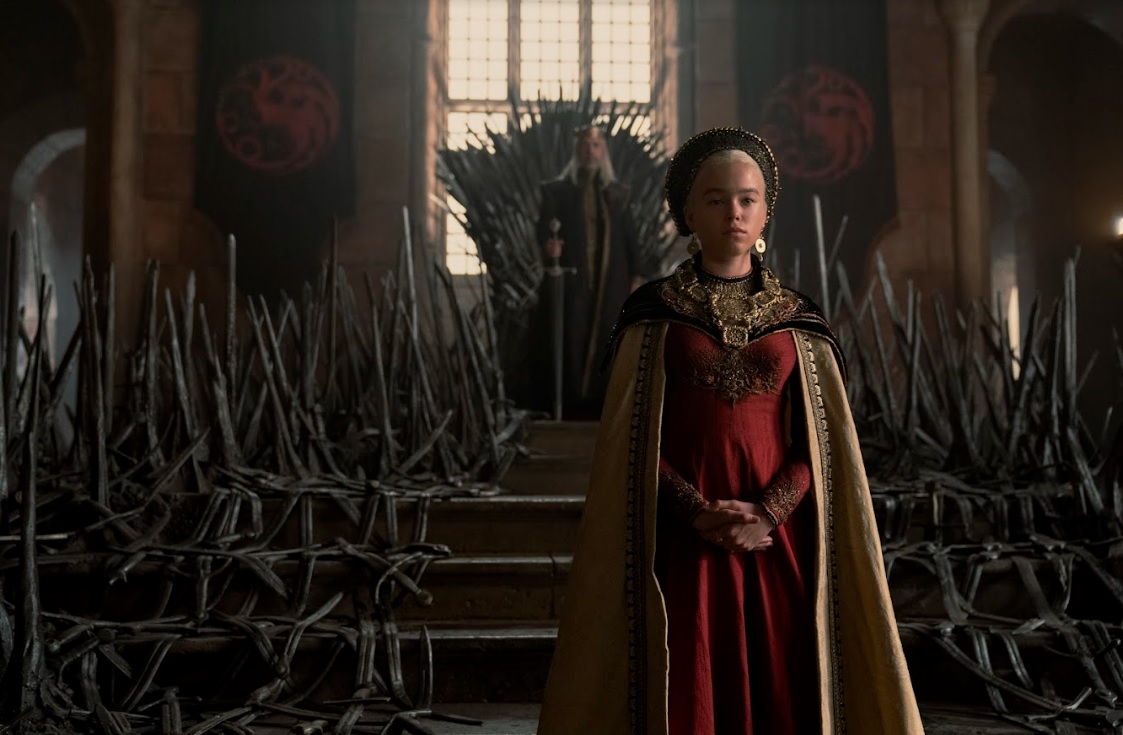 Share
Facebook Twitter LinkedIn Pinterest Email
Index hide
1 The prequel series of Game of Thrones, House of the Dragon, arrives on HBO and HBO Max on August 21 and, so that you more or less know what to expect, we leave you some of the criticisms that were coming out about this series. No spoilers, of course.
2 Share it with whoever you want
3 Related Posts

The prequel series of Game of Thrones, House of the Dragon, arrives on HBO and HBO Max on August 21 and, so that you more or less know what to expect, we leave you some of the criticisms that were coming out about this series. No spoilers, of course.

many fans of games of thrones are excited for the premiere of House of the Dragon. Despite the fact that several of these have not yet overcome the controversial final season of the mother series, some want to plunge back into Westeros, the betrayals, battles and dragons typical of this world. That is why we are going to tell you what the critics say about this spin-off.

House of the Dragon, It is based on the novel Fire&Blood of George R.R. Martin and takes us 300 years before what was seen in Game of Thrones, when the house Targaryens He was in all his splendor and occupied the Iron Throne. Over time we will see how this family begins an internal dispute to see who will be the successor to the king. Viserys I (Paddy Considine)resulting in a civil war known as the “Dance of Dragons”.

Here are some reviews of House of the Dragon, which look pretty good. From the first comments of some critics who had the opportunity to go to the premiere of the series (to see only the first chapter), to part of the media reviews that were able to see six episodes. Read calmly there are no spoilers.

Steven Weintraubfrom Collider, tweeted: “I didn’t like the last season of #GameofThrones. Absolutely. But I admit the #HouseOfTheDragonHBO series premiere is very well done and I will definitely continue to watch it. After the episode ended they showed an extended preview of the season and it looks great”.

Also from Collider, Christina Radish wrote: “For those curious about the series, without spoilers, I can say that what I really like is the fact that it still feels epic in scale and scope while telling a personal and intimate story about a family, showcasing both their love and their dysfunction.” .

From The Wrap, Brandon Katz said: “The #HouseOfTheDragonHBO pilot very efficiently explains its context in relation to GoT, introduces its main characters and exposes the central conflict of the series. It’s an easy-to-follow premiere with vibrant colors and detailed texture. Absolutely a worthy successor so far”.

Cat Combsof Black Girl Nerds, tweeted: “I didn’t know how much I missed the #GameofThrones theme song until I heard it tonight at the #HouseoftheDragon premiere! That first episode is fantastic! I can’t wait to see what’s next. Let’s cross our fingers that the final season of GoT does not repeat itself “.

From the Bald Move podcast they commented: “I think the first episode will easily appeal to curious fans after Game of Thrones’ difficult ending. I think it’s earned a season of continued fan loyalty, if they deliver on the promise of the first episode I watched this entire season, watch out, because A Song of Ice and Fire is back!”.

Ben Dowellof Times Culture wrote: Fantastic and earthy, wacky yet shockingly colloquial, welcome back to Westeros, where House of the Dragon promises to be, well, the new Game of Thrones, only slightly different.“.

From Discussing Film, Ron Hilliard commented: “The team behind House of the Dragon did what was once thought unthinkable after the final season of Game of Thrones. Count and Sapochnik (the showrunners of the series) they created a Westeros that is rich and vibrant, placing it firmly within a different period, while also making it feel like the best of the original series. House of the Dragon is clearly made with care, by people who not only deeply know George RR Martin’s stories and lore, but also deeply love them.”

Helen O’Harafrom IGN, said: “The release of House Of The Dragon marks a strong and well-cast start for the Game Of Thrones spin-off. This feels very close to its predecessor in tone and content, but immediately sets up a power struggle around a kind, weak-willed king and vivid new characters to fight those battles. We also have dragons, inbreeding and resentment. It’s good to be back in treacherous Westeros”.

Yes ok Erik Kain of Forbes writes that House of the Dragon not as good as game of Thrones and that sometimes it even has a slow rhythm, ensures that this new spin-off “It is a show that is very worthwhile. You just need to keep your expectations in check. This isn’t just a different era set hundreds of years before Ned Stark took his children south to King’s Landing, it’s an entirely different kind of story.”.

Jamie Lovett Comicbook said all it took to get hooked on the story was “a shot of a dragon gliding over King’s Landing backed by Ramin Djawadi’s score”. Furthermore, he added: “As a prequel, House of the Dragon can’t count on the same level of mystery and intrigue as Game of Thrones. Instead, he tells far more personal stories fueled by a desire to define himself against societal norms and assumptions, adding personality and pathos to the comparatively dry source material.”.

from Empire, John Nugent wrote: “House Of The Dragon has a lot to prove, and it makes an admirable attempt in its first few episodes. But for better and for worse, it does not escape the shadow of its predecessor, at least not yet..”

Lucy Mangan, of The Guardian, commented: “House of the Dragon looks poised to become the seven-dimensional political chess game that its predecessor was.. DDesigned to reward die-hard fantasy fans without alienating the masses that will propel it to the top of the ranks.”

Finally, Therese Lacson, of Collider, wrote: “The politics of the court and the intrigue of the changing dynamics are enough to keep you hooked. MI found myself hungry for more episodes and eager to know the fate of these characters. While we only knew the Targaryens as a folk dynasty seen through the eyes of Daenerys, it’s exciting to see the house when it was in its heyday. There is enough love in House of the Dragon to keep me coming back for more. Between the dragons, the strength of the actors, and the plot twists and turns, I can’t wait to see where they take us next.”.

If we let ourselves be carried away by these criticisms, House of the Dragon it looks like he’s not going to let the fans down and who knows? Perhaps they will make you forget a little the bitterness that the end of Game of Thrones. Let’s remember that George R.R. Martin helped create the series and serves as executive producer, alongside the showrunners Ryan Condal and Miguel Sapochnik.