Bullfrag
Home Entertainment House of the Dragon highly respected Game of Thrones, according to its... 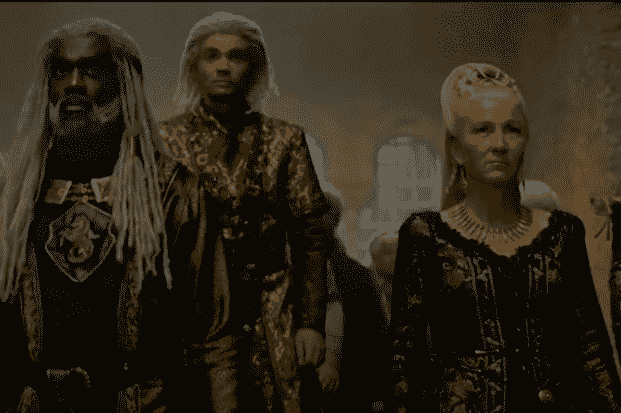 House of the Dragon, the upcoming HBO premiere and Game of Thrones spin-off, sought to respect the original show a lot according to its chief creative officer.

game of Thrones it is one of the most watched series of all time. The show of HBO It caused great furor and created a whole universe, one that has so far blown up a franchise. The title will continue to spread its recognition thanks to a spin-off, House of the Dragon.

Faced with the great responsibility of carrying the mantle of such a product on their shoulders, the creator of the new installment, Miquel Sapochnik, He referred to the respect and fidelity that they tried to bring. «I think we were very respectful of what the original show is. It wasn’t broken so we’re not trying to reinvent the wheel«, He added.

However, the developer was sincere and commented that despite keeping the legacy of GOT, the new product will have a very different tone and approach.

«House of the Dragon has its own tone that will evolve and emerge over the course of the show. But first, it is very important to pay tribute to the original series, which was quite innovative.

We stand on the shoulders of that program and we are only here for that program. So the most important thing we need to do is respect that program as much as possible and try to complement it rather than reinvent it. And I was involved in making the original show, so I feel like it’s been helpful. Like, I’m not going to come in saying, ‘Let’s change everything! Let’s make a different color palette! ‘ No, I quite like the color palette.

Read:  What is Barry Keoghan's role in The Batman?

That said, we can’t say, ‘Well, when we did Thrones, we did it this way … If you start every sentence with that, you’ve lost. This is something more and it should be something more. It’s a different team, different people, a different tone. Hopefully, it will look like something else. But it will have to be that way. Winning that won’t happen overnight. Hopefully fans will enjoy it for what it is. We’ll be lucky if we ever get close to what the original show was, so we’re just hanging our heads and moving on and hoping that whatever we come up with is worthy of having a Game of Thrones title.«, He concluded.

The launch of the project in question is scheduled for 2022 to come out in HBO Max.