By NicolasOctober 3, 2022No Comments5 Mins Read 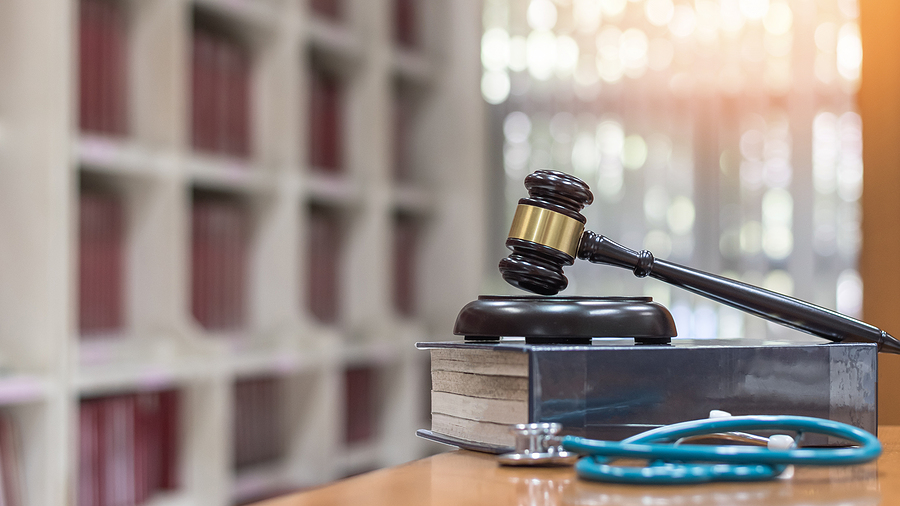 A fundamental aspect for any hospital or clinic is to make a correct diagnosis in each patient. Being able to identify the origin of the discomfort is one of the keys to achieving a successful resolution in each case. Although the truth is that sometimes it is not achieved and it can not only lead to legal repercussions but also cause damage of various magnitudes.

All this comes to mind due to a serious incident in which the life of a Undergraduate Internal Medicine (MIP). More than a year after the complaint was filed, the resolution was finally obtained indicating that the health authorities were to blame.

The National Human Rights Commission (CNDH) led the Recommendation 172/2022 to General Director of the General Hospital of Mexico “Dr. Eduardo Liceaga”, Guadalupe Mercedes Lucía Guerrero Avendaño. The document accuses that he committed violations of human rights to the protection of health, life and access to health information, to the detriment of one direct victim and two more indirect ones, attributable to medical personnel of that treatment center. Health.

On April 9, 2021, the complainant victim denounced in writing to this National Commission the inadequate medical care provided to his daughter at the General Hospital, where she was undergoing her rotating internship as a medical student at the IPN. Everything was generated because the young woman started with a box of discomfort in the throat and mild coughbefore which it was only prescribed and sent home.

However, given the lack of improvement, in August of that year, a private doctor diagnosed the victim with tuberculosis infectionso he returned to the General Hospital where he was prescribed the drug “Dotbal”treatment for early-stage pulmonary tuberculosis.

Said medicine caused rashes, chemosis in the body, pain in the eyes, fever and weakness. Therefore, she was admitted to the ER and was diagnosed with Dress syndrome.

MIP dies due to hospital misdiagnosis

Due to this, the pharmacological treatment was suspended and two imaging studies were performed -tomography and magnetic resonance imaging- and contrast medium was administered, which caused an anaphylactic reaction and severe bronchospasm and, despite resuscitation techniques, the victim passed away on October 11, 2020.

The two occasions that he presented the anaphylactic reactioncaused deterioration in respiratory function and exacerbated liver failure and Dress Syndrome, without the hospital staff reporting this complication in their medical notes.

A medical student from @IPN_MXwho did his internship at the @HGM_OD, died in the same hospital due to a misdiagnosis and poor medical care; That’s why we issue the #Recommendation 172/2022.

From the logical-legal analysis of the evidence, the CNDH determined that three public servants of the General Hospital omitted the adequate medical care that the victim required to provide her with a timely diagnosis and treatment, which affected the violation of her human right to protection. health with consequent loss of life. The poor integration of the clinical file violated the right to information on health to the detriment of the victim and her relatives, indirect victims.

Consequently, the CNDH requests the General Directorate of the General Hospital of Mexico “Dr. Eduardo Liceaga” to collaborate in the registration of the victims in the National Registry and proceed to the immediate comprehensive reparation of the damage causedincluding fair compensation. Likewise, psychological and thanatological attention is given to the parents of the victim and they are provided, where appropriate, with the medications they require.

In addition to this, it is necessary to implement a Comprehensive course aimed at management and medical staff in the Pneumology and Radiology area of ​​the nosocomiowhich includes the people cited in the Recommendation, on training and education in human rights, the right to health protection, the right to life, as well as the Official Mexican Norm of the File, to prevent acts similar to those in the present case.

Finally, a circular must be issued addressed to the management and medical staff of the Pneumology and Radiology area of ​​the General Hospital containing the appropriate supervision measures in the integration of the clinical file and prevention work in medical care that guarantee that the instances are exhausted. pertinent to satisfy medical treatment in accordance with the provisions of national and international legislation.

This is the salary of pharmacy botargas, is it higher than that of a MIP?

“UNAM was wrong to send the MIPs home and not to the hospitals”: ​​AMLO

They criticize the MIP of the IMSS for making guards with fault, is the uniform still necessary?