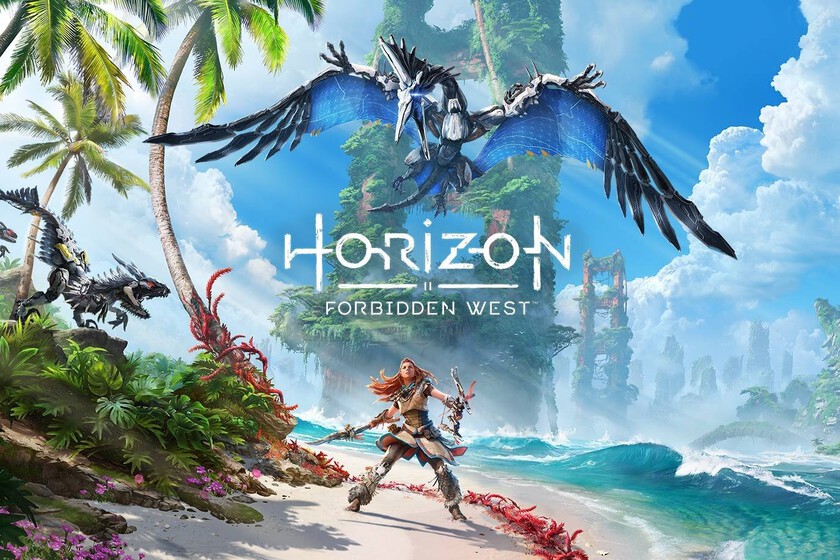 Less than a month separates us from discovering what the Forbidden West of Horizon Forbidden West hides. The Guerrilla Games sequel aim very high, following the story of Aloy, which will last practically the same as the first game and with a unique ending.

As usual in all developments, it must be announced when a game reaches the gold phase. The developer has revealed that Horizon Forbidden West is now ready to start copying and distributing the title. It will be on February 18 when it lands on both PS5 and PS4.

It is precisely on PS4 Pro where we can get our first look at how Aloy defends herself from the machines and see the world in all its glory. In the first sequence we have Utaru tribe, which lives in Cantollano, specifically in the huge radar antennas in the area. This region has been severely affected by the mysterious red plague that invades the Forbidden West.

In this other gameplay the perches, really agile enemies that will not give a single breath during the battle. The traps and our entire arsenal of weapons will be key to liquidating the machines.

They finally return fangedwhich not only give a lot of trouble in a one-on-one combat, but can also appear in packs to make our lives impossible.

On the other hand, the study has shared more screenshots taken directly from the PS4 Pro version. They remember from Guerrilla Games that they have tried to make the experience between PS5 and PS4 the same. Horizon Forbidden West It will be the last Sony exclusive to allow free upgrade to PS5 at no cost.

Read:  Microsoft will stop offering Xbox 360 games on the service

Today we’re also giving you a first look at gameplay and screenshots taken on PS4 Pro!

🏹 Head to the PlayStation Blog to see more: https://t.co/3s523OMBem pic.twitter.com/JqGlevaLCD