“Homosexuality is not a crime” 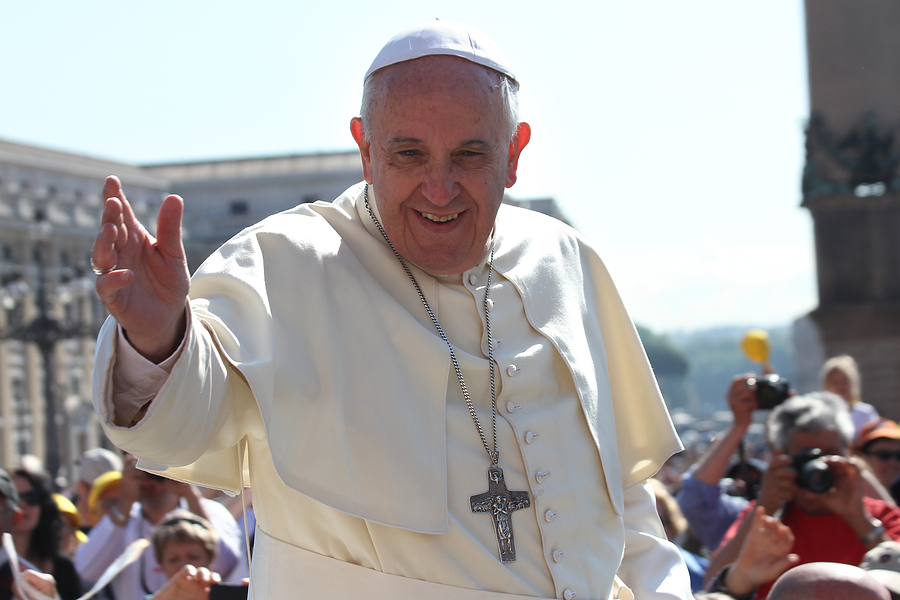 Pope Francis, since he arrived at the Vatican in 2013, has become a key figure in the Catholic Church.

Beyond the fact that every highest pontiff is a source of inspiration for millions of Catholics, the Argentine it revolutionized the way the Church communicates with its followers and the world at large.

The pope has used a combination of modern media and traditional methods to spread his message, using social networks, posting tweets tweeting regularly and making use of Facebook, YouTube and Instagram to reach younger generations of Catholics.

Precisely in an interview published this Wednesday, January 25 by Associated Press (AP), Francisco left some concepts that are being highly commented on social networks.

Among other topics, the pontiff spoke about the laws that criminalize homosexual relationships, about his health, about the criticism that exists within the Vatican and about his future.

On the laws that criminalize homosexuality, he described them as “unjust.” He said that God loves all his children just the way they are and asked Catholic bishops around the world who support those standards to welcome LGBTQ people into the Church.

“Being homosexual is not a crime”, Francis told the AP, though he did refer to homosexuality as a “sin.” He also explained that bishops in particular must go through a process of change to recognize the dignity of all.

“The bishop also has a conversion process,” he said, adding that they should show “tenderness, please, tenderness, as God has with each one of us.”

Homosexuality is a sin, not a crime, Francis said

Data from The Human Dignity Trust says that 67 countries around the world still criminalize consensual sexual relations between people of the same sex and 11 of them even apply the death penalty.

Read:  How much does it cost you to change jobs?

Regarding those laws, Francis said they are “unjust” and that the Catholic Church can and should work to end them. “They have to,” he told the AP.

“We are all children of God and God loves us as we are and with the strength that each one of us fights for our dignity”, Francis said from the Vatican hotel where he lives.

One of Francisco’s expressions that has generated controversy is the one referring to homosexuality as a sin.

“Being homosexual is not a crime,” he said. “It is not a crime, yes, but it is a sin. Well, first let’s distinguish sin from crime. But a lack of charity towards one’s neighbor is also a sin.” he expanded.

AP asked the 86-year-old pope about his health. “I’m fine. For the age that I am, I am normal. I can die tomorrow, but come on, he is controlled, ”he replied.

He said his diverticulosis is fine and that he has a small knee fracture from a fall that had healed without surgery.

He also said that it has not even occurred to him to introduce regulations in the Vatican to regulate future papal resignations, and that he will continue “as long as he can” as bishop of Rome.

The Vatican issues a medal for the five years of Pope Francis, but without his face on it

The Vatican confirms a meeting date between Francis and Trump, what topics are on the agenda?

If you can’t handle your fake, join him: Franciscus is born on Instagram