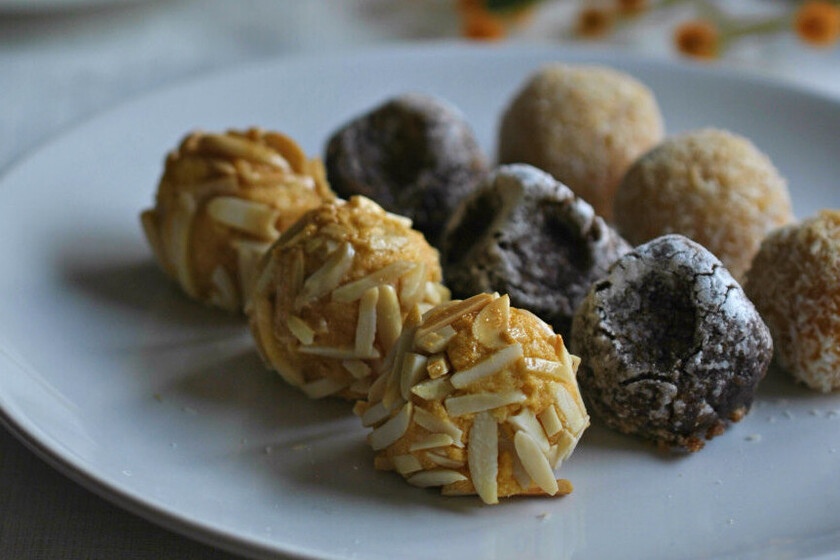 We prepare the base mass of the panellets that, as mentioned above, we are going to prepare three types: almond, coconut and cocoa. To do this, we peel the sweet potato, chop it and put it to boil in a saucepan. When it is tender, remove it from the water and drain it well before mashing it with a fork.

In a bowl we mix one of the eggs (we reserve the other for brushing) with the sugar and the ground almonds. Add the crushed sweet potato and mix well until obtain a homogeneous paste. To obtain a good result, we can work the dough on the countertop until everything is well mixed.

We cover the dough with plastic wrap and let it rest in the fridge for six hours. After this time, we separate the dough into three equal parts and to one of them we add a tablespoon of cocoa powder, to another a tablespoon of grated coconut and the third we leave it as it is.

We beat the egg that we have reserved and with the help of a kitchen brush we brush -only- each one of the almond panellets before placing them on a baking tray covered with parchment paper along with the other two types of panellets.

Read:  Movistar + removes five channels from its TV and adds a new one together with Vodafone and Orange 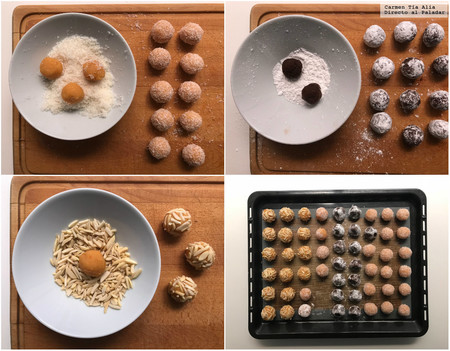 We place the tray in the central part of the oven and cook in a pre-heated oven at 180ºC for approximately 15 minutes or until the almond panellets begin to brown (taking care not to overdo it and that they get too toasted). Once ready we take them out of the oven and leave them cool completely before putting them in the fridge.

The panellets are eaten cold, it is convenient to leave them stand in a closed container for a day or two before consumption. They gain a lot in flavor and consistency from one day to the next, so it’s worth waiting to be able to savor them at their best.

what it is, how it is made and what recipes to use it

Almost half of the oregano we consume is adulterated with olive leaves, says a report from the European Commission

How to choose the sweetest kiwi in the supermarket (and how green, yellow and red are different)

What happens in the conflict between Russia, Ukraine and NATO?