Bullfrag
Home Technology Homemade Inventions for Beginners That Anyone Can Make Using a Raspberry Pi... 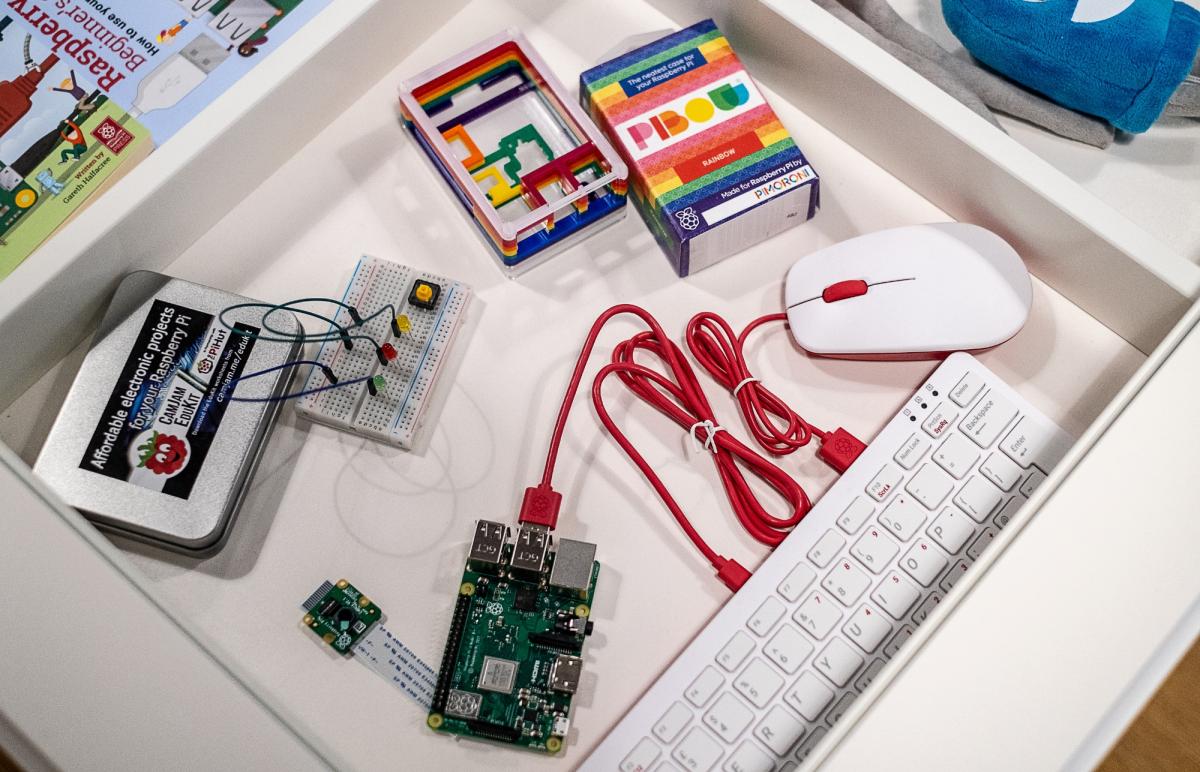 PC computers have just turned 40. Looking in perspective, in these four decades the greatest revolution since that first IBM PC, are Raspberry Pi micro PCs.

By just over 40 euros you can buy a mini PC the size of a credit card, fully functional, with which you can create millions of projects.

There are all kinds of them, from the simplest to others designed for scientists or advanced programmers. We want to dedicate this report to the beginner’s homemade inventions that anyone can make using a Raspberry Pi.

The Raspberry Pi is a popular miniPC with as many features as your imagination allows. We teach you what to look for when it comes to getting one and each aspect to take into account.

Although we technically have a conventional computer that can be connected to a keyboard and a monitor, the small size of the Raspberry Pi allows it to be put inside all kinds of boxes, cases, objects and gadgets, to create fun gadgets.

Let’s take a look at some of the simplest to implement.

Projects for newbies with Raspberry Pi

Want turn any screen into a Smart TV to watch Netflix and the like, or use Android apps?

The only thing you need is a Raspberry Pi 3 or 4 and download the system LineageOS 18.1 Android TV. You install it on a micro SD card using the application Etcher so that it is self-booting (it will start when the Rapsberry Pi is turned on).

Note that Android TV version for Raspberry Pi is in beta, so some things don’t work.

You have a more detailed explanation of how to install and configure Android TV on Raspberry Pi in this article of MakeUseOf.

New Rapsberry Pi 4 Model B with Broadcom 4-core 1.5 GHz processor and two micro HDMI ports. Play 4K videos at 60fps on two monitors. With dual band WiFi, Bluetooth 5.0 and USB Type C. It is sold with 1, 2 or 4 GB of RAM.

If you really want to learn program a Raspberry Pi, one of the simplest and most practical projects is program an LED light.

In this video you can see the whole process, explained step by step, with subtitles in Spanish if you ask YouTube to translate them:

It’s perfect because it has a bit of everything: basic electronic (connect an LED light to a resistor), the Rapsberry Pi to a breadboard or Breadboard, and create a very easy Python program.

You will learn all the basics in one project.

If you have a small monitor or want to play on a large TV without having to move your PC, you can turn a Raspberry Pi into a Steam Link.

It is a device that send the image of the game you are playing to any screen, via WiFi.

Valve has created an official software for the Rapsberry Pi, so all you have to do is install it on the mini PC.

In this tutorial that we did a long time ago we explain how to do the installation and configuration step by step.

If you have an old printer without WiFi, the cable ties a lot, because you have to put it near the PC, and it takes up a lot of space. Also, you cannot send content from your mobile.

With a Rapsberry Pi you can send documents from your PC or mobile phone to the printer, wirelessly. You only have to install a couple of programs, Samba and CUPS.

The most laborious thing is the configuration, because you have to do that the Raspberry Pi recognizes the printer, and assigns it an IP address. And then make that IP address visible on the WiFi network, so that the PC or mobile can find it, and can send content to print.

READ:  The Xiaomi Mi Pad 5 would be able to adapt the format of Android applications

Here is a tutorial where they explain it step by step.

We show you the best cheap printers you can buy in 2019, a series of models that combine quality and good price. They are devices that, although they seem from the past, still have a place in many homes.

You can use the Raspberry Pi to turn it into a private multiplayer game server.

It will take care of managing the games you play with your friends, without the need to use a separate PC.

The only condition is that the Rasperry Pi is connected to the Internet by Ethernet cable, because that way you can keep the connection stable.

Minecraft, Quake, Doom, Terraria or Civilization, are some of the games that you can control with the Pi. On this link you can download the server software for each game.

Control a security camera with a motion sensor

Do you have an old webcam that you don’t use? You can also use a camera for Raspberry Pi, that they are barely worth 26 euros.

You only need to install some applications, like Emacs and a VNC server, so that the camera detects movement, and when it does, record what it sees.

Here you have a Step by Step to carry out.

A NAS is a local server that can be used to save files, and distribute them to anyone who connects. In short, a private cloud just for you.

You can create a NAS with a Raspberry Pi and one or two SSDs, and use it to listen to music or watch your videos from any PC or mobile.

It can also be used to store your photos and video, backup copies, etc.

This guide that we have prepared with features, comparisons and best options by price range will help you choose the best SSD (both internal and external) for your device.

All you need is a Raspberry Pi, a storage unit (hard drives work too), and the software to control the NAS.

There is an excellent step by step in Spanish on the web Virtual machines.

Do you want to revive the first generation of video games? You just have to get hold of a remote and two buttons, a plastic case, some cables to connect these controls to the Pi, and you have your own retro console that you can enjoy on any screen.

Here you have the tutorial to connect the buttons.

If you have an unused screen in your storage room, from an old monitor to a tablet (much better), you can turn it into a digital frame to show you photos, messages, or what you want.

You can also use the official Raspberry Pi touchscreen, 7-inch, which it costs about 70 euros.

It is a very simple process: you install an operating system, such as Raspbian, and a photo viewer of the many there are, such as PicFrame.

You connect the Raspberry to the screen via HDMI … and voila! You just have to put photos in the micro SD card so that the viewer shows them on the screen.

Here you can see a Step by Step.

This project turns a Raspberry Pi Zero into a digital library to which everyone (if they have permission) can connect to download books on their device.

Just have to install Apache to create an Access Point, and create a special web page from where the books can be viewed and downloaded.

Here you have the tutorial.

We have seen 10 beginner projects to try with the Raspberry Pi. Dare to put them into practice! And if they seem few, here we leave you several kits to convert your Raspberry Pi on a console or computer.