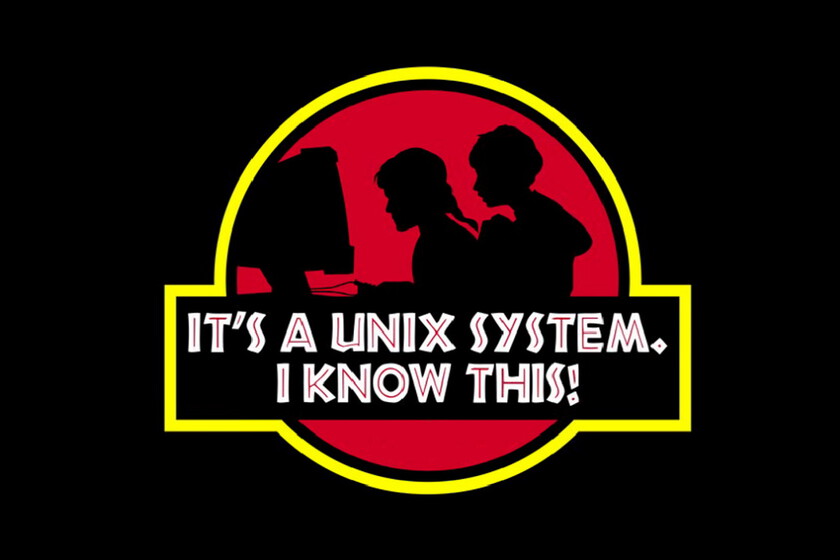 Does it also happen to you that, when you are watching a series or movie —especially if it is an action one— you cross your fingers when talking about computer-related topics wishing they didn’t say any nonsense too big?

I am that I am one of those who start yelling at the screen when I find a monumental error in this field. I mean, too often, unfortunately. So my original idea was to offer an exhaustive ranking of the best scenes of this class…

…however, due to lack of space, I have opted for collect only some of the most representative. Inside videos:

Index hide
1 How should cyber attacks be (‘Matrix Reloaded’) and how not (‘Castle’)
2 Everyone talking about backward compatibility… when the key was alien compatibility (‘Independence Day’)
3 Monitoring the patient with Google Images (‘Dark Net’)
4 Four hands unhack better than two… or not (‘NCIS’)
5 Stop telnets, and steal those cookies (Baywatch 2017)
6 It’s already wanting to mess with you, nice (CSI New York)
7 Honorable Mention: “It’s a Unix system, I know it!” (Jurassic Park)
8 “Study a FP, like me, and learn to… well, you study and you’ll see” (Spanish ad)

How should cyber attacks be (‘Matrix Reloaded’) and how not (‘Castle’)

Despite of damage done by the ‘digital rain’ in phosphor green from the Matrix At the time of fixing the cinematographic image of ‘hacker things’, the second film of the now tetralogy included one of the most technically solvent hacking scenes on the big screen, resorting to the (correct) use of the nmap tool:

At the other extreme, we have this scene from the series ‘Castle’, which compiles the majority of clichés, especially aesthetic ones, about what a hack looks like. We better go beyond describing it and see it for yourself:

In the computer world, there are all kinds of incompatibilities between the different software and hardware platforms: to run software from one system on another you have to port and recompile or, in other cases, just emulate. And what about getting wireless ports or connections based on different technologies to communicate? Crazy, wow.

For this reason, many computer science ‘geeks’ raised their eyebrows when, at the height of ‘Independence Day’, Jeff Goldblum’s character uploaded a virus directly from his 1995 Mac PowerBook to the unprotected computer system of the alien mothership, through some kind of unknown Wi-Fi connection, and thus allowed the military triumph of Humanity.

Years later, writer/producer Dean Devlin explained in a Reddit Q&A how this was possible:

“As any beginning programmer can tell you, binary code is a series of ones and zeroes. What Goldblum’s character did was turn the ones into zeroes and the zeroes into ones, effectively reversing the submitted code.”

Well, all explained. Doesn’t that make all the sense in the world now?

However, not by entering the documentary genre this series has been spared from contributing a moment worthy of this article. Look at the following screenshot:

The narrator states that “the team is monitoring their physiological responses” while a scientist visualize graphs of brain activity… in a still image within Google Images. And, considering what appears in the lower right corner of the screen, we prefer not to know what ‘physiological response’ you are talking about.

Four hands unhack better than two… or not (‘NCIS’)

‘NCIS’ and its spin-off ‘NCIS: Los Angeles’ probably hold the record for using the Hotshot of the IT ‘nerd’ who suffers verbose attacks of technical jargon every time someone asks him (or not) what he’s doing on the computer, and someone ‘normal’ has to interrupt him to cut him down (and teach him social skills, by the way) by asking him to say it ‘in English’.

However, his best-worst hacking scene has nothing to do with it. In it, Abby Sciuto, the resident hacker/lab tech/goth, announces that someone is trying to hack the NCIS network (where ‘hacking’ means randomly displaying hundreds of pop-ups) and resorts to the best known countermeasure in these cases: hit the keyboard long and hard, theoretically by entering some kind of commands.

Seeing how unsuccessful his efforts are, the timid agent Tim McGee —who, let’s remember, has a degree in ‘computer forensics’ from MIT— offers his help, consisting of joining in the pounding… of the same keyboard, to type more commands. quickly between the two. I am very much afraid that some scriptwriter misunderstood that of “multiuser and multitasking” operating systems.

Luckily, in the face of such a disastrous cybersecurity strategy, their boss, Leroy “I don’t like computers” Jethro Gibbs arrives to save the network from hacking… unplugging the computer. wtf.

This scene is great because it’s a parody of the rest of the scenes you’ll see here, and his attitude of “Throw words out of the blue and you’ll come off as serious.” It is taken from the ‘reboot’ of the Baywatch and below I translate —from memory— part of the dialogue:

“Well, we take a USB drive and plug it in and, well, you know, we go into their cloud and we steal all their cookies and then we bypass their firewall.

Interestingly, a few moments earlier the second character is seen using a real networking tool, ‘telnet’. Why, indeed, in this movie the one who spouts nonsense is the one who doesn’t know about computers, as it should be.

The CSI franchise has also contributed grotesque moments to this subgenre that concerns us today. In fact, one of the most forgettable was precisely the pilot episode of the very forgettable ‘CSI: Cyber’, in which a superhacker was caught thanks to the fact that he had the passwords literally on him: tattooed.

But before that they perpetrated a much worse scene for their New York spin-off, one in which one of the researchers picks up with the following sentence:

“I’ll create a GUI interface using Visual Basic, see if I can trace an IP address.”

It’s not that anymore ‘GUI interface’ is redundant (‘GUI’ means graphical user interface), nor that no one cares if you’re going to use Visual Basic or Borland Delphi… is that, hell, if you know how to program interfaces in a jiffy, surely you also know how to use some console tool (or web, wow) to track the IP address.

Interestingly, the origin of the first memes about ridiculous hacking scenes (so much so that it gives its name to the subreddit dedicated to this topic) it’s actually quite realistic, within what is possible.

We are talking about this scene from Jurassic Park in which Lex Murphy, the granddaughter of the park’s founder, tries to hack part of the park’s systems and she is shown resorting to a strange multicolored 3D interface which bears little resemblance to the typical ‘hacker terminal’.

But… the criticism of this scene is quite unfair: poor Lex, at that moment, she was only looking for a specific file, and for that she resorted to a real file explorer tool, fsn (from ‘File System Navigator’), which allowed traversing the directory tree of the IRIX operating system (effectively a type of Unix system). Years later, the scene served as the inspiration for a curious cross-platform game.

“Study a FP, like me, and learn to… well, you study and you’ll see” (Spanish ad)

We leave the best for last. This video does not correspond to any series or Hollywood movie, but to a Spanish institutional announcement (with its relevant logos of the Ministry of Education and the European Union), and tries to convince you to enroll in the Web Application Development FP cycle by showing you… that in class it is also taught how to program in Visual Mordor++ language (either that, or the actor just bangs on the keyboard with no rhyme or reason):