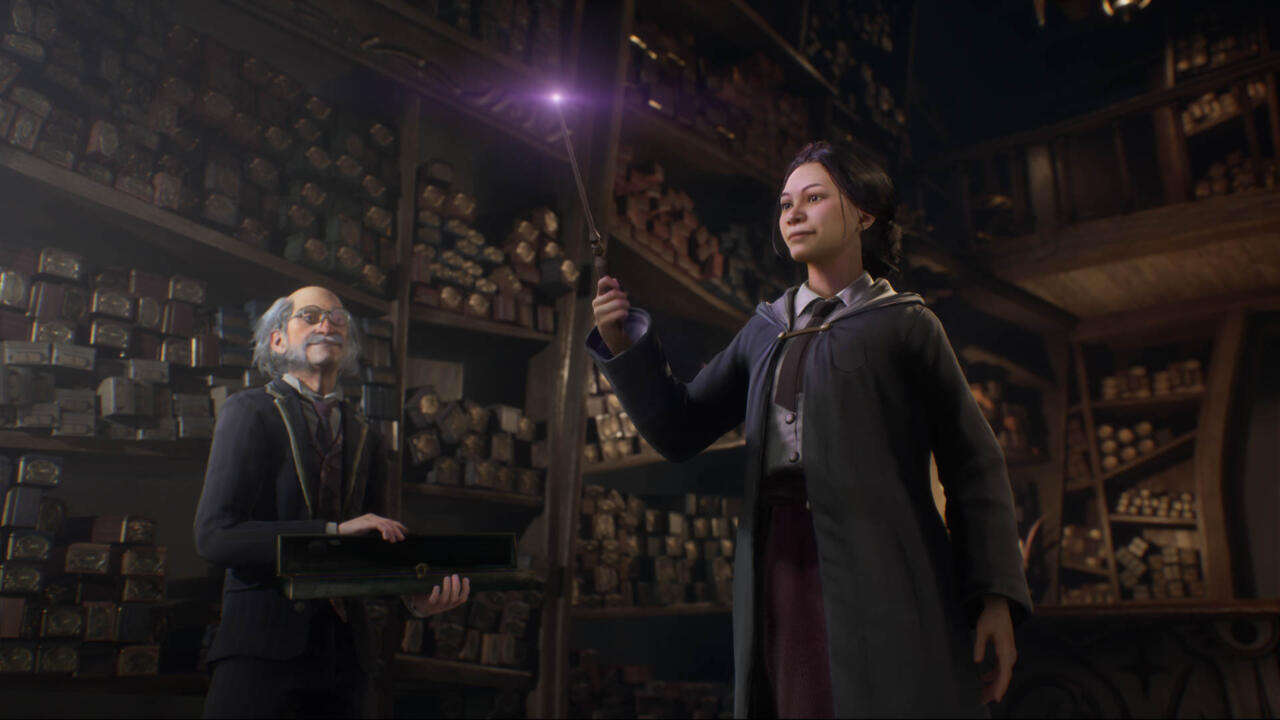 Index hide
1 It was confirmed that Hogwarts Legacy will take advantage of DualSense joystick technology in its PlayStation 5 version. We tell you all the info in this note!
2 Share it with whoever you want
3 Related Posts

It was confirmed that Hogwarts Legacy will take advantage of DualSense joystick technology in its PlayStation 5 version. We tell you all the info in this note!

One of the most anticipated games by fans of Harry Potter it is Hogwarts Legacy, a video game that added the new generation consoles to its launch platforms when it seemed that it was only going to be launched on the previous generation. After a presentation of gameplay, PlayStation confirmed that the version for Playstation 5 of Hogwarts Legacy will take advantage of technology DualSense joystick.

In the statement published on the blog of PlayStation, Avalanche Studiosstudio in charge of the video game, confirmed that Hogwarts Legacy in PS5 will try to get the most out of it Dual Sense. The study confirmed that one of the elements of control that will be used are the adaptive triggers. In the words of Avalanche Studios, “You’ll feel magic resistance at your fingertips through every spell, whether you’re casting a basic spell or mustering the strength needed for a powerful one.”

Another element that will take advantage of the Dual Sense is his haptic feedback. According to the study, every time we cast a spell or use our wand, we will only feel the movements on the right side of the control. This is because the study “specifically isolated all effects on the right side of the control so that the Dual Sense become an extension of the wand that is sustained in the game”.

Read:  Fortnite announces that PlayStation joins the shared V-Bucks wallet system, although there is a platform that resists

But this is not all. avalanche confirmed that the Dual Sense it is “The connection with magic in PS5“and that Hogwarts Legacy goes beyond these functions. When we crush an ingredient or listen to the screech of a mandrake, for example, we will feel the effects in the Dual Sense. Finally, to add a bit of detail, the joystick it will have the color of our house when we are not using the wand. The colors they will be blue and bronze for Ravenclaw, scarlet and gold for Gryffindor, green and silver for Slytherin, Y yellow and black for Hufflepuff.

As for how the game looks, there was also talk about what we can expect from the game’s graphics. Hogwarts Legacy It will allow us to choose what kind of experience we want to live, and it offers us several options for performance and fidelity. These allow you to prioritize a higher frame rate or visual fidelity. In addition, the game will take advantage of audio technology Storm 3D of PS5 and will allow the players “listen to the crackle of the fire as we use Fireor listen to the potions bubbling in cauldrons”.

Hogwarts Legacy will arrive by Christmas for PC, PS5, PS4, Xbox Series X|S, Xbox One and Nintendo Switch. At the moment, it is not well known what the main story is about. However, it seems that we will live the experience of Hogwarts at 100% that we always wanted since we were kids. And with PS5 it seems that the experience will become even more real.

how future generations are already adapting to living without physical money