Historic victory of Spain against Algeria in wheelchair basketball 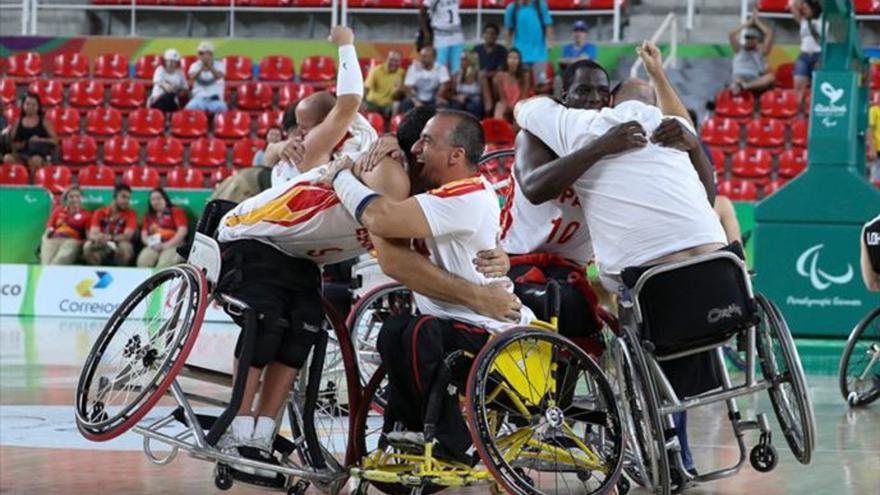 The Spanish women’s wheelchair basketball team beat Algeria (8-80) and achieved a historic victory by being the first of the national team in a Paralympic Games.

Spain debuted in a Paralympic Games in Barcelona’92, invited as host, and lost all five of their matches against Canada, Australia, Germany, Japan and France, finishing in eighth position. 29 Years later, the team led by Abraham Carrión is at the Tokyo Paralympic Games by qualifying for the European Championship held in Rotterdam (Netherlands) in 2019. The victory against Algeria, the first in the Games, came after the defeats against the United States. United, current Paralympic champions, and China, with which they are in Group B.

The match did not have much history because the difference in level between the two teams was noticeable from the beginning and the Spanish players did not give margin to surprise from the beginning, in which they dominated the scoreboard, enjoying a 43-point advantage at halftime. .

Spain’s next game, the last of the group stage, will be against the Netherlands on Sunday at 9:00 (2:00 Spanish time). Of the five teams in the group, the first four qualify for fourths.

For their part, the boys conquered their fourth consecutive win against Turkey and remain leaders of Group A with the guaranteed access to rooms final. The match was dominated by Spain from the beginning, reaching the end of the first quarter with a six-point lead that was extended to ten at halftime. In the third the forces were equalized but in the last, with little to decide, Spain devoted itself to holding the result to avoid difficulties imposing a strong defense that stopped the attacks of the Turks.

Read:  what you should know about the prequel The Sopranos

Oscar Trigo only used seven players for this game and five were left without playing any minute. The most successful was Jordi Ruiz, with 20 points, while in Turkey the most decisive was Ozgur Gurbulak with 26.