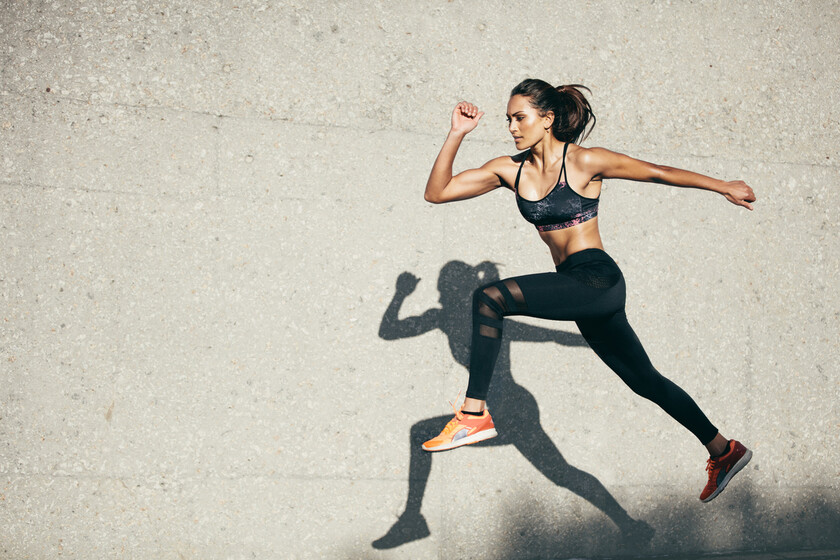 High-intensity training has been installed in sports centers thanks to corporations such as CrossFit, which have gained exponentially in recent years. The benefits of this sports practice go beyond the physical, and our brain can also benefit. In this article we are going to present the effects of high intensity training on our brain and cognitive functions.

Index hide
1 The vital brain factor associated with high-intensity training is…
2 How can we raise BDNF levels and improve our brain?
2.1 At what intensity should we train to obtain greater improvements in the brain?
2.2 The improvement is multifactorial
3 Main high intensity interval training exercises that will benefit our brain
3.1 Race in the open air or on a self-propelled machine
3.2 Spinning bike: one of the best options
3.3 Rowing machine: famous thanks to CrossFit
3.4 Swimming for the brain
3.5 Olympic lifts in their variants
3.6 Burpees: love-hate relationship

The vital brain factor associated with high-intensity training is…

Brain-derived neurotrophic factor (BDNF) is a protein that is associated with cognition, brain modulation (neuroplasticity), the formation of new blood vessels (angiogenesis) and the better connection between brain neurons.

Its role is vital in delaying the onset of neurodegenerative diseases such as Alzheimer’s or Parkinson’s. This is because the levels of BDNF (this is what we will call brain-derived neurotrophic factor throughout the article) influence changes in the structure and functions of the brain. Higher levels of BDNF are associated with better cognitive performance, attention, and memory.

On the contrary, low levels of BDNF usually appear in patients with dementia, cognitive impairment, Alzheimer’s and other mental disorders such as depression.

How can we raise BDNF levels and improve our brain?

Physical exercise induces higher levels of BDNF, which in turn are associated with the aforementioned improvements: cognitive tasks and executive functions such as memory or attention. Exercise intensity is the main variable on which higher or lower levels of BDNF will depend.

At what intensity should we train to obtain greater improvements in the brain?

High-intensity interval training (HIIT) has been identified as the type of physical exercise that most favors the release of BDNF. Scientific evidence shows how these levels of BDNF are increased with high intensity training with respect to others of moderate or low intensity.

These levels occur acutely, that is, after training. That is why we can benefit from this elevation of BDNF in situations of cognitive demandsuch as an exam or some kind of important meeting where we need mental agility.

This acute effect of high-intensity training has been investigated on numerous occasions, observing that this cognitive improvement after training. Once the scientific basis is already confirmed, what is currently sought is to find out how much intensity and for how long is optimal to obtain the greatest improvements.

The improvement is multifactorial

It is extremely complex to know at a general level the intensity and duration of the training session, since each person has a totally different physical level and demands to the rest of the people. In addition, there are many variables that can affect the improvement of the brain thanks to physical exercise. One of them is the time that elapses from when we finish the training until we face the cognitive task.

Imagine that you do ten minutes of high-intensity work and then you sit down at a table to memorize some cards from the Spanish deck. Surely your results in that test will be worse than those of another person who has not done the training and is calm.

If 30 minutes elapse and the pulsations and breathing have already returned to normal, then the tables would turn. What is becoming increasingly clear is that the brain can see its functions improved both immediately and in the long term thanks to physical exercise.

High-intensity interval training (HIIT) involves performing alternate cycles of movement and rest. An example could be performing an exercise for 15 seconds and resting for 45 seconds, repeating it several times.

The best exercises for a HIIT session are those of the cyclical type: running, cycling, rowing, swimming, etc. However, other basic strength movements that have a high cardiovascular demand can be introduced: Olympic movements, jumps, etc.

Race in the open air or on a self-propelled machine

When was the last time you sprinted? It’s one of the more complex and demanding exercises that we can do without material and in any place. We can further increase demand if we do it uphill.

With the growth in the use of high intensity, many sports centers have self-propelled treadmills. Thus it is we who will mark the speed with our strides, without having to adjust buttons. Although really sprinting outdoors may be the best option.

Spinning bike: one of the best options

Spin bikes are often more affordable than other cardio machines and They are perfectly suited for high-intensity work. Set the work and rest time you are going to perform, adjust the resistance and enjoy the training. Your brain will benefit from it.

Rowing machine: famous thanks to CrossFit

The rowing cardio machine has always been the one in the corner of the fitness center that was barely used. With the appearance of cross training it became fashionable and continues to trend due to its ease of use and the intensity that allows us execute.

Swimming for the brain

Swimming is another of the cyclical activities that we must take into account as a basis for high-intensity work. It is more complex than the previous ones since it is good execution required and when done in the pool, it requires vigilance by lifeguards or other people.

Like the race, we can program a high-intensity training by doing, for example one length at maximum intensity, and two recovery lengths.

Olympic lifts in their variants

The biggest advantage of the Olympic lifts is that they involve almost the entire body musculature. The biggest drawback is that they are technically very complex and it is not recommended to do them with fatigue. If you are an athlete with knowledge of snatches and cleans, introduce them into your sessions. The brain will release large concentrations of BNDF thanks to this type of work.

we can make them with a barbell or with other free weights such as dumbbells or kettlebells. By mixing all the variants we have exercises like one arm dumbbell snatch, or dumbbell clean, which will be highly demanding.

Burpees are one of those high-intensity exercises that nobody wants to see on the board. We can carry out this movement without material anywhere helping our brain to improve its functions, both short and long term.

Sonic Origins: One of the game’s developers commented that he is “very unhappy” with the final result and blamed Sega