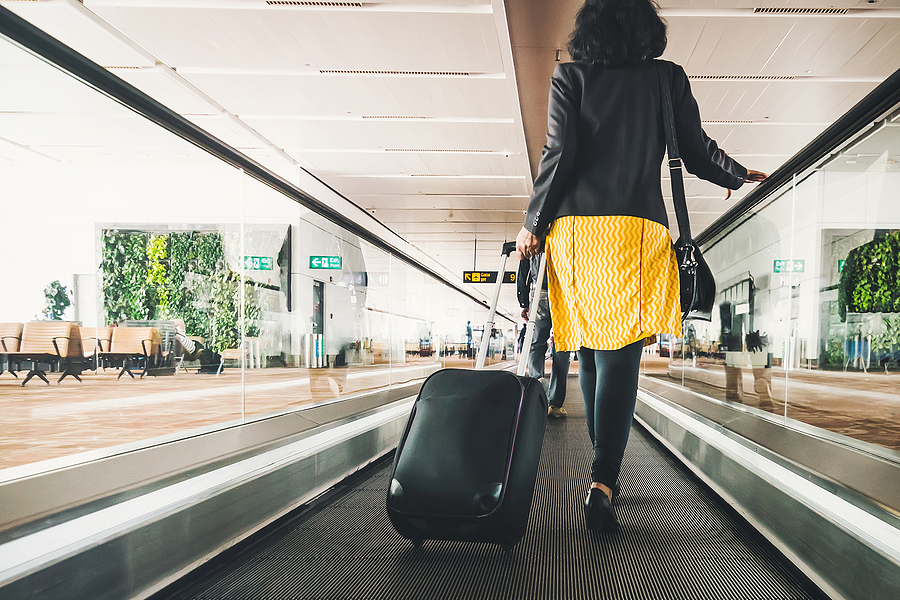 If you’re still planning on taking a holiday vacation or a trip back home to see your family, move with speed and get ready for high travel costs. According to airline executives, there will be increased demand for flights throughout Thanksgiving, Christmas, and New Year based on reservations made. Travel experts have also pointed out that the best hotel and flight prices have already sold out.

Many vacationers believe they are being taken advantage of on social media. And it makes sense given that government statistics indicate that airfares rose 43% from a year ago in October. In the third quarter, American airlines recorded a more than $2.4 billion profit.

Reasons behind the high travel costs this holiday

1. High travel costs due to the increased number of travelers

The number of passengers is almost back to pre-pandemic levels. However, airlines are still running fewer flights than in 2019. That’s one contributing factor to the high prices.

According to Holly Berg, the chief economist for travel-data service Hopper, fewer flights and more people eager to fly home means prices will be higher, and flights will sell out for both holidays.

Typically, accommodation and air travel costs increase in anticipation of the holidays, and this year was no exception. According to Axel Hefer, CEO of German hotel search website Trivago, some European travelers are booking shorter trips.

He said, “Hotel rates are soaring everywhere.” “You just cut off a day if you wish to travel but have the same budget or even a lesser budget due to inflation.”

2. The number of flights remains low, causing an increase in demand for flights

Airlines haven’t always handled large crowds well, despite hiring staff to fill the gaps left by those who left after the COVID-19 hit. This summer, flight cancellation, and delay rates rose above pre-pandemic levels, leading airlines to postpone plans to increase the number of flights.

According to travel data company Cirium, American airlines only planned and executed 84% as many domestic flights in December as they did in October 2019. This year, airlines are generally flying larger aircraft with more seats, partially offsetting the decrease in flight hours.

3. Labor shortages in hotels have contributed to the high travel costs this holiday

Another factor driving up costs in hotels is labor scarcity. The CEO of Booking Holdings, Glenn Fogel, claims a hotelier told him he couldn’t fill all of his rooms because he doesn’t have enough employees. Booking Holdings controls travel search websites like Priceline and Kayak.

Read:  Victoria Beckham parades in Paris to prevent her brand from going bankrupt

The cost of renting a car isn’t as outrageous as it was for much of 2021 when several popular sites ran out of cars. But the price of new vehicles has kept rental firms from fully rebuilding fleets they had to reduce early in the pandemic. There are, therefore, still a limited number of cars available, leading to the high travel costs this holiday.

Of course, the majority of vacationers choose to drive instead of flying. According to AAA, 49 million people will drive during the holidays compared to 4.5 million who will fly. And for those drivers, the cost of gas is a much bigger problem than travel expenses.

The good news is that a gallon of standard gasoline costs far less than the $5.02 record set in June. According to AAA, the average was $4.67 on Sunday, a 27% decrease. And costs are still dropping; just in the past week, the average gallon price has decreased by 11 cents.

However, costs have increased by 8% since this time last year.

Expert tips on how to avoid high travel costs this holiday

Travel experts have been offering suggestions on saving money and preventing delays due to canceled trips, including:

Consumers in the United States are experiencing the highest inflation in 40 years, and worries about a potential recession are mounting. But the travel figures are not reflective of that. Officials from the tourism sector predict that Christmas travel may surpass pre-pandemic levels.

Pete Buttigieg, the transportation secretary, and airline executives each laid the responsibility for the summer’s widespread flight issues at the other’s feet. According to airline CEOs, they have added more pilots and other employees and are ready for the holiday traffic.

Brett Snyder, who owns a travel agency and blogs about flying under the name “Cranky Flier,” claims that costs are high simply because there are fewer flights now than there were in 2019 despite increasing demand.