Hernán Asto, the Peruvian awarded by the History Channel for generating light with plants 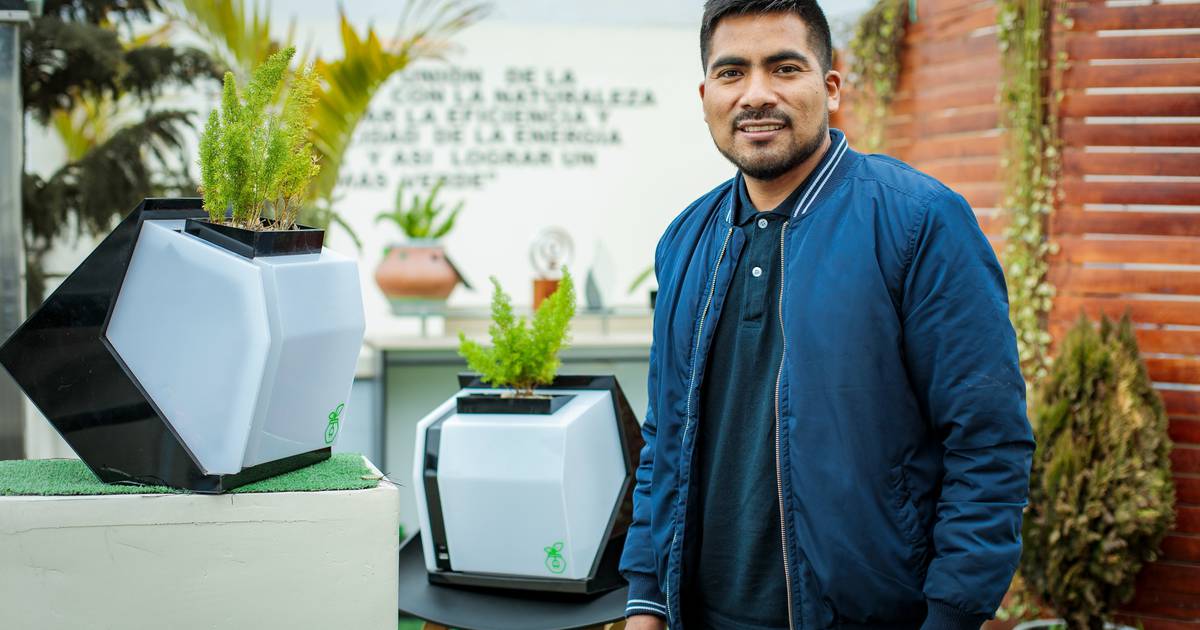 Hernan Asto He was a child in the impoverished area of ​​Ayacucho, in Peru, when his town suffered serious electricity problems. He had to use candles to light their houses so he could study. Years later, he would become a civil engineer, creating a biocharger that generates light and charges smartphones using plants.

History Channel He awarded his project in 2018, reaching second place in the contest An idea to change history. He received 40 thousand dollars for his company Alinti, producer of the biocharger pots.

In an interview with TVPE Noticias, Asto told how he came to the invention that catapulted him into Latin America.

“It was sad (being in the dark). It was a custom, it came at 6:00 in the afternoon and we had to light ourselves with candles and buckets of kerosene. A room even caught fire for this reason. Knowing that there are currently more than 3 million people in the same situation in Peru is very sad, very tragic.” Asto pointed out.

“Since I was little I had that curiosity to do things, investigate. When I was 11 years old, I saw how my sister burned her hand while cooking with firewood. Because of that, I invented a pot remover, which was adapted to the size of any pot. It was a solution.”

This is how Hernán Asto created his biocharger with Alinti plants

Analyzing the process of photosynthesis of plants, by which water and carbon dioxide when combined form carbohydrates and oxygen is released, Asto had the idea of ​​using plants to charge batteries.

Read:  Fed FOMC Comments and Bitcoin “Bear Channel” Could Start a Decline to $28,000

“Thanks to studies on plants, I learned that through photosynthesis they release organic substances and these, in contact with microorganisms in the sky, release electrons,” said the Peruvian inventor.

“By doing photosynthesis, they produce electrons. As a nanotechnology has been created that is inside, as the plant develops, the electrons are captured and stored in a battery. It’s enough to light a light bulb for an entire night.”

Currently, the company is in the search phase for more shareholders, to increase the production of biochargers, each reaching up to 15 amps. The goal is that “technology is low cost, remains sustainable and accessible to all, thus generating a great social impact.”