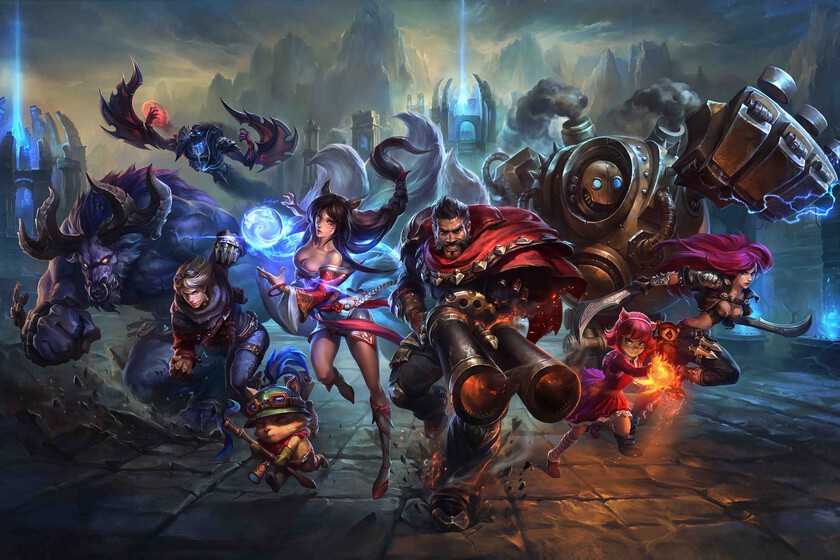 Throughout the last few weeks, League of Legends players have been testing some changes that were going to occur in the game on the occasion of Season 2022. Well, the wait has come to an end, because from today any user of the popular MOBA can begin to enjoy the news that has been prepared for this year.

All this has led Riot Games to carry out a live broadcast in which it has revealed everything we can expect for the next few months, although the first thing it has left us with has been with simply mind-blowing cinematic. The truth is that there is talk that Blizzard is the best in this regard, but Riot does not fall short at all.

Entering work now, the company has recalled that for this new season all the changes that were available during the preseason will be established. This implies the addition of new objects, adjustments in some runes, an improvement in the reward system for objectives and also the appearance of the two new dragons on the battlefield: Hextech and Technochemistry.

Along with this, one of the biggest novelties is identity customization, so that users can express a greater personality with their emblems. Thus, it will be possible to choose the border between all the unlocked ones and participate in challenges that will show the progress that is achieved in each one of them.

These challenges will be divided into five different categories: seniority, expertise, teamwork, collection and imagination. Each one will propose a series of objectives, so that the performance that is obtained in each of them will make them level up and even titles can be unlocked by achieving certain milestones, although for all this it will be implemented throughout the next weeks.

Event Battle Passes will receive a major change so that rewards are easier to get. While you will still be able to get symbols to exchange for items, the progress of the pass will be more satisfactory when going through levels, as it is done in so many other games.

Read:  Freya Allan shows just how much Henry Cavill is an unconditional fan of The Witcher

In addition, there is also intention to introduce a new currency, such as mystical essences. These will be responsible for replacing the current purple gems and prestige points to exchange them for new mythical seasonal aspects and prestige aspects, among which there will be some new and other old ones, which will mean the return of those that were published in years above in case anyone missed them.

Changing third, Ahri will be the next champion to have her appearance and animations updated, as happened recently with Caitlyn. In turn, there is quite a few new skins that are in preparation for characters who have not received a new one for years, as well as themes such as Guardians of the Stars and Bees and other previously unreleased groups will be brought back.

This does not mean that we will not see new faces. Without going any further, this morning we told you about Zeri, an ADC from the lower lane with attacks based on electricity. However, by 2022 there are plans to launch other champions, such as a new dark and sinister sorceress, a new jungle and another champion for the bottom lane.

For the rest, the changes in Udyr are underway and from today players will be able to vote for choose the next character to be renewed between Shyvana, Kog’Maw, Nocturne, Tryndamere, and Rek’Sai. And if you want a greater incentive to play these days, From January 7 to 13, some missions will be carried out that will allow you to unlock the following rewards: