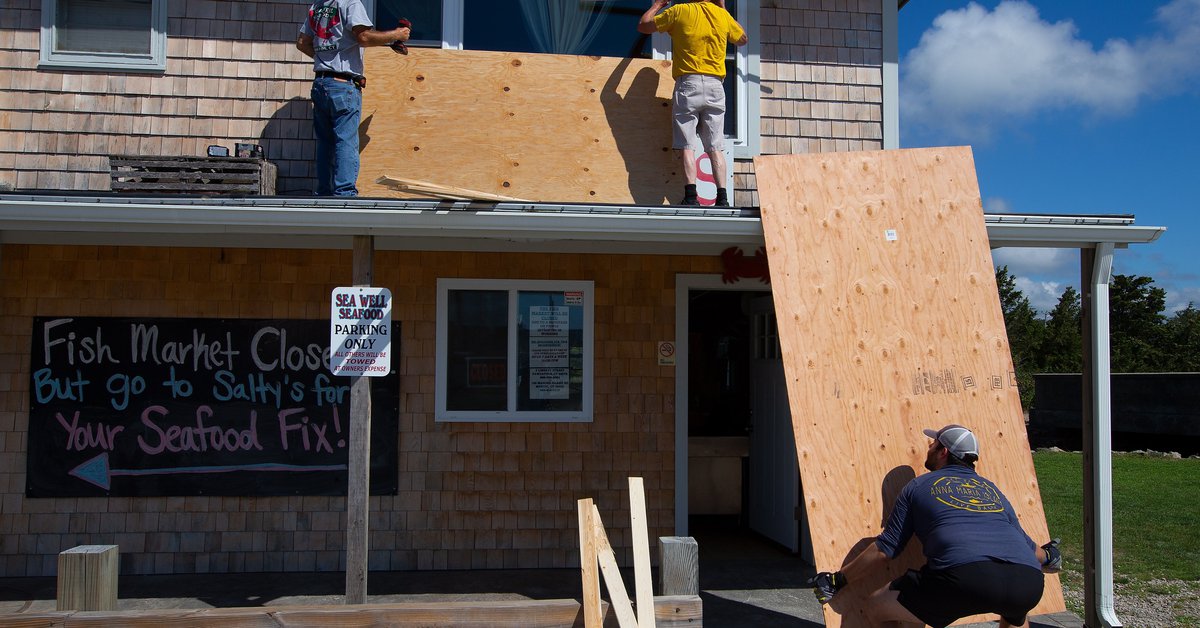 A group of people was registered this Saturday while protecting a home before the arrival of Tropical Storm Henri, in Westerly (Rhode Island, USA). EFE / CJ Gunther

Miami, Aug 22 (EFE) .- Henri, whose winds lost strength during the night and stopped being a hurricane, is now near the northwestern coast of the United States, where according to forecasts it will make landfall this Sunday preceded by wind, rain and storm surge.
At 0800 hours (12.00 GMT), the US National Hurricane Center (NHC) located the now tropical storm about 40 miles (65 km) from Montauk Point, off the coast of New York State, and about 75 miles (125 km) from Providence, Rhode Island.
With maximum sustained winds of 70 miles per hour (110 km / h), the storm is moving in a north-northwest direction at 16 miles per hour (26 km / h).
The NHC changed the hurricane warning for a coastal area between Long Island (New York) and Block Island (Massachusetts) to a tropical storm warning.
It is in that area, which also includes coastal areas of the states of Connecticut and Rhode Island, where Henri is expected to make landfall this Sunday.
Storm surge advisories are also in effect for a strip of the Long Island coastline and southern New England.
According to the NHC, Henri’s travel speed will slow down before he makes landfall.
After making landfall, it will turn north with weaker winds and an even slower speed as it passes through New England, an area where the last direct hit of a cyclone was more than 30 years ago.
Henri’s tropical storm winds extend up to 125 miles from the center.
Henri will produce a storm surge, with a risk of sea level rise of up to 5 feet (1.50 meters) at some points along the coast.
In addition to storm surge, which in combination with the tide can cause flooding in certain areas of the coastline, Henri will produce strong winds and heavy rains and a tornado in New England.

Read:  they say they exist, but few people have seen them