Bullfrag
Home Entertainment Hawkeye introduces a new heroine in the MCU … and it’s not... 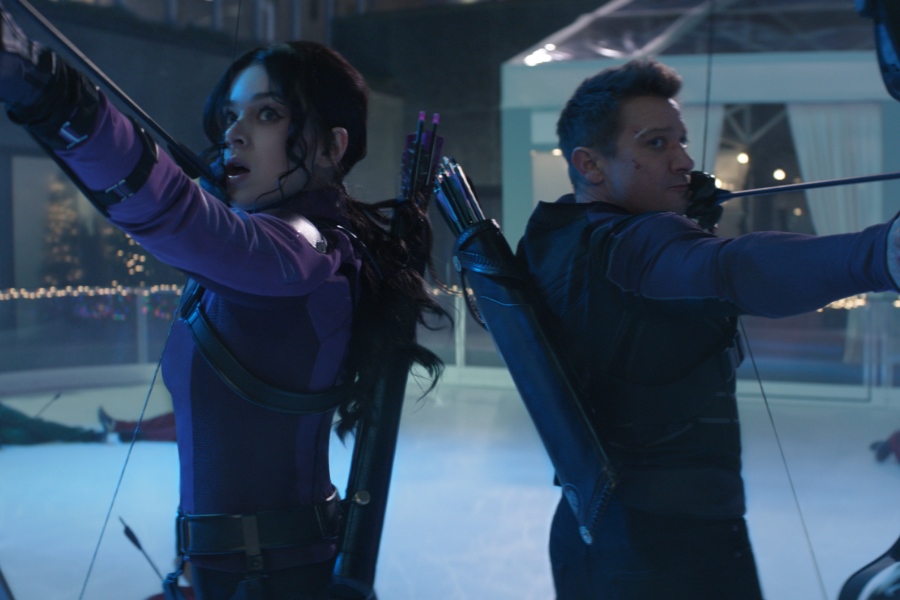 Facebook
Twitter
Pinterest
WhatsApp
Index hide
1 The second episode of Hawkeye brought us the debut of a heroine who will be important in the MCU’s plans on digital platforms
2 Meet Echo and the arrival of the Kingpin?
3 Hawkeye hits the mark in SMASH and Marvel Comics Mexico
4 It is also being read

Hawkeye’s plot follows Clin Barton, who decides to help Kate Bishop after the archer adopts the mantle of Ronin, the vigilante who killed off members of the mob in the midst of bloody revenge.

Towards the end of chapter two, Clint and Kate fall into the hands of the Tracksuit Dracula, a gang of mob members who inform the gang leader that the two vigilantes fell into their hands.

The way to communicate with this leader is by signs, which indicates the arrival of Maya López on the scene, who will become Echo.

Meet Echo and the arrival of the Kingpin?

In the comics, Echo debuted in the pages of Daredevil # 9 (December, 1999) Maya Lopez is a deaf Native American who acquires the ability to copy the movements and fighting style of another person, making her an opponent. formidable in battle.

Before becoming Echo, Maya Lopez was the bearer of Ronin, even before Clint Barton used this alias.

Maya was adopted by Wilson Fisk, better known as Kingpin, who groomed her to become an assassin in his service, fighting Daredevil, whom he considered a threat to Wilson Fisk, until she fell in love with Matt Murdock.

Read:  Season 3 trailer promises an epic ending for the Netflix series and there is already a release date

Alaqua Cox is the actress who will play Echo, both in the series Hawkeye and in his solo show, and will also be the interpreter of the heroine, in what is his first opportunity in television and film.

Clint Barton, has a seemingly simple mission: to reunite with his family at Christmas. Will it be possible? Perhaps with the help of Kate, a 22-year-old archer who dreams of becoming a Super Hero.

The two are forced to work together when a presence from Barton’s past threatens to derail much more than the holiday spirit.

The Hawkeye series will star Jeremy Renner as Clint Barton / Hawkeye and Hailee Steinfeld as Kate Bishop, while Florence Pugh will make a guest appearance as Yelena Belova. Pugh will make his MCU debut in the movie Black Widow.

The first episodes of the Hawkeye series is now available on the Disney + digital platform.

It may interest you: Hawkeye: Captain America’s musical theater play It was almost a reality!

Hawkeye hits the mark in SMASH and Marvel Comics Mexico

Clint Barton, a very experienced professional; Kate Bishop, a talented beginner. Two Hawkeyes hanging out, exchanging arrows, teaming up… It’s not what they think, they’re just friends, the only string that connects them is the bow.

Barton has enough problems with his ex-girlfriend, ex-wife, a “friend” and a redhead with his dream car; plus the army of gangsters in pants who wants the building they bought back and a dog who accumulates problems and has a nose for homicide and a great taste for pizza.

SMASH and Marvel Comics Mexico brings you Hawkeye Vol. 1, authored by Matt Fraction, in a special volume that you cannot miss.

Lessons from the first Hawkeye trailer