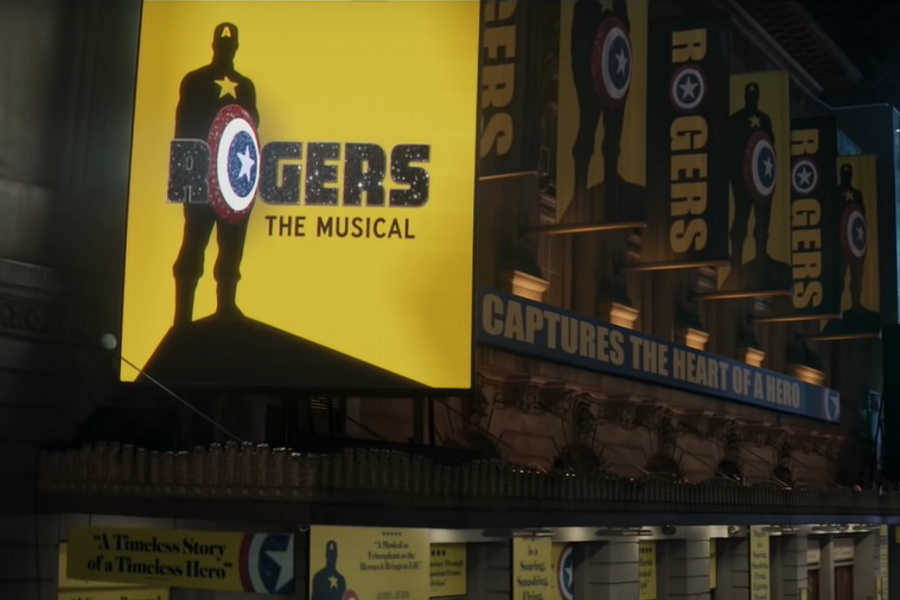 Facebook
Twitter
Pinterest
WhatsApp
Index hide
1 Discover the true story of the musical play starring Captain America that came close to being made in real life
2 Curtain up!
3 El Cap is not the only one to set foot on a Broadway stage
4 Clint Barton on stage!
5 The Winter Soldier arrives at SMASH and Marvel Comics Mexico
6 It is also being read

With the launch of the first trailer for the Hawkeye series, there was a detail that caught the attention of millions of fans of the Marvel Cinematic Universe on networks, and that is the “premiere” of Rogers: The Musical, a play dedicated to Captain America, something that in real life was nowhere near reality.

We recommend: The lessons that the first trailer of Hawkeye leaves us

Let’s travel back in time, to the year 1985, when Marvel published on the pages of its different titles a page where the call was announced to search for the co-star of the play that La Casa de las Ideas sought to mount.

“Cap will star in a Broadway play… and maybe you can star in it with him… If you’re a 10-14 year old girl who can sing, dance and act like a storm, you might be the person Cap is looking for! You need a ton of talent to play your very special friend in Captain America, a spectacular musical hitting Broadway next spring!“

On April 5, 1985, the New York Times reported that Marvel Comics would allocate four million dollars as a budget for the musical Captain America, which featured a story written by Mel Mandel and Norman Sachs.

This work sees John Rogers (not Steve Rogers) Captain America in a midlife crisis, until Sharon Phillips, his girlfriend and candidate for the presidency of the United States, is kidnapped by terrorists, and released in the Lincoln Memorial.

Jon Cullum would take the role of Captain America, in a play that was staged in some venues to raise funds to make it a reality on Broadway, but in 1989 the project was canceled after mogul Ronald Pearlman and his allies bought Marvel, reorganizing the company. to make it more efficient.

If you thought that Marvel characters would not make it to Broadway, you probably don’t know (or remember) the play Spider-Man: Turn off the Dark. Written by Julie Taymor Glen Berger and Roberto Aguirre-Sacasa, with music by Bono and The Edge, two of U2’s figures.

READ:  Alan Moore and Dave Gibbons, the duo who made Superman believe he had it all

This work was inspired by the 2002 Spider-Man movie, with a mixture of the Greek myth of Arachne. The play included acrobatics, and combat sequences that theatergoers would see all over the place.

Spider-Man: Turn Off the Dark raised the curtain on June 14, 2011, and established itself as the most expensive Broadway production ever, with a budget of $ 75 million, but the play wrapped up on January 4, 2014, given the lack of interest of the public for the functions, which little by little stopped selling tickets.

The Hawkeye series will star Jeremy Renner as Clint Barton / Hawkeye and Hailee Steinfeld as Kate Bishop, while Florence Pugh will make a guest appearance as Yelena Belova. Pugh will make his MCU debut in the movie Black Widow.

The Hawkeye series will arrive on Disney Plus on November 24, 2021.

Do not miss: Hawkeye already has a release date and first official image

The Winter Soldier arrives at SMASH and Marvel Comics Mexico

For more than 50 years, the Soviets employed an undercover agent. An unstoppable and undetectable assassin known as the Winter Soldier — to assassinate key political figures in the West.

What is your identity? Bucky Barnes! Who was Captain America’s partner, who was thought to have been killed in the last days of WWII.

Now, Winter Soldier is back. He works under the orders of the ruthless General Lukin – who obtained the Cosmic Cube, a weapon with unlimited power that can alter reality.

SMASH and Marvel Comics Mexico bring you Captain America: The Winter Soldier, the Complete Collection, a story by Ed Brubaker that you cannot miss