Bullfrag
Home Technology Automobiles Hamilton returns to the path of victory in front of his audience... 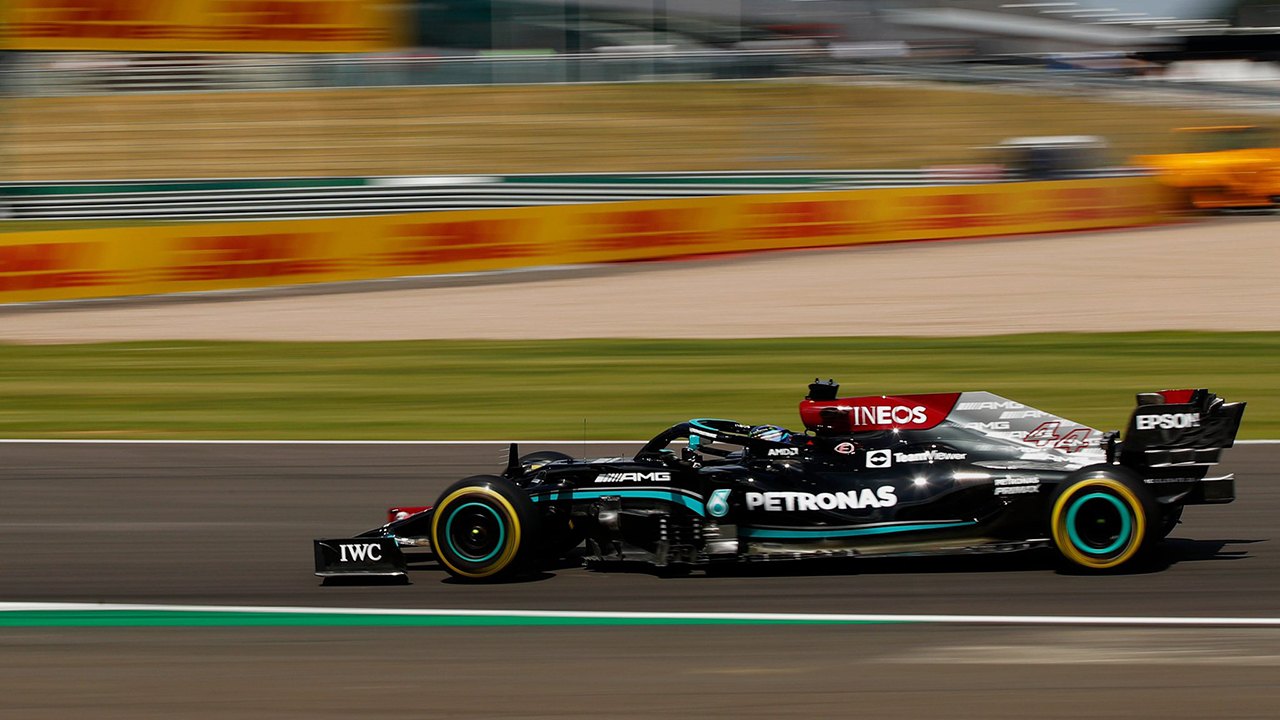 Facebook
Twitter
Pinterest
WhatsApp
Lewis hamilton He has won again, something that he had not felt since the Spanish GP, with a victory that will give much to talk about. The British prevailed Charles leclerc already Valtteri Bottas, but it was also the cause of a serious accident of his main rival for the title, Max verstappen, in the first round.

For the Spanish it was an optimal race: Carlos Sainz finished 6th and Fernando Alonso, 7th.

The first bars of the race were totally overshadowed by what happened at the end of the first lap. After an intense fight between Verstappen Y Hamilton, the seven-time champion touched the Dutchman at the entrance to Copse, sending him against the protections.

The brutal accident, which occurred at 51Gs of force on impact, forced not only Verstappen was sent to the hospital to be checked by the doctors, but to raise the red flag and stop the race for a few minutes. The beneficiary was Charles Leclerc, who took advantage of the blow between the ‘wolves’ of the World Cup to put himself first before it was announced that they should all return to the pitlane.

The resumption left two protagonists. One was Fernando Alonso, which very aggressive (and despite a somewhat hesitant highlight), left an overtaking of many carats to Sebastian vettel outside on Copse’s own curve.

The other was Charles Leclerc. With Hamilton sanctioned with ten seconds for the accident, the Monegasque began to report that he was suffering from motor cuts. The seven-time champion was warned about it, and despite the fact that he began to suffer ‘blistering’, he gritted his teeth to try to hunt down the Ferrari.

READ:  Very soon you can open your BMW with the iPhone

Bad saves from Sainz and Alonso

The pit stops weren’t even good for Carlos Sainz not even for Fernando Alonso. Both lost time due to problems with the lug nuts on the front left and rear right tires respectively.

For the Ferrari it was a problem because he lost the ‘top 5’ with Daniel Ricciardo and he was forced to fight his replacement at McLaren until the end of the race. For the Alpine it was not a good stop either, but in this case he was able to overtake Lance Stroll on the track, despite having very cold tires.

Realizing that he had a golden opportunity, Hamilton began cutting back at fast lap pace over Leclerc to try to achieve victory. The seven-time champion fell to less than a second with three laps to go, and with two laps to go, he took first place.

In front of an aroused crowd of Silverstone, Hamilton achieved his eighth victory in front of his audience to get back into the fight for the title. Although Verstappen continues to lead, there are only 7 points of difference that the seven-time champion has to cut.

The next appointment of the championship will be the Hungarian GP, ​​this under usual format, the weekend of July 30 to August 1.

How to change the country/region code for Xbox 360 games?