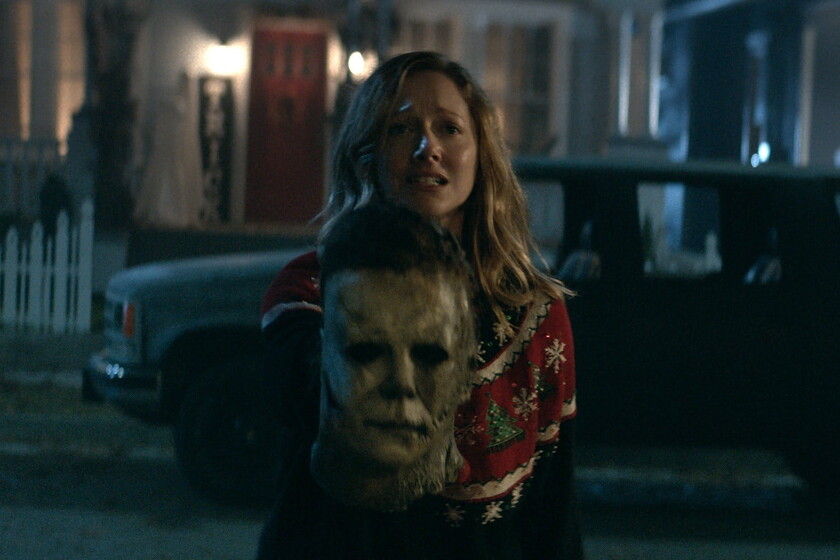 Approaching 100 million gross worldwide, ‘Halloween Kills’ is already another hit from the Blumhouse factory, championing mainstream fantasy and horror in recent years. The second film in David Gordon Green’s trilogy has generated division of opinions, but one of its protagonists, Judy Greer, is clear that the end of this chapter is what it had to be.

This text contains spoilers for ‘Halloween Kills’, so maybe you should steer clear if you haven’t seen the movie.

I’m not going to be the one to question one of the hits of the season. Personally, I can say that I have not liked practically nothing of what I have seen in these two works. The score and the mask are the only attractions that I see in a film that, I think, is too sincere when it comes to be so cheerfully reactionary. But I will leave that for another type of article. Let’s get to the point and the statements of the actress.

Laurie Strode has seen her life and dreams vanish forever the day Michael Myers crossed her path. Forty years later, he thought that it was all over (again) when, together with his daughter and granddaughter, they set a trap for him to end his evil once and for all. But in ‘Halloween Kills’, after a stark line of Jamie Lee Curtis’ character (the only decent one he has in the whole movie, and it’s in the first minute), Myers rises from the ashes to continue killing while the Strodes are. And Judy Greer has spoken and offered her point of view on the ending of the film.

Read:  Christopher Nolan responds to the compliments to the director of Dune

With a sad and unfortunate ending to face the closing with ‘Halloween Ends‘, Judy Greer hopes the closing of the second film will anger the audience. ‘Halloween Kills’ is not a movie destined for a happy ending, and the death of a main character, is a great way to prepare for the final showdown.

“I wasn’t too surprised to see the ending, but of course I was pretty bummed about it, but I think it’s the right thing to do. We all have more fun making these movies. We are all friends. We celebrate it and it’s really fun. That’s what I’m going to miss now and that’s why I was discouraged“Indeed, the character of the actress, Laurie’s daughter, die in the last breath of the movie.

The actress is sad to not repeat the experience of being on the set for ‘Halloween Ends’, but is also aware that Karen’s death during was the “right thing” for the arc of the trilogy. If we thought that Laurie was already traumatized by Michael Myers, now her own daughter has been killed by him. “In fact, I want people to be put off by it. I want viewers to be upset, but at the same time I want them to love the movie for that very reason. I guess I hope they have the same reaction as me, which was the right thing to do. They have to accept it but also yell Nooooo!“I screamed that all the time while I was watching her, yes.