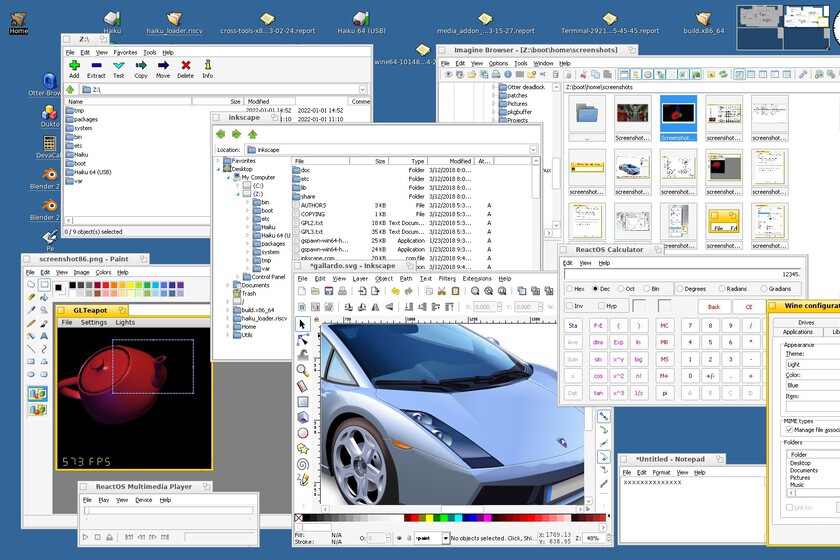 The ‘open source’ operating system Haiku has had a new experimental functionality for a few days: the ability to run Windows programs unmodified, thanks to the inclusion of WINE (the software that acts as a Windows ’emulator’ for Linux environments).

Despite his minority status, Haiku It is not intended as a mere experiment, but rather a solid and well-designed operating system, despite its hardware support issues. However, the recent addition of WINE provides quite a leap when it comes to its catalog of available software …

…that are in addition to those of MS-DOS (available thanks to the previous inclusion of DOSbox) and the multiple ports of Linux applications that it has been adding in recent years thanks to the work of its small but enthusiastic community of developers and users.

Also in this last field Haiku has experienced novelties, as it is also very recent its direct compatibility with X11 applications (that is, programs for Unix environments with a graphical interface) without the need to install X servers.

But, if it is not the umpteenth Linux distribution … Where did this ‘Haiku’ come from?

The successor to good old BeOS

Mid-90s. Parallel to the launch of Windows 95, a company called Be Inc. presented its BeBox computer, equipped with its own operating system: BeOS, already then focused on the Internet and multimedia support and with capabilities that would take years to reach consumer versions of Windows, such as multiprocessor support.

It had even more merit for being, of all the operating systems competing on the market at the time, the only 100% recently developed, lacking legacy code. But, as always happens in these cases, the success or failure of an operating system does not depend solely on its functionality, performance or ease of use.

BeOS ended up dying before the occupation of its market niche, thanks mainly to the monopolistic policies of Microsoft. Its last moment of glory was the time when it was about to be bought by Apple to become the basis for the new Mac OS X, an opportunity that passed by and that led to the sale of Be Inc. to Palm.

Right at that moment, the OpenBeOS project emerged, based partly on the (released) code of some BeOS components, partly on code written from scratch. OpenBeOS, born in 2001, quickly became Haiku (for trademark reasons), but it would not reach its first beta version until 2018. Since then, it is true, they go out to a beta per year (they are already going for beta 3).