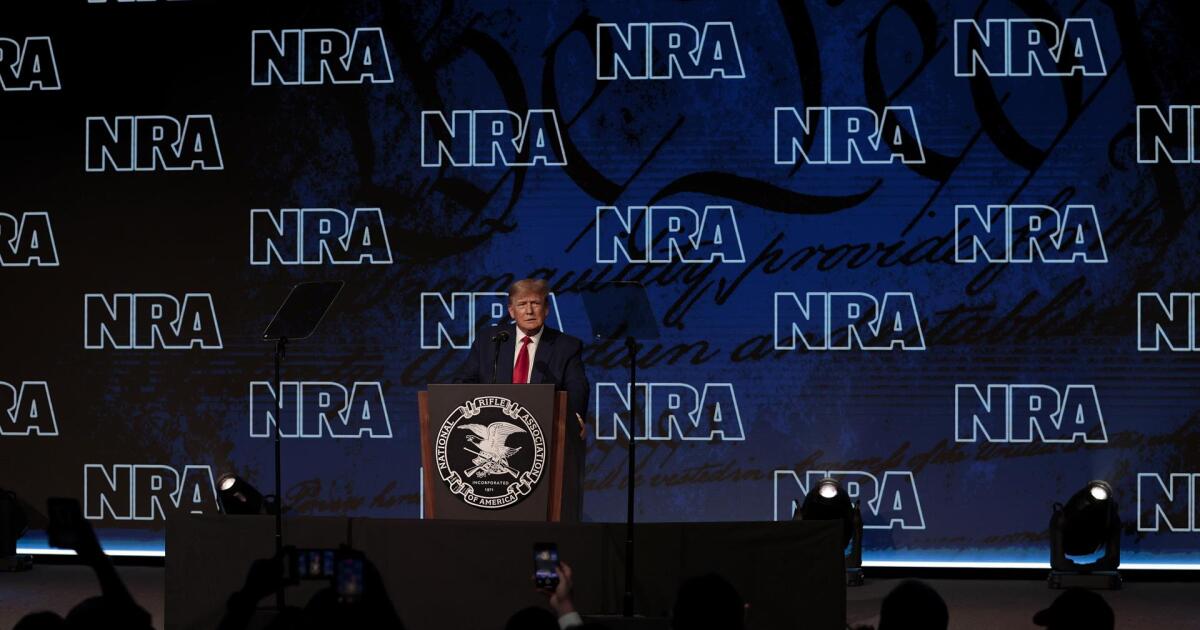 During his participation in the annual convention of the National Rifle Association (NRA), which took place in the state where the attack occurred, he believed that the solution should be to place metal detectors at the entrances of schools and build doors that can be locked from the inside to prevent “intruder access”.

The former president, who was applauded several times at the event, began his speech by lamenting the massacre, which he described as a “savage atrocity”, and read the names of the 21 victims with the sound of bells ringing in the background.

Trump placed all the blame on the shooter’s mental health, ignoring the role of weapons in the shooting. “The monster that committed this crime is pure evil, pure cruelty, pure hate,” he said.

The Republican made a strong statement in defense of the Second Amendment to the Constitution, which enshrines the right of Americans to own guns, and lambasted Democrats for “using the tears of families” to call for greater gun control.

“Whenever a disturbed or insane person commits such a horrible crime, there is always a grotesque effort by some to use the suffering to further their extremist political agenda,” he said.

He also criticized the “blaming” of the tragedy on the “wonderful NRA” and paraphrased a saying that “the only way to stop a bad guy with a gun is a good guy with a gun.”

“When Joe Biden blamed the gun lobby, he was talking about Americans like you, and he was suggesting that Republicans are okay with allowing these school shootings to happen,” he said of the president’s speech Tuesday after the massacre.

Read:  Argentina wants bitcoin, but the IMF gets hives if it loses control