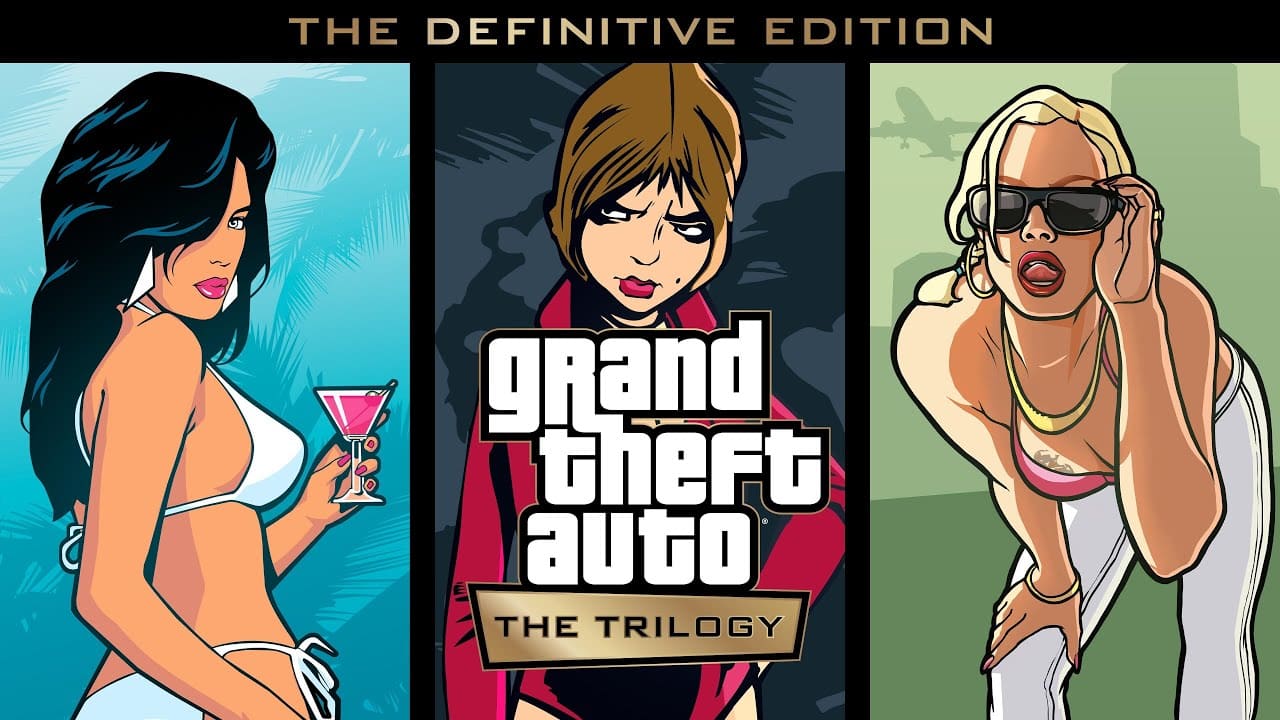 It took a long time for Rockstar’s classic and epic GTA trilogy to make its appearance in remaster format, promising from its rumored appearance to its effusive release that it would be one of the great jewels of this second half of the game. 2021. However, everything has been clouded with a huge wave of bugs, bugs and lack of affection, That has been worth a shower of criticism of the company by the players, very well justified. If you want to find out everything, I invite you to take a seat and read this analysis of GTA: The Trilogy – The Definitive Edition on Xbox Series X.

Heists, robberies, gangs, hoaxes and much more brings us the trilogy of classic GTA games, made up of GTA 3, GTA Vice City and finally one of the most beloved, GTA San Andreas. How to forget those classic afternoons at home playing one of the iconic games of that time, more than 10 years ago. His return was a very high bar for Rockstar, players wanted to see something great from the classics, but sadly, the rod was high up, causing the company to stumble into the void.

Index hide
1 These are the main bugs that the GTA Trilogy Remastered update has fixed
2 The legends Claude, Tommy and CJ
3 When the legends begin to reel
4 The fall of legends
5 Analysis of GTA: The Trilogy – The Definitive Edition – Conclusions

The legends Claude, Tommy and CJ

Great stories, great outcomes and great conflicts make up this collection of games, GTA classics, that transported me many years ago. It is rare to have to analyze such an old game, that everyone already knows and that had its analyzes back then, so I will only focus on what it felt like to play these titles again.

To begin with, how not to have constant dejavú when playing these games, starting in the order that I played more than 10 years ago: GTA 3, GTA Vice City and GTA San Andreas. The stories, although today they are still powerful, where betrayal, family and friendship become relevant throughout history, sometimes (and in the eyes of this decade) some breaks, outcomes and secondary missions are quite forced and not very organic. Now time is right, clearly, but years ago they were the best stories ever told and played. I still feel the same as I did when I played them in the past, where as I progressed through the iconic betrayals of the games (you will know what they are), I felt the same rage, grief and surprise. A too beautiful and nostalgic trip.

I think that today, this section of the story is the only thing that can be fully defended from this remaster, since you cannot make technical changes to something intangible. However, they could have given some extra incentive, maybe an untold story, a hidden DLC or something like that, It would have been a very rewarding wink and gift for fans.

When the legends begin to reel

After the moment of the first emotion, where we are downloading the game on our Xbox, comes the first contact, the introduction to the worlds and the first notions of the gameplay. This is where the wave begins to form.

First of all, when starting the games, you do not deduce or think a greater problem than is seen graphically at the first moment (which I will talk about later), but it can be handled and given a chance if you have hope in the playability that this. The truth is that, to be a remaster in the new generation of consoles, the gameplay is too poor, without drastic or deep changes that invite again to become addicted in the adventures, quite the contrary, it gives the feeling of being a copy and paste, literally.

Rockstar mentioned when introducing these remasters that the gameplay had been tweaked to suit today’s consoles, defining aim and a ton of other mechanics. The truth is that if, credit must be given for the sight of the weapons, which is now much more “precise” and “intuitive”, but it only goes so far.

Read:  review with trailer and game experience for Xbox 360

The walk of the people, animations, when they get into the cars, run, ride a bicycle and a couple more, they are rough, without definition, they lack naturalness. I wish that In this section, the company has put more effort, more affection, and has adapted everything in a more intuitive way. But no, he stayed in the same game more than 10 years ago, without profound changes, not reconstructing his iconic stories so that players could enjoy them again, in an updated way. A shame.

The fall of legends

The technical section is the most serious and negative point that these remasters have, where you can see the little dedication and affection that Rockstar has put in the games, to the point of becoming a center of criticism, memes and even the nickname of “Cyberpunk of 2021 “.

From my experience playing on Xbox Series X, I must say that it has not been as terrifying and fatal as PC gamers have experienced it, where the failures and bugs are much greater. While resolution-wise games look great, sharp at 4K, the fps is what detracts from the experience. Choosing the performance mode, all 3 games run moderately at 60 fps, having their lows when there is a lot of action on the screen, like chases and so on. It should be noted that we are talking about a game from more than 10 years ago, so the optimization should have been perfect, without more.

Regarding the textures and lighting of the landscapes, It must be recognized that here if a good job has been done, It is what stands out the most from the remasters, since it is seen immediately after starting to drive through the cities. Nevertheless, the textures of the characters and cars leave much to be desired, being deficient to say the least. They are not convincing, cars look without reflections, without reliefs, opaque as if they were made of plastic. The above causes us to want to see the original texture. A setback without a doubt.

Of the entire collection, I have been pleasantly surprised with GTA Vice City, which is the one that presented the least bugs and failures. Quite the contrary, GTA 3 is the one that is the worst optimized, being sometimes very heavy having to be playing and seeing flying cars, people walking in the air, shadows that disappear and a long etc. It is incredible that, despite the long years, the company has not fixed the bugs that the game originally had, being in evidence the little work and intention that Rockstar had with GTA: The Trilogy – The Definitive Edition.

Analysis of GTA: The Trilogy – The Definitive Edition – Conclusions

A great definitive collection of the GTA saga Rockstar promised us with this remaster of great classics, which strictly speaking, should have been a success in the second half of 2021, keeping the fans more than satisfied. However, the title itself is quite funny, there is no doubt, but the constant mistakes and lack of work make it become one of the worst mistakes and crashes of the company, with an image seriously damaged by not trying a little more and giving the players what they deserve, after years of loyalty.

Now we just have to wait and see how Rockstar fixes these games and turns them into what they should always have been, an unforgettable trilogy. The company has already announced the corresponding apologies, and is working on fixing all the errors that have occurred these days, in games that despite their incredible and nostalgic stories, They could not reach the level that Rockstar himself has us used to.