Bullfrag
Home Smartphone Apps Group video calls with up to 1000 viewers reach Telegram, and along... 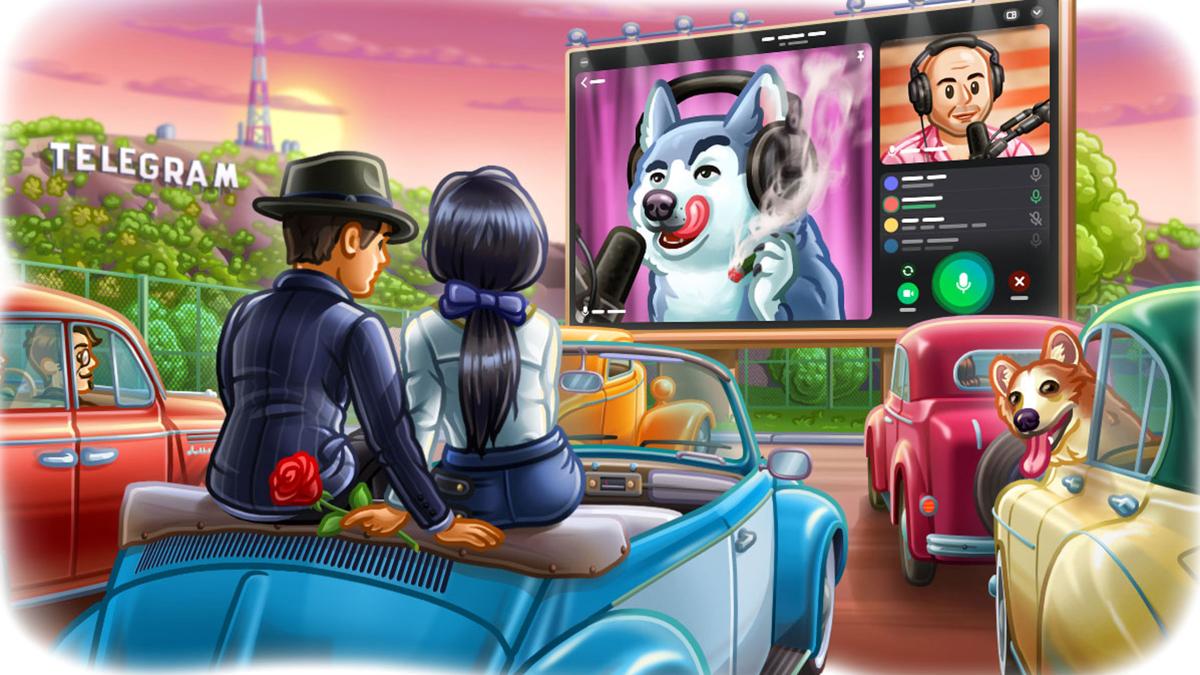 
These are all the news that have just reached Telegram, and we have up to video calls with up to 1000 viewers, 2.0 video messages and different new video playback speeds.

Telegram is updated, and betting the most on group video calls increasing its capacity to 1000 spectators being able, in this way, to celebrate mass events.

But in addition to the increase in viewers in group video calls, video messages are also recorded with higher quality, normal videos can be seen at a different speed and they have also added the shared screen with sound, along with other novelties.

As we told you, the Group video calls reach version 2.0 And it is that now they allow up to 30 users to transmit videos from their camera and screen, and these 1000 people can act as spectators.

Curiously they affirm that they are going to want to increase this number of spectators until all the human beings of the Earth can join.

We also have the video messages 2.0 that have a higher resolution and where we are also allowed to click on a message of these characteristics to enlarge it. In addition, you can pause these enlarged video messages, even forward or backward to see it in greater detail. Another novelty is that the media player now allows speeds of 0.5x, 1.5x and 2x.

Another feature is that the Screen sharing option has been added to calls between two users now including the sound from the device when transmitting in any video call. So when you turn on the video during a call you can swipe to choose one of the cameras or share the screen.

There are other news that you can read through the official website of the ad and that you are sure to love them to justify updating Telegram, possibly the best alternative to WhatsApp.

Yazeed Al-Rajhi conquers the victory in a complex Baja Italia