Grim Guardians: Demon Purge is the new cooperative metroidvania by the creators of Bloodstained: Curse of the Moon 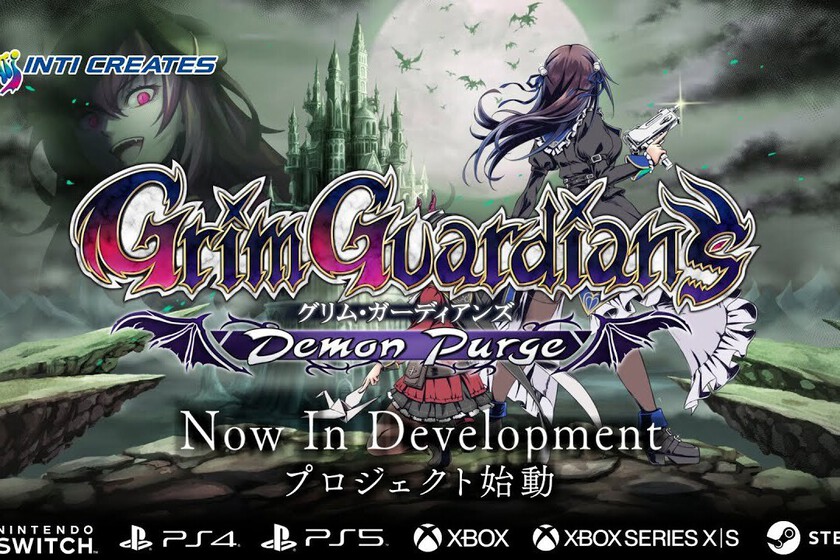 Inti Creates, the studio responsible for Bloodstained: Curse of the Moon, has announced a new video game that it is developing under the name of Grim Guardians: Demon Purgewith which once again we cannot avoid remembering the classics Castlevania being a metroidvania of action and platforms in 2D.

The protagonists are two demon slayers who were out of school while on a mission. However, when they return they find that the place has been transformed into a demonic castle, so our objective will be to eliminate all the creatures that inhabit it with the help of the skills and abilities of each of the sisters.

In the case of Kamizono, the older of the two, she will specialize in ranged attack with her rapid-fire submachine gun, while Maya, the younger sister, prefers close-range combat with various weapons that will be made of origami. Therefore, the combination of the characteristics of both will be essential to break through.

Therefore, we will have to think carefully when to use each one while we travel from one side to another through the different rooms of this castle, where secret routes and rooms where imposing final bosses will await us will also be hidden. Also, has a cooperative multiplayer mode so that each of the players can embody one of the heroines.

Grim Guardians: Demon Purge It does not have a release date, but at least we know the platforms on which it will go on sale. So, you can get hold of it on PS4, PS5, Xbox One, Xbox Series X/S, Nintendo Switch, and PC.